The Weekly Photo Challenge this week is: Face.

It always fascinates me to find unusual artwork in unlikely places. I also love folk art. There are some places that I have traveled that seem to be havens of folk art and street art.

Here, for example, is a mailbox I photographed in the old part of Havana, Cuba:

The San Antonio Museum of Modern Art in San Antonio, Texas, has many examples of faces in folk art. Below are just a few of them.

Masks (explained in next picture) 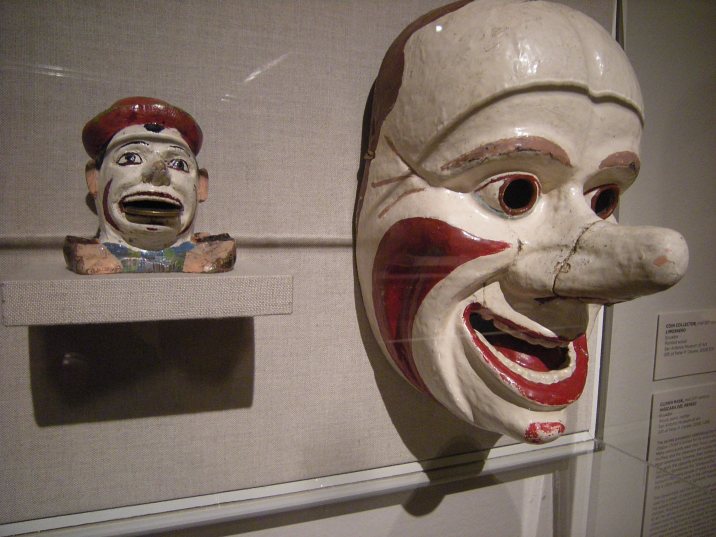 Oso (Bear) (painted wood); Toro (Bull) (painted cement, iron) by Felipe Archuleta – (NM, USA). He was a carpenter who had a vision that the Lord told him to “carve wood” so he began a productive career as an artist, carving a menagerie of animals. At San Antonio Museum of Modern Art:

Oso (painted wood, rubber claws); Toro (painted cement, iron) – Felipe Archuleta – (NM, USA). He was a carpenter; had a vision that the Lord told him to “carve wood” so he began a productive career as an artist, carving a menagerie of animals.

Oso (painted wood, rubber claws); Toro (painted cement, iron) – Felipe Archuleta – (NM, USA). He was a carpenter; had a vision that the Lord told him to “carve wood” so he began a productive career as an artist, carving a menagerie of animals. 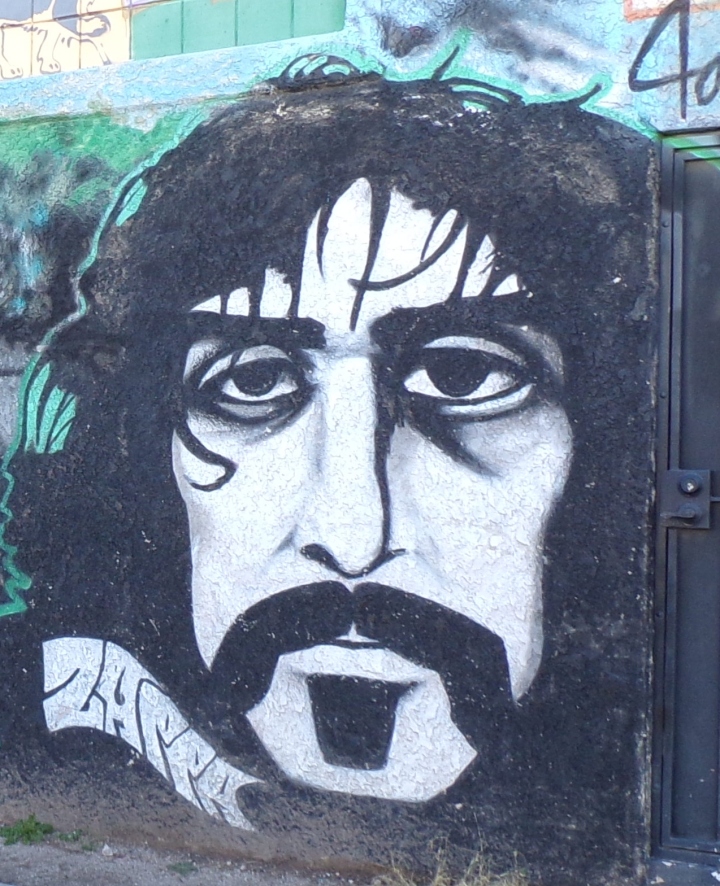 Finally, here’s my husband Dale, posing in a “frame” which we found in a plaza in Tucson, near downtown:

For Cee’s Fun Foto Challenge this week, the theme is single flowers. Come tiptoe through the tulips with me! (All were taken of tulips in my garden.)

Some of the tulips I planted several years ago, like the white one below:

Others are new this year. Last October, my husband and I were in Holland, Michigan. The main tourist attraction,Veldheer’s Tulip Factory (it also has a wooden shoe factory and Delft china factory), was open even though no tulips were on display.  However, you can buy tulip bulbs there and choose from almost any species of tulip there is! They give you a paper bag and you go around picking the bulbs you want. Each species had a picture of the flower and an open bin of bulbs below. They charge by the number you put into your bag. Of course, by the time I was finished, I had no idea which bulb was which!

So I got a beautiful surprise this spring when many of the bulbs produced a variety of colors and types of tulips! Below are some of these. 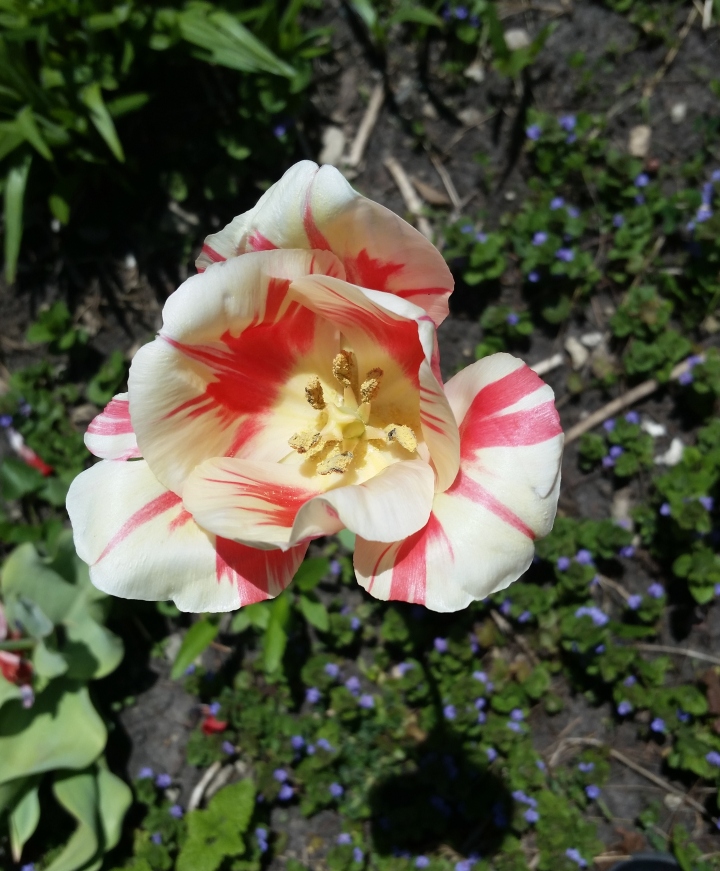 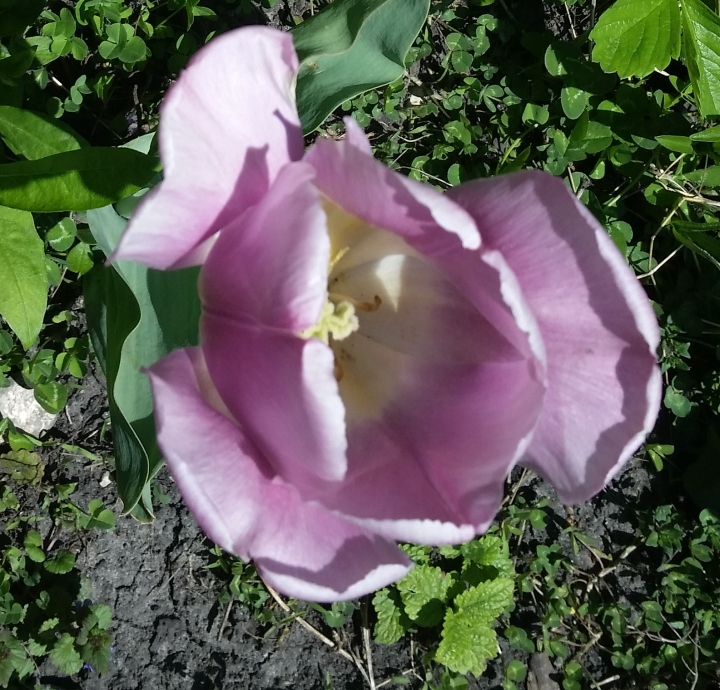 Finally, this is my favorite of all – it’s so delicate and such a beautiful color, as if painted with a paint brush.

Luggage packed.  Shoes worn.  House locked. She left for another journey. Another adventure. A new experience. She set out in yet another attempt to find something she hadn’t lost. In search …

Source: Home away from home

The ducks were like pets (Cee’s Fun Foto Challenge) at the last school I worked. There was a great view of them from the windows of the cafeteria.

Every spring a mother duck would fly into an enclosed courtyard. There she would lay her eggs, incubate them, and when they hatched, teach her ducklings about the world around them. The students and staff would watch them every day.

Mama duck took good care of her young until they were grown up enough to fly away on their own.

This female duck returned every year because one of the teachers provided her with water to drink and little fish and grain to eat.

The teacher made a little swimming pool for the ducks by inverting a children’s plastic pool to make it accessible to the baby ducklings.

One year, the ducklings grew up and flew away just before the end of the school year. The following year (my last year), unfortunately, the ducklings were all snatched up by a hawk or an eagle.

The bereft mother stayed around for a few days, as if she didn’t know what to do. Eventually, she flew away, but she probably returned again this spring.

I have renamed my “Word of the Week” feature to “What’s That Word?” because I haven’t posted it weekly or on Wednesdays. I compose it when I have time and am inspired by interesting words I want to research.

I recently was looking at book reviews of titles that sounded interesting from Amazon.com and came across a novel entitled Middle C by William H. Gass, published in 2013. Since I am interested in anything related to music, I checked out the review of this novel. It is about an obscure professor of music, but that is only a small piece of it. It is a bildungsroman novel, which is a type of novel sometimes called a “coming of age” novel in that it focuses on both the psychological and moral growth of its protagonist.

The web site Literary Devices defines this type of novel:

A Bildungsroman is a story of the growing up of a sensitive person who looks for answers to his questions through different experiences. Generally, such a novel starts with a loss or a tragedy that disturbs the main character emotionally. He or she leaves on a journey to fill that vacuum.

During the journey, the protagonist gains maturity gradually and with difficulty. Usually, the plot depicts a conflict between the protagonist and the values of society. Finally, he or she accepts those values and they are accepted by the society, ending the dissatisfaction.

The purpose of a bildungsroman novel is to depict and criticize those aspects of society which cause the protagonist to suffer. The protagonist is a sensitive individual who feels these problems acutely and ultimately cause him/her to change his/her life.

This same web site gives examples of well-known novels that fall under this subgenre:

David Copperfield by Charles Dickens. This novel traces David Copperfield’s life from childhood to adulthood. The “transformational arc” essential to all good novels is that there is a change in David’s “undisciplined heart” when he chooses to marry a sensible woman who has always loved him. 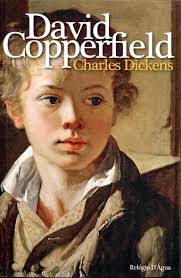 A Portrait of the Artist as a Young Man by James Joyce. This is a coming-of-age novel concerning the life of Stephen Dedalus. The story starts with Stephen at a boarding school at the age of 16. Through a series of personal tribulations, he decides to become a cleric. But later he has another change of heart and decides that being a cleric is a “waste of time” and he turns to living in society and innovation as an artist. 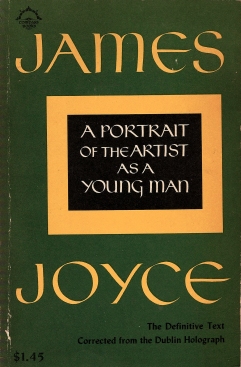 Never Let Me Go by Kazuo Ishiguro. This is a science fiction novel, that tells the story of Kathy in three stages of life: Childhood, Adulthood, and Donor. Kathy was carefree and free-spirited in her youth. When she becomes an adult, she is less emotional as she looks back on her past. Then in the final section, her organs are harvested to donate to others. As a mature woman, she accepts the life of herself and her friends.

Middle C by William H. Gass. The novel describes the life of Joseph Skizzen, the protagonist as well as his moral philosophical musings about how horrible humankind is. It starts with his father’s escape from Nazi Germany with his family, passing themselves off as Jewish by changing their surname. Once in America, he lives a mediocre life, plays the piano passably well and develops an interest in classical music. He becomes a professor of music at a small Lutheran collage. While telling the life of his sometimes dishonest life, the reader is introduced to his “Inhumanity Museum” with articles about inhumane acts throughout history which Skizzel has collected for decades and which are plastered all over his walls.

The origin of the word bildungsroman is German for “formation novel” or “education novel.”

Which bildungsroman novels have you read? Let me know in the comments section and your opinion of that (those) novel(s).