This evening, we attended an opera at the Teatro Guaira, a 3-day run of an unstaged production of an opera by Carl von Weber, a contemporary of Beethoven, called Der Freischütz, roughly translated to “The Sharpshooter.”  It was the first time this opera has been performed in Brazil.

The tickets were only R$10 (about U.S. $3.00) each – it is a government subsidized cultural event, part of a 2-week long “opera festival,” to be followed by similarly subsidized 2-week music festivals of other types of music, which take place annually.  The tickets, being so cheap, are sold out quickly and competition for them is fierce.  There are no assigned seats, so we got there as early as possible to find good seats. Long before the opera started, the auditorium, including the balconies, filled up completely – a sold-out performance! 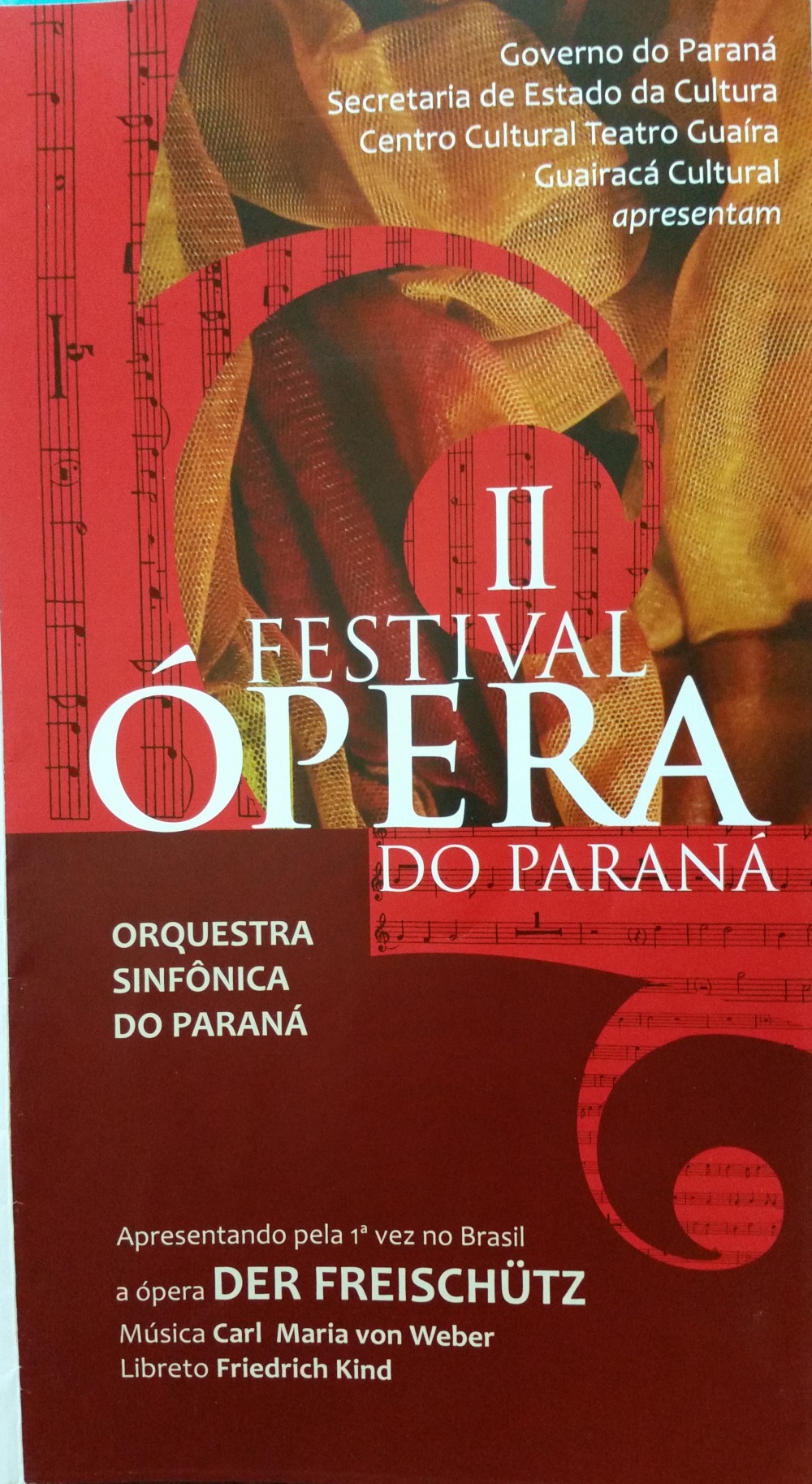 Some of the performers were invited specifically for this opera, but the orchestra was the Paraná Symphony Orchestra, in which two of Eliane’s cousins play, the Brandão sisters.  Maria Alice is a cellist and the other, Maria Ester, is an accomplished violinist, as well as concertmaster.

I translated the synopsis of the first act from the program for Dale. It was a Faustian tale, but with a happy ending!  All the supertitles were, of course, in Portuguese. One character, the Devil, spoke his lines directly in Portuguese; the rest sang in German.

I felt a bit sorry for Dale, who doesn’t understand either German or Portuguese, but he said he was content to just enjoy the performance for the music. What a good sport!