In Quebec City, our walking tour guide told us about poutine, which was invented in Quebec a few decades ago. It’s French Canada’s contribution to the cuisine of junk food! The main ingredients are: French fries, cheese curds, and gravy, and most often it has some kind of meat. There are many variations of this dish.

Our first evening in Montreal, I was looking at Facebook after we checked into our hotel and a pop up message informed me that there were three recommended restaurants near me.  One was a burger joint, one was a pizzeria, but the third one intrigued me – called Vladimir Poutine, their specialty was poutine!

We had not had the chance to try it in Quebec City, but now was our opportunity! I managed to persuade the others, none of whom were particularly enthusiastic, but they agreed. My argument was that it was a local restaurant nearby that serves food native to this area that we can’t get back home.

From the GPS map I had, it looked as if the restaurant was just around the corner, but in fact, it was a couple of blocks because it was halfway down a parallel street, Rue de la Montagne. That made it difficult for my sister Mary, who has mobility issues, but she took her time and eventually made it, quite out of breath.

Vladimir Poutine was dimly lit with a distinctly red tinge. The back windows were imprinted with onion domes evocative of Russia. 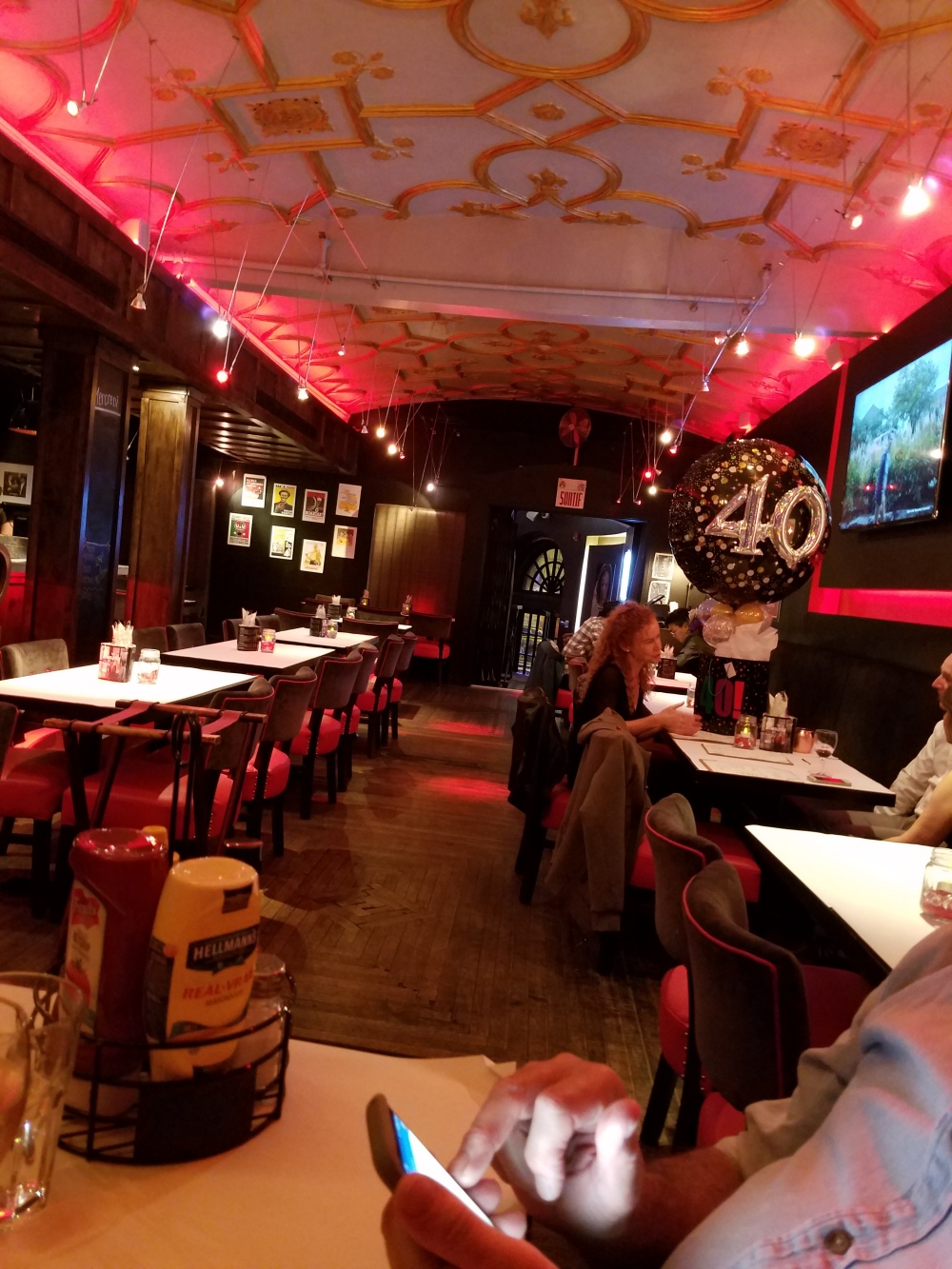 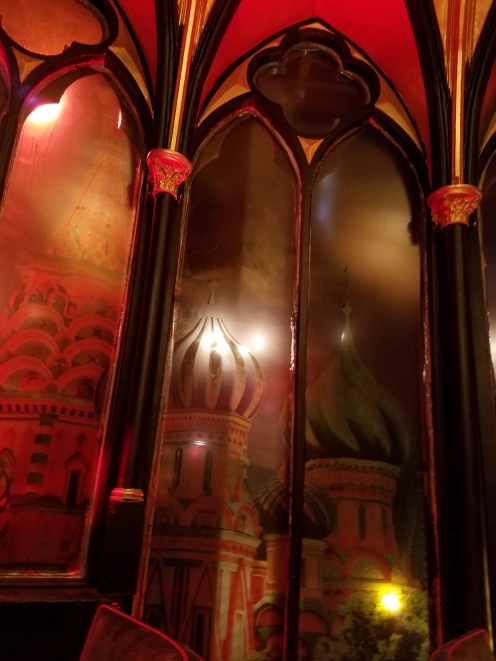 All the items on the menu were named after various politicians, most of them unpopular or despotic leaders. (However, there was a salad of some sort named “Barack.”)

We looked at the menu, and I decided to have the namesake dish: Vladimir Poutine, which consists of smoked meat, beet confit, crispy onions and Russian dressing, along with the basic ingredients of fries, cheese curds, and gravy.

Names of some of the other poutines: Mao Tsé Toung Poutine, Rasputin Poutine, Mussolini Poutine, Kim Poutine, Napoléon Poutine, and Fidel Poutine ( I would have loved this one – it is made with shrimp, scallops, and lobster bisque!). All of these are described, with photos and prices, on the restaurant web site: https://www.foodora.ca/restaurant/s1oy/vladimir-poutine

The next night, we were tired from sightseeing and decided to eat at a restaurant in the hotel building. Dale was adventurous that night – he ordered poutine!  It wasn’t very good – an excess of gravy, I think. The poutine at Vlad’s was definitely better!