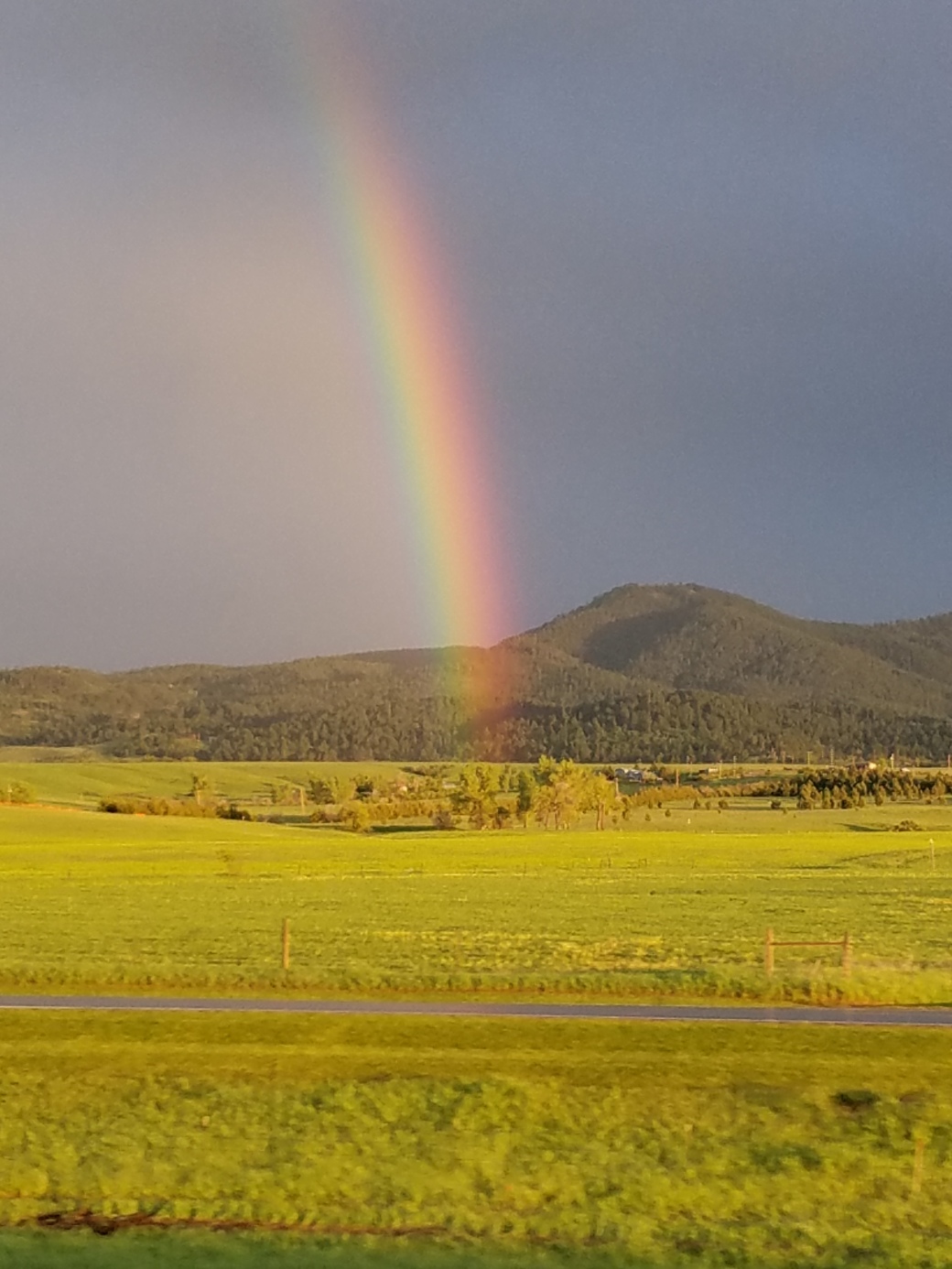 This brilliant rainbow appeared after a rainstorm and close to sunset on a May evening, on our way back to South Dakota after visiting Devils’ Tower. It’s my favorite because the rainbow was so nearby, that I could see it “touch” the ground. 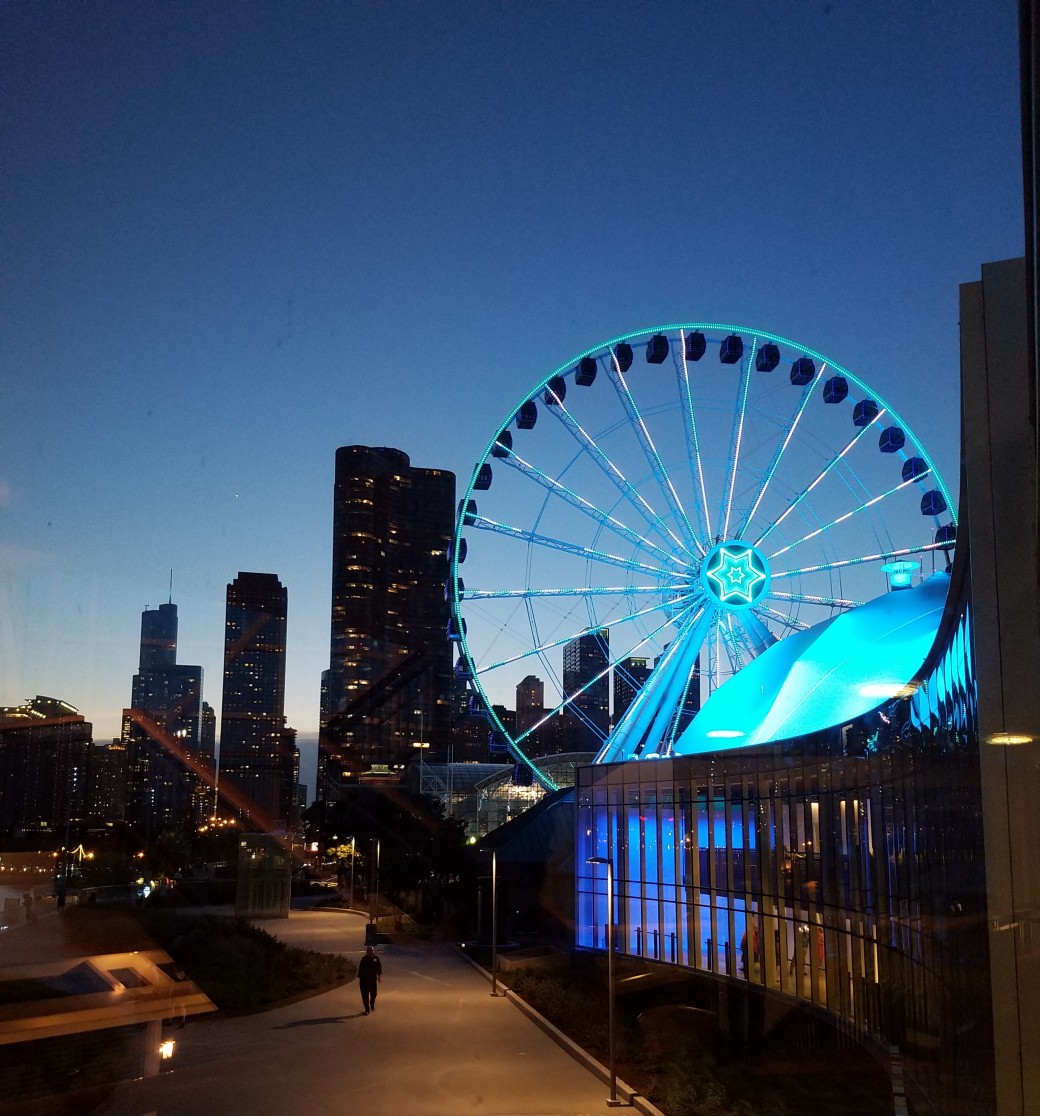 I took this photo from inside Shakespeare Theatre on Navy Pier in Chicago last September. It was just past sunset. I love the different hues of blue with the silhouettes of skyscrapers in the background. 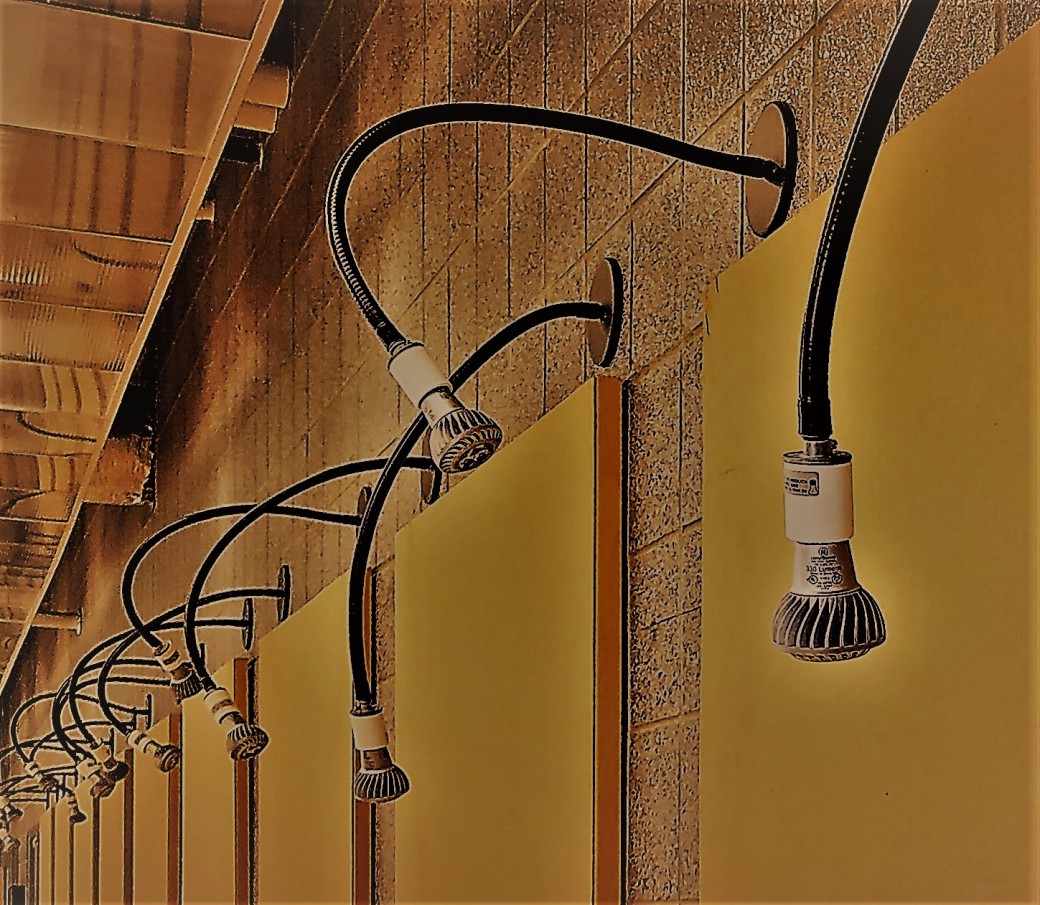 This is sort of an oddball photo, but it’s one of my favorites because of the subject matter. Leaving a lecture at a local community college in November, I passed a room with all these microphones sticking out of the wall. I’d never seen anything like that before and it just struck me, particularly the different bends in each of the cables, creating a sort of chaotic group of curvy black shapes. Then I played around with the light and special effects on the photo to create this result. The closest microphone has a sort of light aura around it, which I tried to enhance further, but couldn’t with my limited photo software. Anyway, I think it’s kind of cool and would like to take more photos of unusual subjects like this. 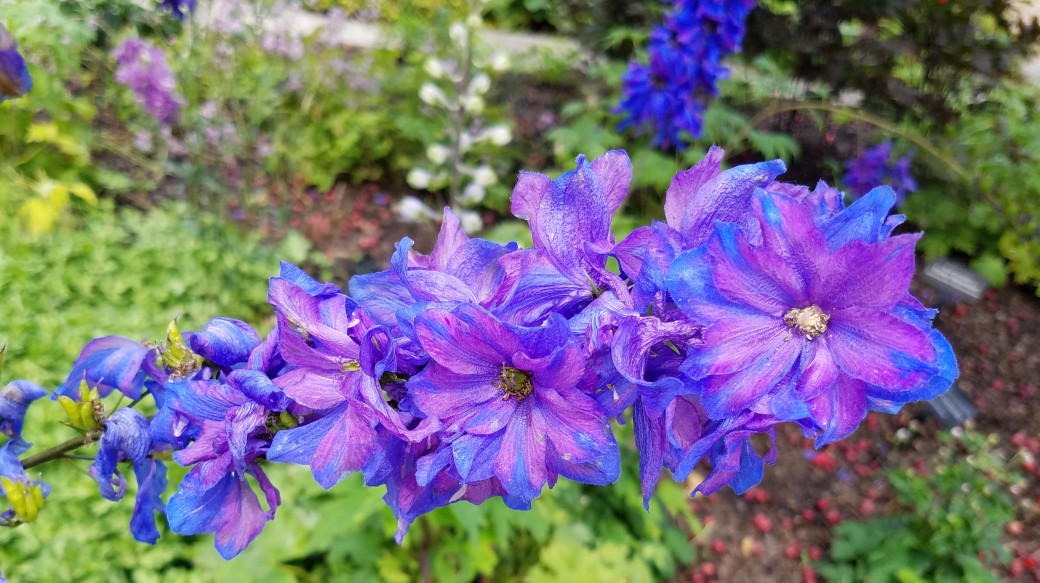 This is probably my favorite picture of flowers this year. I took it at the Chicago Botanic Garden in August. The purple and blue combination on the flowers is so vibrant.

Finally, I was excited to get so close to a pair of loons while on a pontoon boat ride on Lower Kaubashine Lake in Wisconsin with my family last July. I had seen them earlier in the week and knew they had a chick, which was fishing with them on that earlier day. On the pontoon ride, we somehow ended up coming between the loon parents and their baby! The pair approached the boat cautiously and we watched them so quietly, until they began to make distress calls (this is a sort of up and down trill and denotes a warning or danger). Everyone on the boat was trying to get Dale to speed up so we wouldn’t be blocking the pair from their offspring, who had begun to make a distress call back to its parents. Although it was exciting to see them up close and snap several pictures of them, we also wanted to leave them alone. Over the years we have been spending some summer weeks in northern Wisconsin, I’ve gotten to really love these beautiful water birds and the variety of vocalizations they make. Loons are very shy birds, even though they have, by necessity, become used to sharing their habitat with humans. This is a fairly recent phenomenon and so it is still special to be able to observe a loon family at such close range.