I have many “favorite places” in the world, too many to choose from, so I am restricting this post to my home town, Des Plaines, Illinois. My favorite place here is the public library. It is within walking distance so I usually walk there, sometimes three times a week or more than once a day!

This library opened in 2000, replacing the previous library, which the city of Des Plaines had clearly outgrown. In spite of this, some people complained that it was a waste of taxpayers’ money! However, I think building the new library was a worthwhile use of my taxes.  There was also a campaign to raise money by buying bricks for the plaza in front of the building, which are engraved with the names of the donors or in honor/memory of someone.

Another way the library raises revenue and gets rid of old books and videos is to have two book sales a year, as well as a side area with an ongoing book sale, which cost 50 cents to a dollar each – it’s on the honor system. 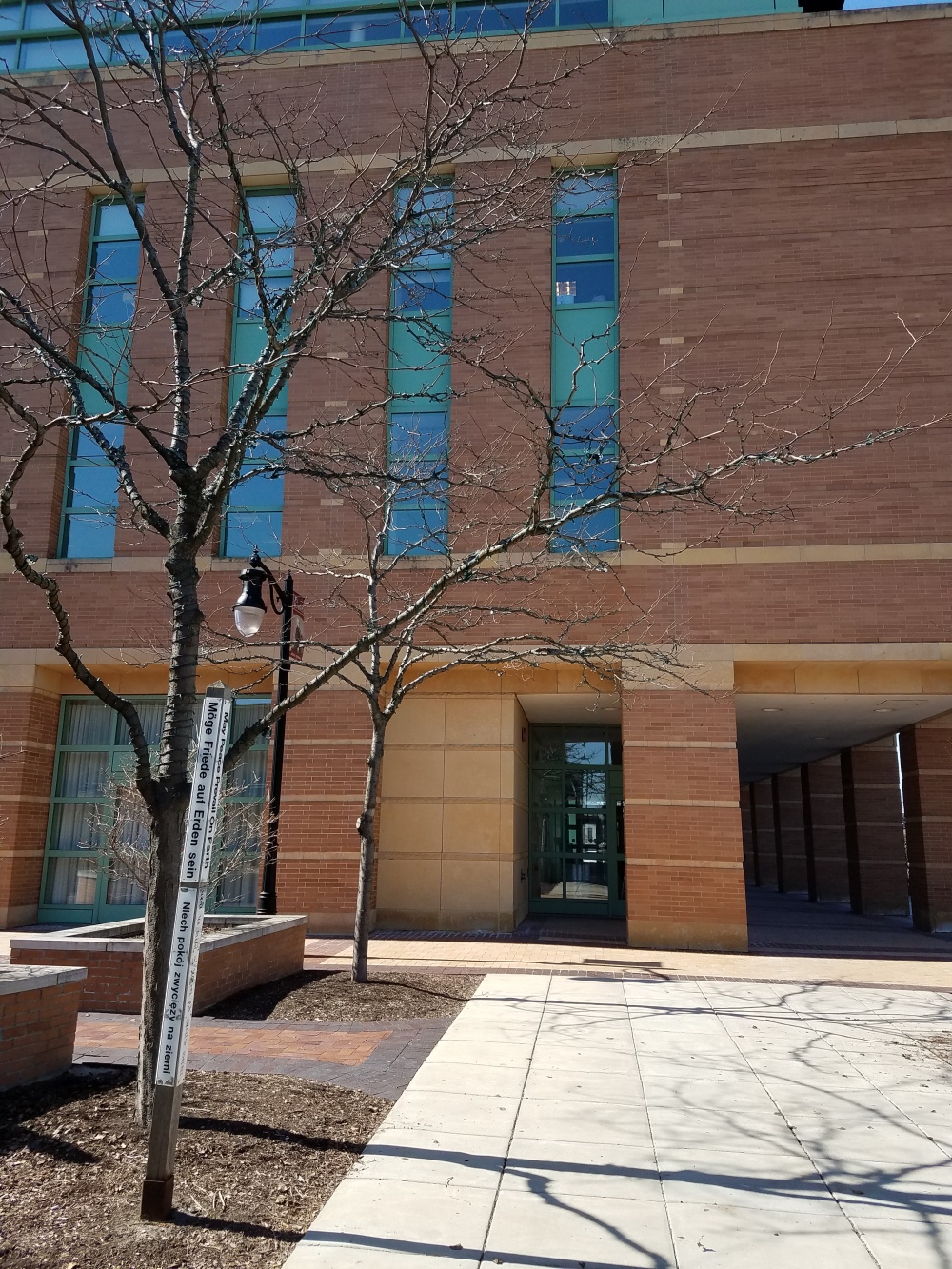 I love to read and I attend two book discussion groups at the library. Also, my memoir writing group meets there. This started as a memoir writing class for women, but when the class was over, some of us wanted to continue, and we’re still at it almost two years later!

Our local library also hosts many events, including once-a-month movies on Friday evenings and Sunday afternoons.

Recently, the library instituted a new policy of automatic renewal. Many libraries are doing this now. Most books will automatically renew for up to four months. The exceptions are new books or books with a limited number of days, or if someone has requested the book.

There are also computer classes, lectures, town hall meetings, information fairs, music performances – it’s hard to keep track of everything that goes on at the library!

Saying Nothing in Particular

But happily ... JT Twissel aka Jan

Photography and Thoughts About Life and Aging

A Journal Of Everyday Life