My husband usually chooses the road trips we take within the U.S. This year, he picked Route 66. Along the route are many quirky and interesting things. Parts are beautiful; other parts are depressing – shuttered, dilapidated buildings, rusting cars and trucks. But for an education in the American car culture, historic Route 66 offers a hands-on look at history and the development of roads (and cars!) and rails in the United States.

Route 66 starts (or ends) in Santa Monica, California and ends (or starts) in Chicago. It was the main thoroughfare for migrants in the 1920s and 1930s, but over the years has been realigned several times in several places, and then replaced with interstate highways and freeways, which bypass most towns and cities. 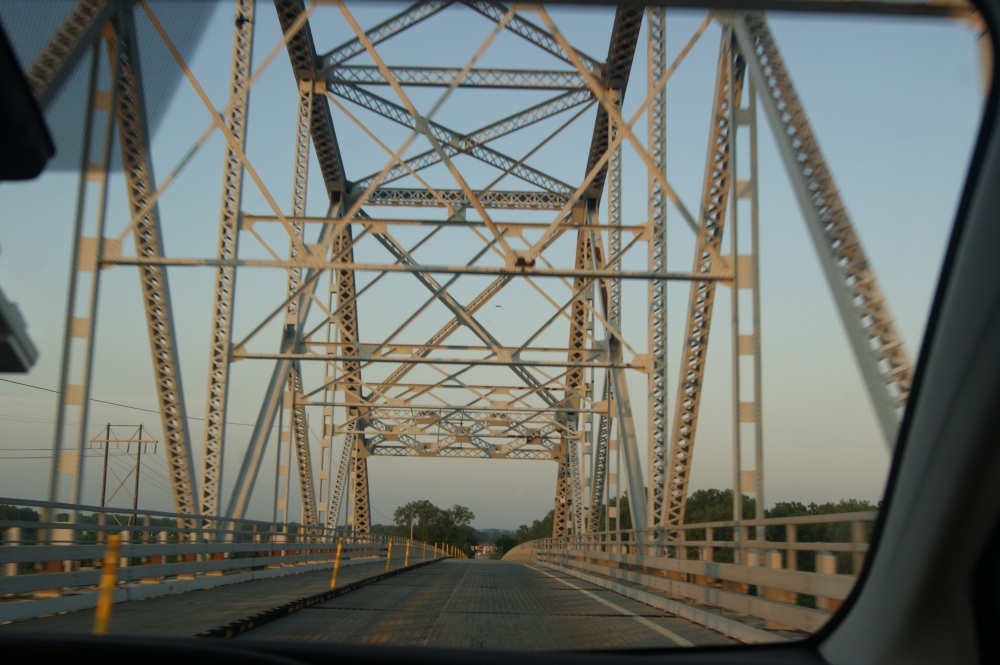 Much of it follows the railroad, so we saw many trains and train-related sights along the way. 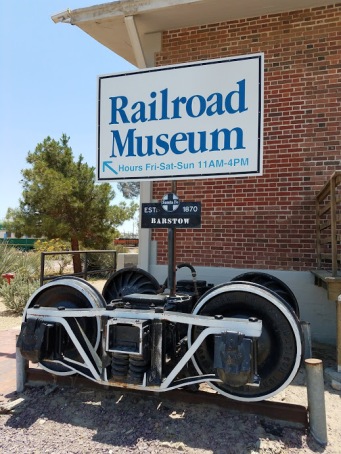 Our main resource was a Route 66 map obtained from AAA, but as we traveled, we saw things we discovered ourselves or picked up brochures with other suggestions.  We also chose the things that interested us – especially me, since my job for travel is the itinerary maker! It would take a much longer time to see everything Route 66 has to offer. Some of the places we chose met or exceeded our expectations, while others were a disappointment. 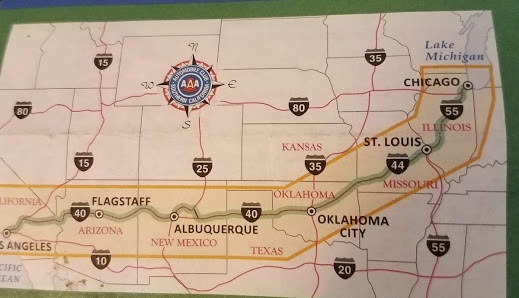 I would like this series to be a resource for others, so as I recount our experiences, I will also provide hints and alternative sights for you, my audience! Maybe you will find yourself itching to get YOUR kicks on Route 66! I also urge anyone who has additional information concerning the section covered in each post, PLEASE POST COMMENTS for the benefit of other readers.

To get to our starting point (we chose to start the route in California), we could have flown and rented a car. The other option was to drive to California, which is what we did. I will be blogging about the rest of our trip, also, but because of the interest in Route 66, I will begin with that part of our trip. Come along with me and get a kick out of my adventures on Route 66!