Last winter was a mild one for the Chicago area in comparison to others in recent memory. We got some snow, after which it thawed a bit, then turned cold. This made the roads and sidewalks icy and slippery. It became easier and less hazardous to walk on the crunchy snow than on the sidewalks – as long as you had your boots on!

I have lived in the Midwest most of my life and have never liked winter. It looks pretty after a snowfall and I appreciate the cycle of life with the changing of the seasons, but it’s just too COLD! Plus at my age, I am in danger of falling, especially when it’s slippery out!

I took this shot from a local park district walking track, looking down at the deserted park in back of the building. Most seasons, I love to walk on that path, which makes a 3/4 mile loop, but there was no one out there when I took this picture. You can see by the footprints in the snow that both human and animal had recently been walking through it, but not on the path, which was icy and slippery that day! 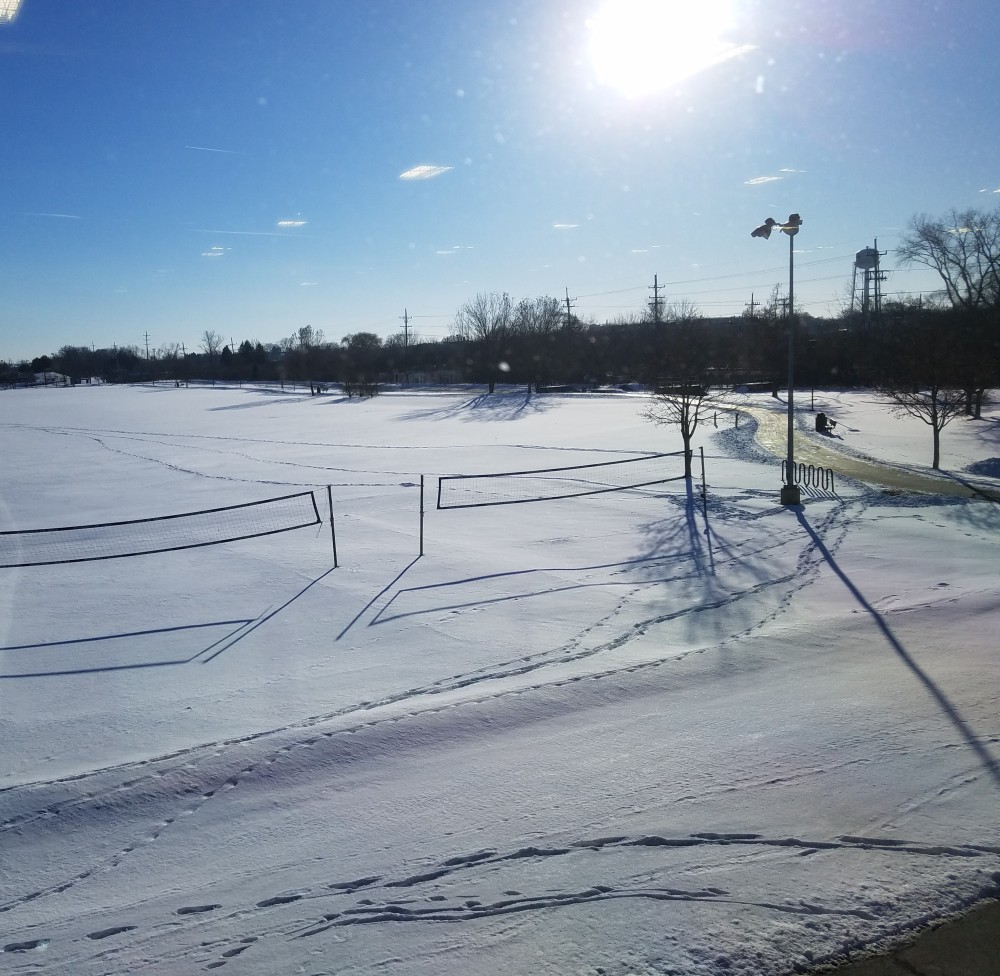