Posted on November 9, 2018 by amoralegria

During Open House Chicago on Oct. 13-14, we visited some beautiful churches in Evanston. The largest was the First United Methodist Church, the first church established in Evanston (prior to the building it is housed in today) in 1854. 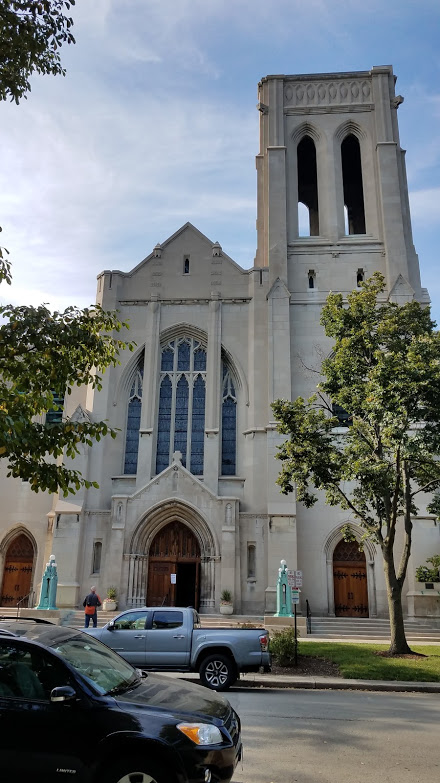 The current structure was built in 1910; the architect, Thomas E. Tallmadge, was a member of the church. The building was dedicated in 1911. 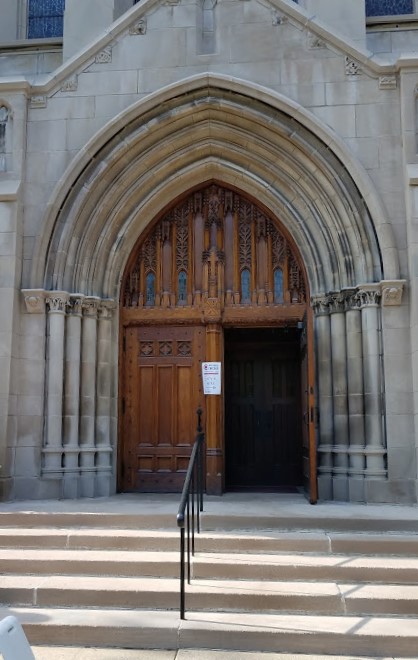 The inside of the main entrance’s double doors

Between the outer entrance and the entrance to the sanctuary

Another entrance on the front façade 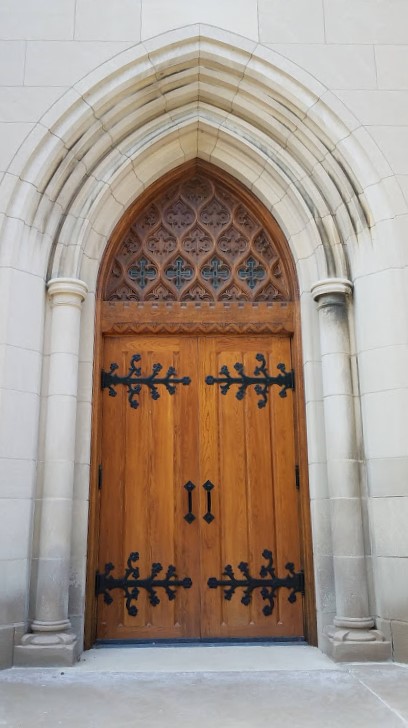 It is a Gothic style church, built like a cross (many old Catholic churches are built like this), called cruciform. Here is a view looking toward the altar, with its beautiful carved Reredos.

Facing the rear of the sanctuary

The Reredos, depicting the life of Christ, was designed by Ralph Adams Cram, an architect who supervised 50 Swiss and German artisans in its construction in 1930.

The Rose window above the Reredos was the first stained glass window installed in the sanctuary and was recently completely restored.

The organ has 4,865 pipes and was built by Austin Organ Company.

The transept stained glass windows depict the parables of Jesus and the works of Jesus. 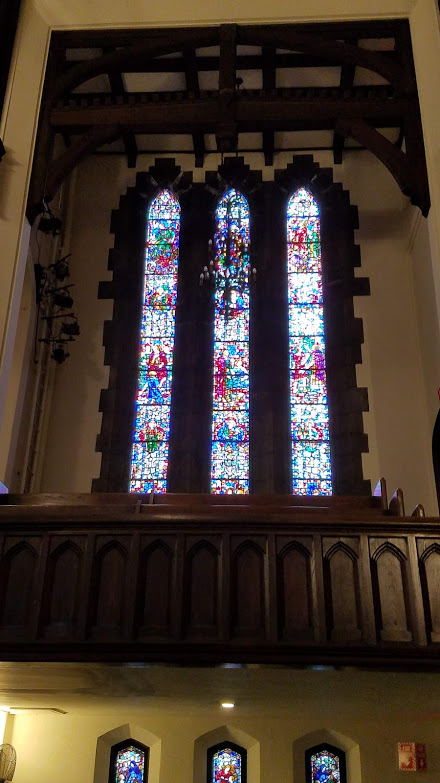 The six small windows under the large transept windows depict the Acts of Mercy as enumerated by Jesus.

The “Te Deum” window above the balcony in the back of the sanctuary is designed to be a hymn of praise. 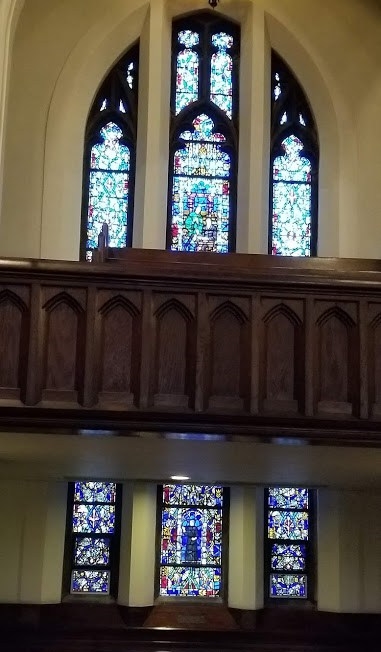 A cloister separates the main sanctuary with a smaller chapel. The labyrinth was added in 2017. 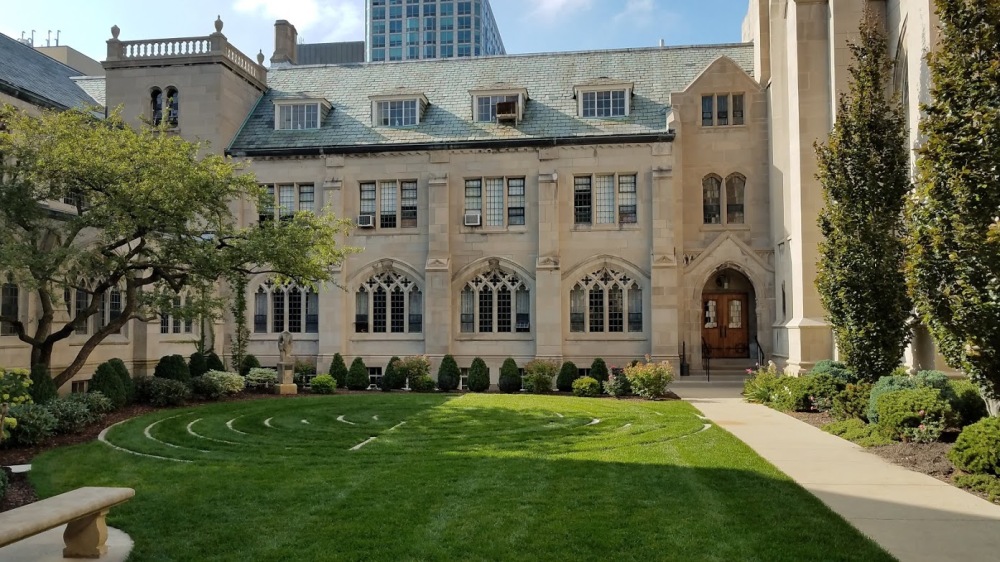 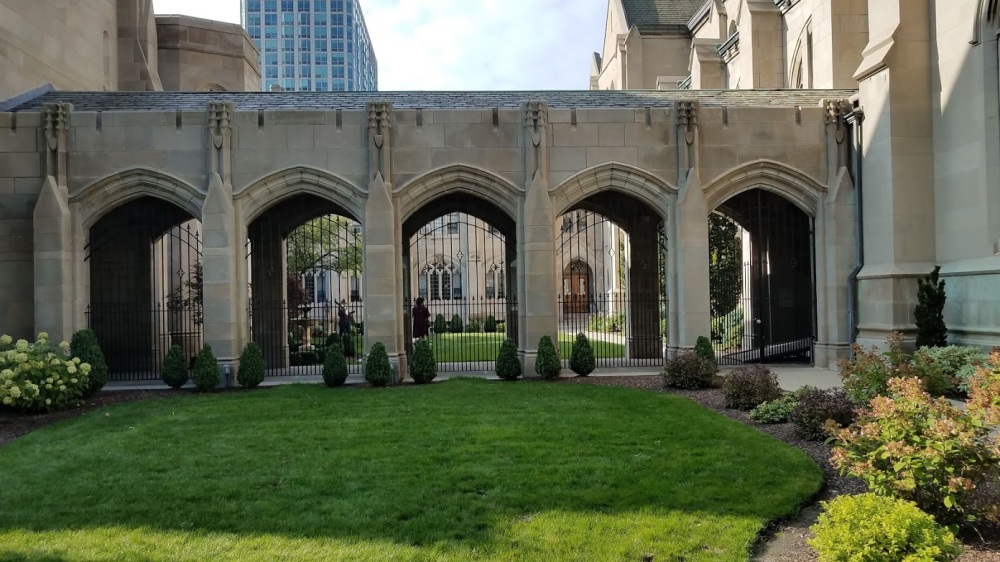 The cloister door is enhanced by wrought iron, symbolizing the primeval forest that occupied the site on which the church was built.

Interior chapel door (between the narthex and the sanctuary)

The Gothic style Tittle Chapel, named for Dr. Ernest Fremont Tittle, minister of the church from 1918 to 1949. His ashes and those of his wife are buried beside the altar. 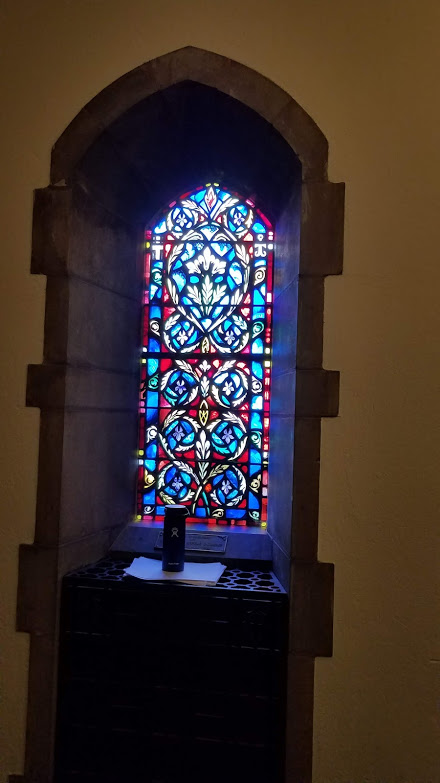 The Reredos in the chapel has figures representing various figures from history: Justinian, Michelangelo, Dante, Aristotle, Newton and Plato. 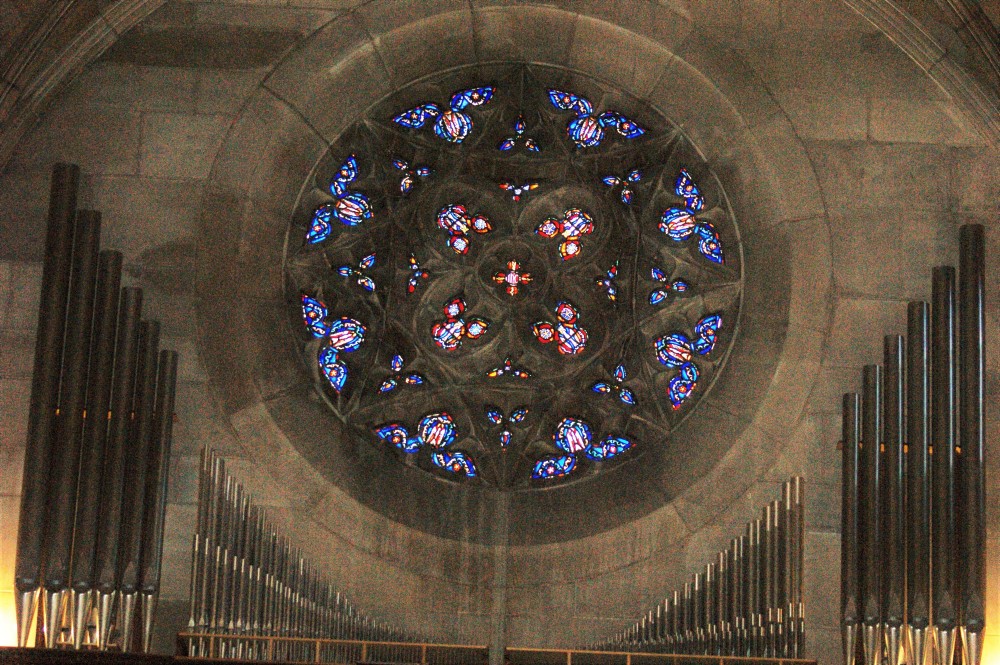 The chapel is used for special occasions. 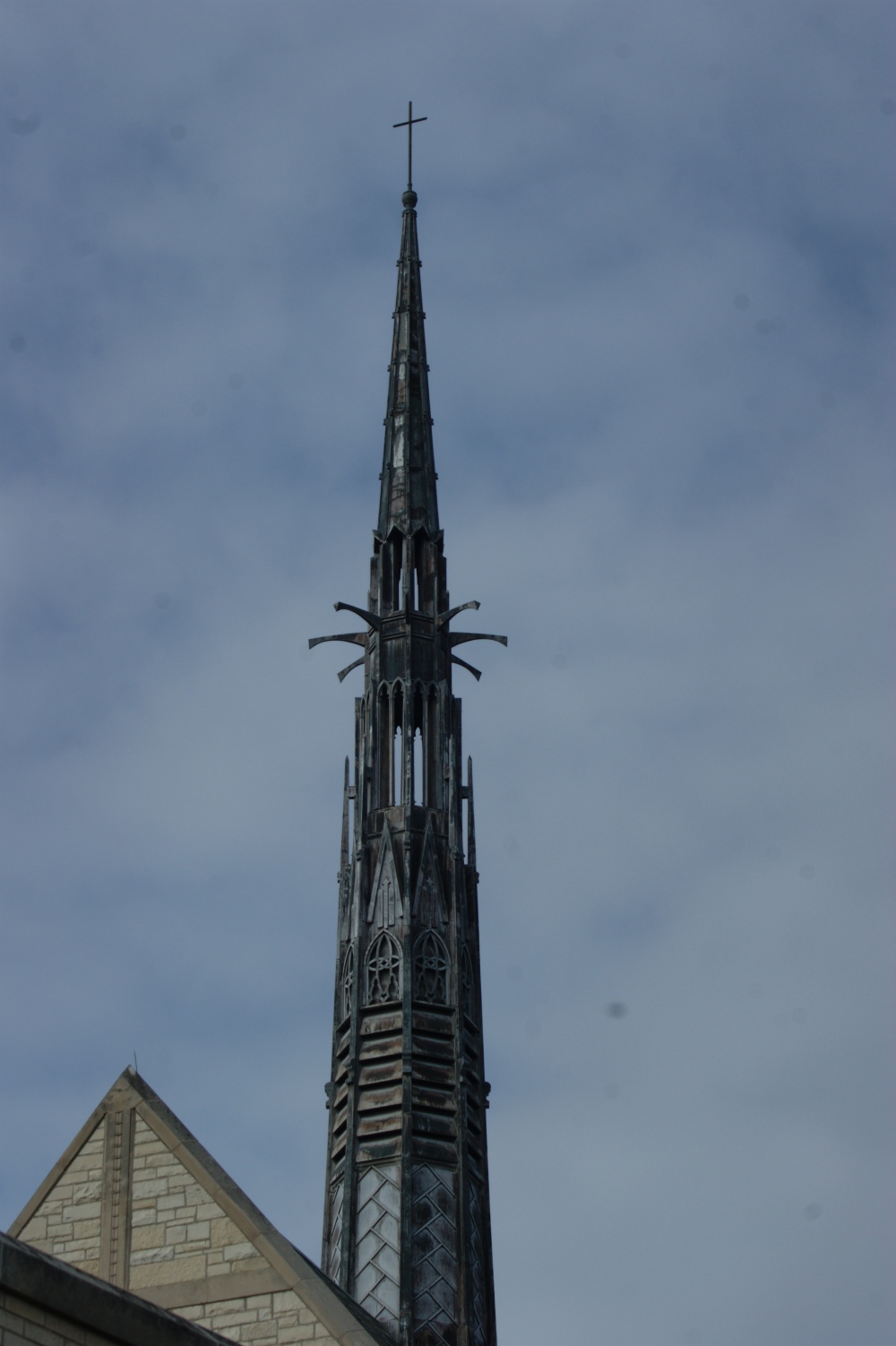