During the weekend of Open House Chicago (Oct. 13-14, 2018), we visited another of the Evanston sites, Lake Street Church. 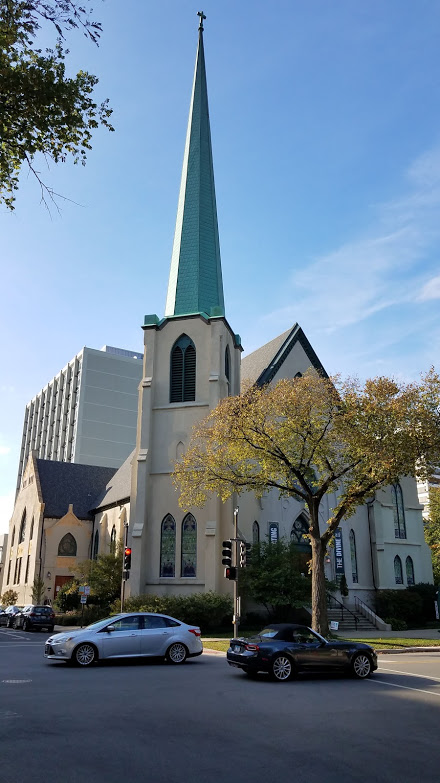 Although founded as Evanston Baptist Church in 1858, according to their welcome brochure, Lake Street Church is now a “progressive community of spiritual seekers from across multiple denominations” and is “rooted in the free-church tradition,” seeking to “embody the best components of liberal Protestant Christianity.” This sign outside the church makes its mission of inclusion quite clear.

Buddhists, Jews, Muslims, Roman Catholics and Protestants of several traditions have all passed through the main entrance. 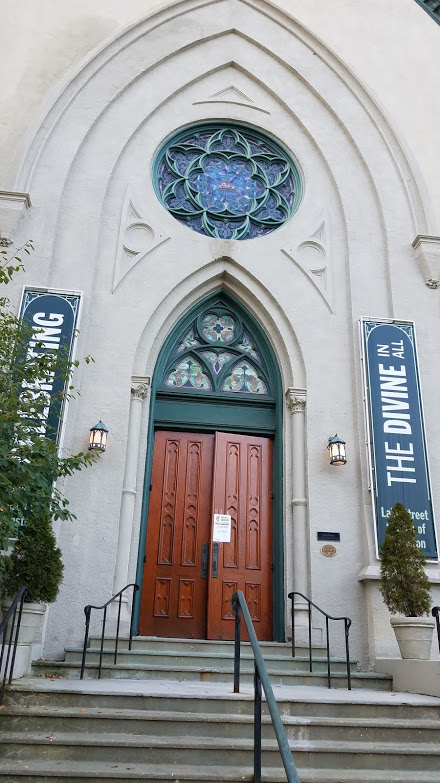 The present Victorian Gothic building opened its doors in 1875 and it is now Evanston’s oldest public building. 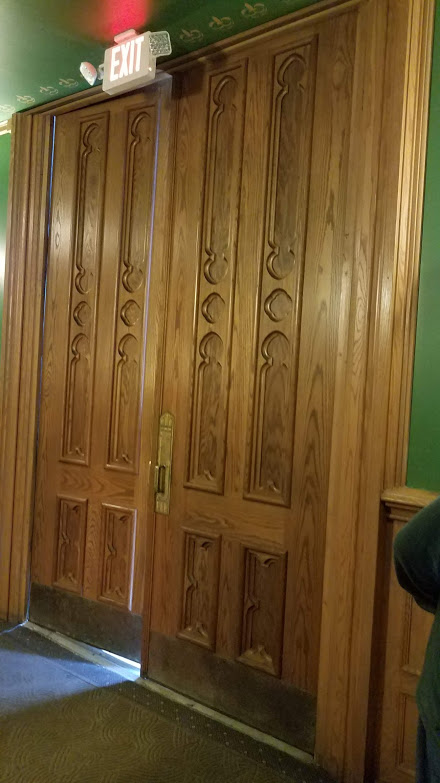 Major renovation of the sanctuary took place in 1995.

Pulpit detail: carving of seed pods opening and cascading down the front toward the carvings of cherubic faces. 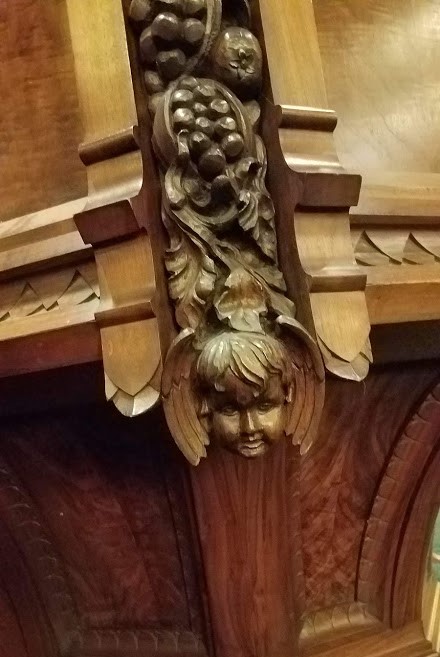 Victorian Gothic structures emphasize the vertical, designed to create an “uplifting feeling” through tall roofs pointing toward heaven and pointed arches in doors and windows. 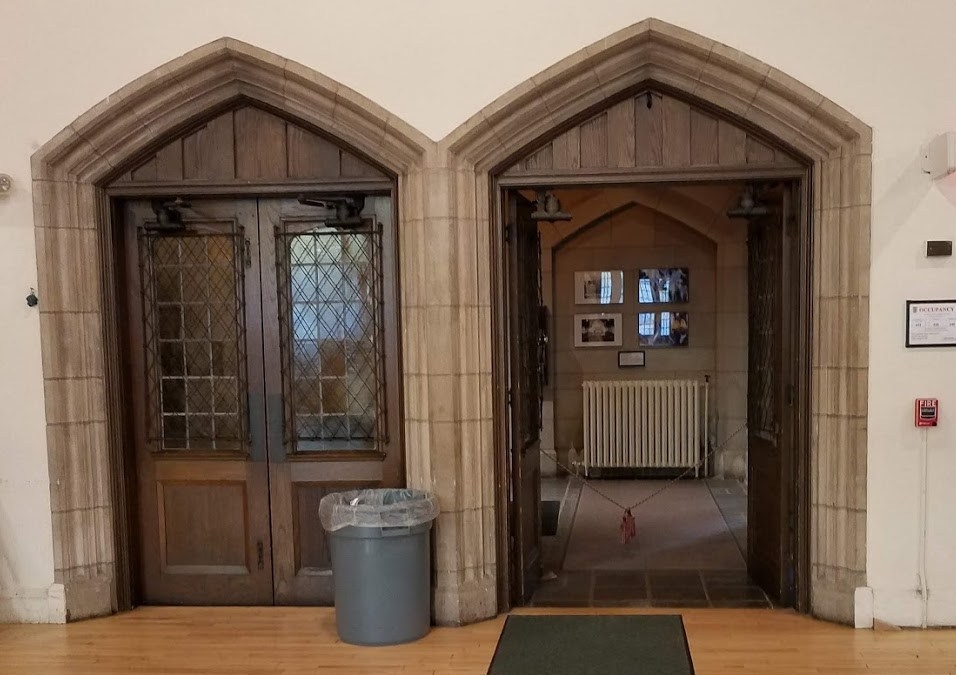 The lancet windows in the sanctuary feature the high, pointed Gothic arch. 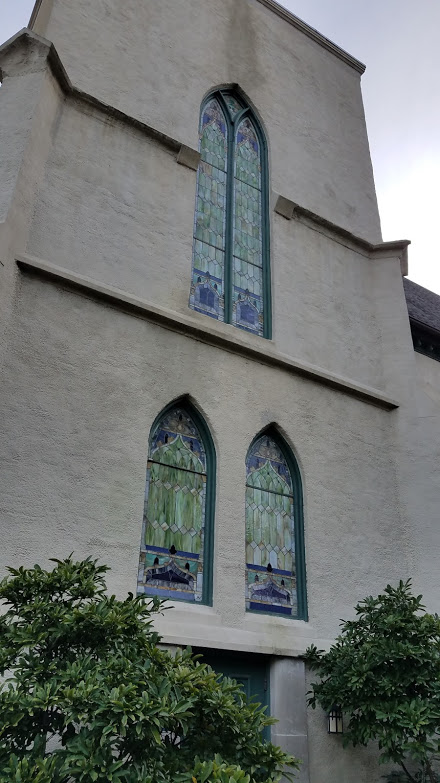 Facing the back of the church 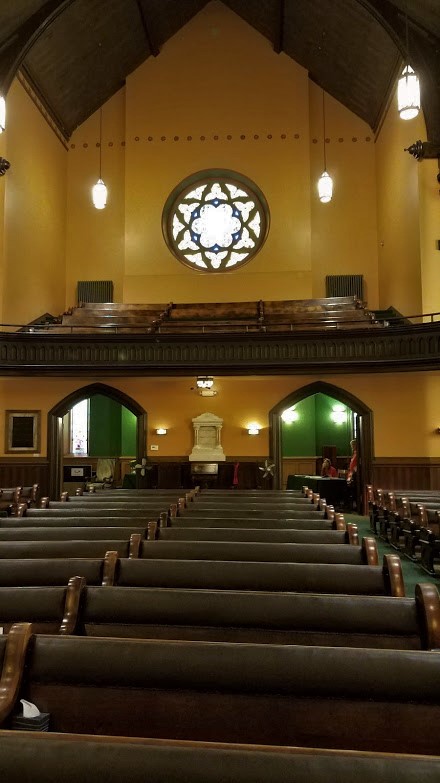 The Rose Window is the centerpiece of the stained glass windows. It was designed and manufactured in Chicago and is characteristic of the Victorian Gothic design popular in the 19th century. Notice the use of elaborate designs and vibrant colors. 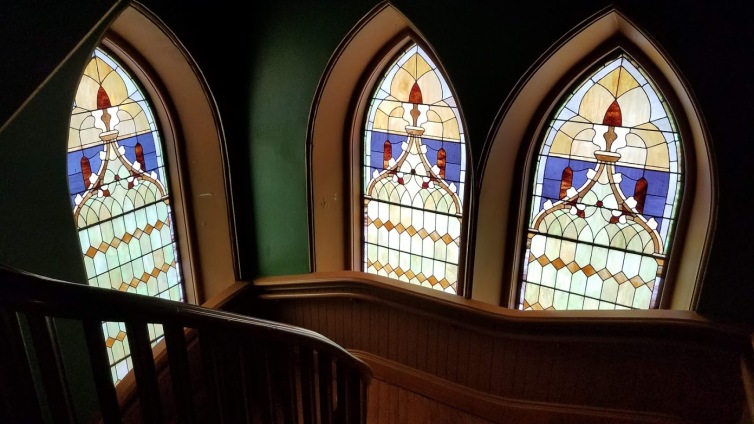 The organ, framed by a decorative arched ceiling.

The Church House, north of the sanctuary, was completed in 1925. Inside are a large auditorium, a dining room, Sunday School classrooms and meeting rooms. Its entrance continues the pointed arches and Victorian Gothic design. 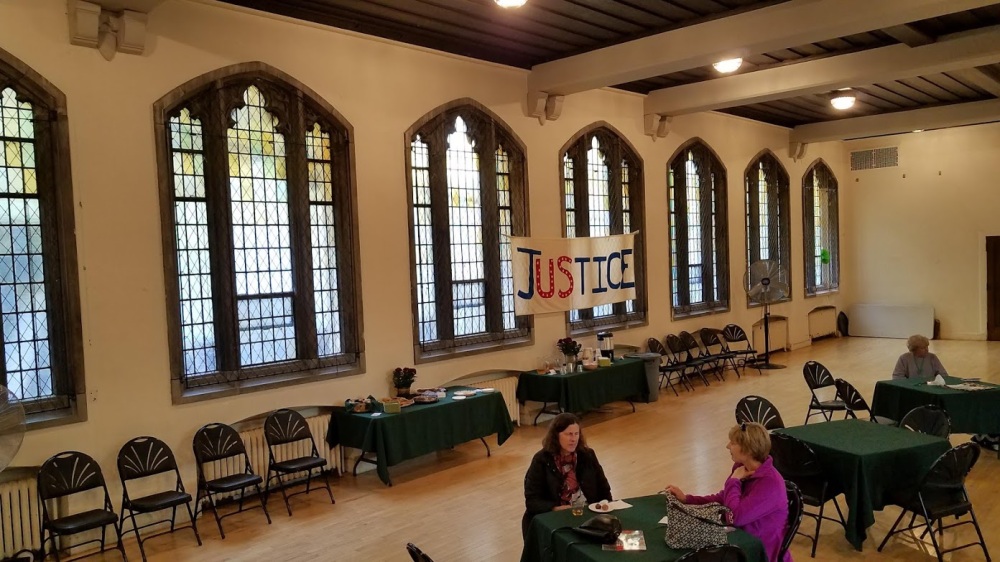 Lake Street Church boasts many activities with an interfaith and social justice emphasis.