*I am late again with my Caturday photos! At least this week I have an excuse: Dale was in the hospital since Monday. He had quadruple bypass surgery! We were both surprised, alarmed at first, but it was inevitable really. But I’ll leave that story for another time. Meanwhile, here are a few of the kitties we saw in Israel in January.

The first two photos are cats we spotted when we were walking around our Airbnb’s neighborhood in Rishon le Tsiyon, a suburb of Tel Aviv where we spent the first two days in Israel on our own. 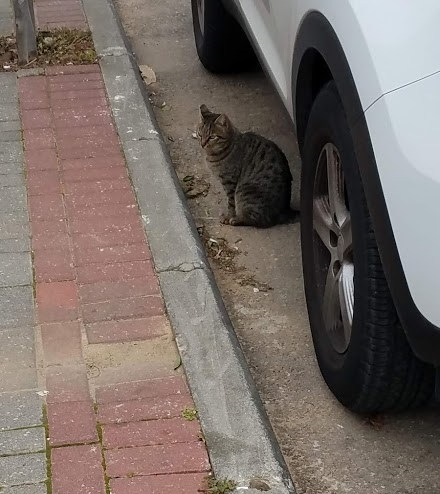 A few days later, after we joined our tour group, we were going into the Havana Village Restaurant for lunch on a windy, rainy and chilly day … 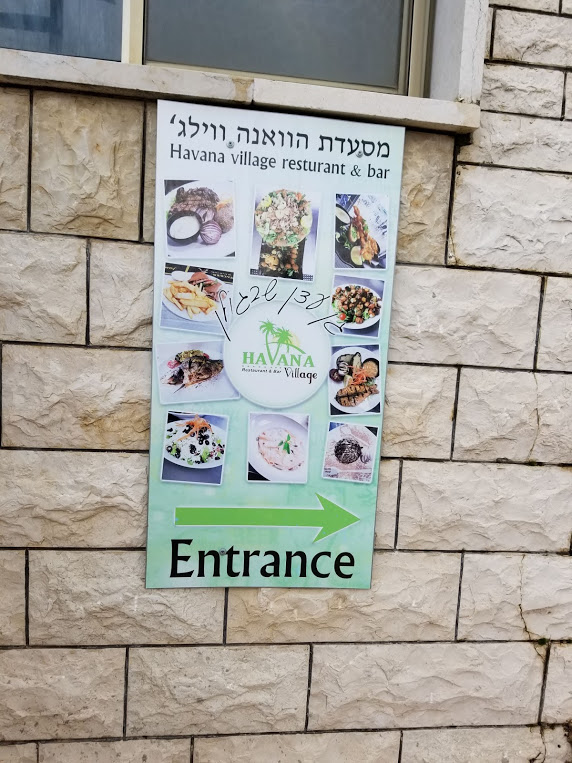 …and saw this kitten on the steps into the restaurant. He was meowing loudly and when we reached down to pet him, he rubbed up against us with pleasure and began purring. 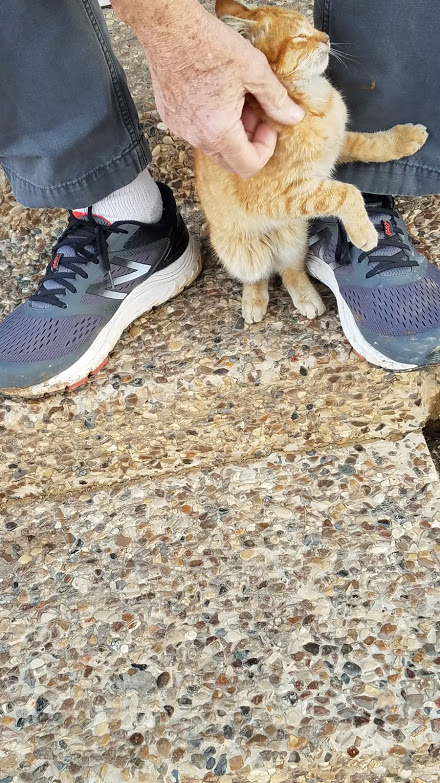 A dog on the premises saw how much attention the kitten was getting from us and came over to investigate and get some petting for himself! (He was so cute, how could we not oblige?)

If we weren’t spending the next 10 days on a tour, I would have liked to bring that kitten home! He was so loving!

One thought on “Caturday?* Israeli Cats”