There’s a Guy Called Bloke who twice a week dreams up a series of weird or far-out questions meant to stretch the mind. The topic for these particular questions is Creativity. Consider my mind stretched, Bloke! Here goes:

What is creativity?
The ability to create, invent or imagine something new or in new ways. There are many types of creativity and many ways of looking at it. Every human being is or has the ability to be creative in some way.

Is creativity a good thing to have?
Absolutely! I never leave home without it!

How much does a mountain weigh?
Not being a geologist, I guess this calls for a creative answer. I would answer with another question: How big is the mountain? Sometimes a mountain is no more than slightly bigger than a hill. It depends on your perspective. If you live in Colorado, where you see mountains as part of the landscape every day, a hill would be merely a hill. But if you live in a flat place, like Illinois or Kansas, a very tall hill might be considered a mountain. In fact, I believe there was a British movie made about this, starring Hugh Grant, with a title something like “The Man Who Went Up a Hill and Came Down a Mountain.” The people of a small town in Wales sought some notoriety so they wanted a hill in their town to be considered a mountain. But the hill was just a little bit too short for mountain status. So all it takes is for people to come carrying clumps of dirt and rocks to build up the hill a little, so it can become a mountain. Let’s say there were 100 townspeople, carrying about 30 lbs. each. So to make a “mountain” they needed 3,000 lbs. That’s my answer to how much a mountain weighs.

If the wheel had not have been inventented, where we would be now?
Walking, riding beasts of burden, I guess. And we’d probably think the world was flat.

How many books in the average library?
Some libraries today have very few physical books – they have digitized most or all of their collection. Not as much fun, but it takes up less space. Are digital books (ebooks) to be counted as books? I am again answering a question with another question because I don’t know how to answer.

Why do we wear shoes, l mean is it really important?
The human foot actually evolved to be used unshod. Some people claim that shoes actually cause harm to the natural foot, and natural shoes are made to supposedly combat that, but I think it’s just a ploy by some innovative shoe company to sell more shoes. Wearing shoes is partly convention and partly to protect our feet at least from the cold, but also sharp objects. I think the manmade landscape of concrete – sidewalks, roads, stairways, etc. – have made wearing shoes a requirement. I once rode a horse that had been neglectfully unshod for many years. This horse was at a riding stable, so the horse had traversed many paths and roads without protective iron horseshoes. It had damaged the poor creature’s hooves, which were cracked and spread out. I imagine he or

she must have been very uncomfortable. Wild horses, of course, don’t wear shoes, but they wander their natural environment and don’t carry people on their backs. So I think it’s the same for humans. We have created the need for shoes by altering our environment. Then we created outlandish fashions that are completely unsuitable for anyone’s feet. This has led to a variety of foot-related problems which keep podiatrists well-employed. Also, if you live in a climate with cold winters, shoes and boots are really necessary to keep your feet warm. Perhaps the Inuit of Alaska wear some type of moccasin-like boots, but for sure they are well padded and insulated to keep out the cold. Moccasin or not, it’s still a shoe or falls in the general category of “foot wear.”

What’s more important, creativity, imagination or knowledge and why?
I think they all go together. Creativity by definition cannot exist without imagination, and knowledge only enhances the other two. Look at it this way: you had to have knowledge to think about and write down these creative questions, and the imagination to even think them up.

Do you think that creativity is part of human nature or is it something that must be nurtured and learned? I mean are we born creative?
All humans are born with some sort of creativity, so yes – it is a part of human nature, as is using one’s imagination. On the other hand, some people are more creative than others, and others have their creativity/imagination repressed by some public school practices, such as an emphasis on preparing for standardized tests….but don’t get me (a former teacher) started on what is wrong with public education! There are a variety of situations in which an individual may be deprived of or discouraged to use his/her imagination and creativity. On the other hand, creativity and imagination can help people in stressful situations or confinement to survive. 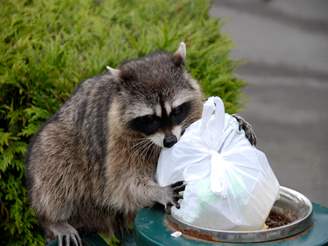 What the best name you could give your goldfish?
Nemo? I am not very creative when it comes to naming fish. I’ve never had a pet fish.

If you could curse someone – what curse would you choose?
May you always be too close to the fire.

If you were in the worst possible natural disaster you could be in would you survive?
I don’t know, I suppose my survival instinct would kick in. Here in the Midwest, the main natural disaster is tornadoes. If a tornado came to my neighborhood, I would go down into the basement. If I had no basement, I would get into the bathtub and try to stay away from outer walls. In school, we crouched down against an inner wall and put our hands over our heads. A second type of natural disaster is flooding. I would climb up to the top of the house, I suppose, and wait to be rescued. In case of fire, jump out the window, hopefully it’s not too far down.

What was your natural disaster then?
See above. These are the disasters I grew up learning how to survive. Other disasters, such as lava spewing out of a volcano, I probably wouldn’t survive.

You have been tasked with the role of imagining a new government – what would you conjure up and why?
One free of anyone with the last name of Trump, McConnell, or Pence! No, seriously, I would set up a system in which there would be economic and social equality, achieved through taxing the wealthy and not the poor. There would be campaigns to combat prejudices. I would have institutions in place to find and do away with corruption. And

imagining this scenario to be in the future, most jobs would be done by robots, so there would have to be a cabinet or ministry devoted to helping people adjust to having much more leisure time. In that case, money would become less important. In this scenario, people would understand and respect the importance of government. It is what gives a society cohesiveness.

What is imagination in your eyes?
The ability to let one’s mind soar, to go to places no one has ever gone before. (Does this sound like the opening line to a sci-fi series? I wonder…)

Given the choice would you prefer to be creative, imaginative, inventive or self-aware? Why?
Creativity, imagination and inventiveness, to me, are all connected – they are parts of the same thing. Being self-aware is also important. I think I would choose to be these things in different situations. For example, when I take walks, I choose to be self-aware so that I don’t trip on a crack in the sidewalk, fall down and injure myself. This has happened enough times for me to battle my tendency to let my mind wander and to come back to self-awareness when I’m mobile. However, when I am in a safe place and relatively immobile, I prefer to succumb to my creative side. That’s why I have trouble with meditation. I can’t help but think about whatever is in my mind and then forget to bring myself back to self-awareness (or mindfulness). Letting my mind wander is more fun!

All images downloaded from Google.