Rory at A Guy Called Bloke and K9 Doodlepip has a twice weekly series of questions, called “Question Fun.”

How often do you actually deep think of time as a concept?
Not often, unless my attention is drawn to it – I have read two books recently that dealt, partially or totally, with the concept of time: When: The Scientific Secrets of Perfect Timing by Daniel Pink and Brief Answers to the Big Questions by Stephen Hawking. Both were thought-provoking books. 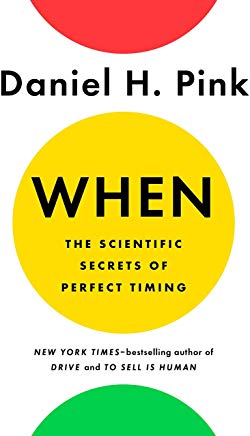 When was the last time that you sat down and tried to visualise the future of the planet by 50 years? [Where are we going to be in the year 2069? Explain your thoughts]
I am often prompted to visualize the future of our planet. According to Stephen Hawking, we will either destroy Earth through nuclear war or environmental catastrophe caused by human avarice. Climate change is a global problem requiring urgent action to prevent our planet from becoming uninhabitable. By 2069, I have confidence that we will have gone a long way to tackle this problem. We simply cannot go on polluting and using up our finite natural resources as we have been. By 2069, I visualize electric cars as the norm – perhaps there will no longer be gas-powered cars by then – and artificial intelligence doing many of the jobs currently done by humans. The problems of the future may include sustainability and the scarcity of employment.

What time is it right now as in the time you are answering this question and where abouts are you in the world?
It is 9:46 p.m. and I am sitting in front of my computer in my home in Midwestern USA – specifically, Des Plaines, Illinois, a suburb northwest of Chicago.

Tell me about a time when you stepped out of your comfort zone?
When I decided to change careers and become an elementary school bilingual teacher. Teaching was the hardest thing I have ever done, and I often struggled with the myriad of tasks it required.

Last time you had a really good time was … ?
Two days ago, when I went with a friend to the Chicago Botanic Gardens. It was a beautiful day – pleasantly warm and sunny and the flowers of all kinds were abundant and beautiful. It is the time of year when we were able to see the field of red, orange, yellow and white poppies, and also a display of various colors of foxglove. Afterward, we had a really nice lunch. It was magnificent!

Quote Time!!! Display two excellent quotes on the subject of horology!
Horology is the study of prostitutes.
Watching gory movies made me an expert in horology.

Let the good times roll … please provide me with three song titles that are about the topic of time in your eyes?
Time Has Come Today by the Chambers Brothers
Time After Time by Cyndi Lauper
Time by Pink Floyd

Having a really good time means what in your world?
Traveling to an interesting place with a person I enjoy being with.

Time to ….. what?
Finish answering these questions!

Which term do you prefer more ?

Lost Time
Wasted Time
Time Spent
Time flies
Time flies because it reminds me that time is precious and I should make the most of it.

What do the following mean? [However DO NOT ANSWER the correct way but answer the incorrect way!]

Ahead of one’s time? Getting somewhere early
Behind the times? A person reading the New York Times by holding it up in front of his/her face so that the person is behind the newspaper.
In the nick of time? Adopting the timetable of a guy named Nick.
A Race against time! Visiting another part of the universe by going through a wormhole.
Having the time of your life? The lifespan of a person; all the time of one’s life.
Bide your time? Description of buying a clock by someone who doesn’t speak English fluently and thinks the past tense of “buy” is “buyed.”
Bad time for you? When time is bad, not good.
Having time on your hands? Description of a German clock maker.
All in good time? When all time is good, never bad.
A Matter of time? A conversation about the usefulness of wrist watches.

Can you write a small story on the subject of Time and the Giraffe?
The giraffe’s sense of time was guided by his instincts and the natural world. He knew when it was time to sleep, because it was night and he was safe, so he folded his long legs and lay down in the tall grass. It was always time to eat – he spent much of his day picking the tender leaves off the tips of acacia tree branches as well as munching baobob leaves and those in the canopy of the forest. He knew when it was preferable to hide, and he was able to camouflage himself perfectly in the foliage, where predators and pesky humans riding around in noisy vehicles couldn’t see him.

He knew when it was time to run because he would see a herd of zebras stampeding by. A predator – a lion or leopard – would be looking for an animal that lagged behind. He and his fellow giraffes would lope alongside the zebras, kicking up the dust of the Serengeti.

Thus his days and nights would pass, most of the time spent foraging at the tops of trees. 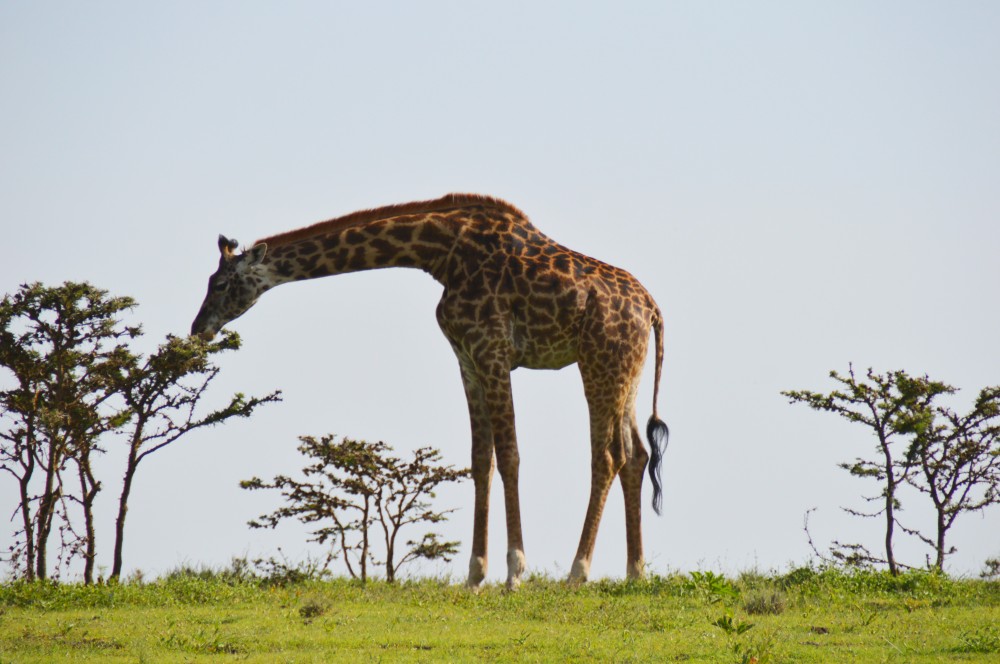 He knew when he was mature, at the age of seven or eight, because he would suddenly feel an urge to find a mate.

He knew when it was time for mating when he would smell the urine of a female in heat. He would have to take time to woo and pursue her (and hopefully not have to fight with another male for her), letting her know his intentions by putting his head on her back and pushing his front legs into her rear legs. When she was willing, she would stand still and he would be able to mount her – a rather tricky and awkward process, but the giraffe knew how to do the act smoothly and quickly.