Melanie B. Cee created 11 questions to fulfill the requirements for the Sunshine Blogger Award and has opened them up to whoever wishes to answer them. So here they are, followed by my answers.

1. Have you ever made a decision that changed your entire life?

A “selfie” my son took at Mont-St-Michel in France

Yes, (and at the risk of sounding cliché) deciding to have a child. I was in an unhappy and lonely marriage. I became convinced at the ripe old age of 32 that I could never get pregnant, so at the time of the month that I calculated I was most fertile, I “seduced” my husband. And guess what? I got pregnant! Although our son’s coming into the world propped up our marriage for a couple of years, when he was six, we got divorced. I was a single mom for a few years, then remarried – this time happily. My second husband had a daughter from his previous marriage, so we ended up with a “blended” family and contented ourselves with that since we didn’t want to have a child together by that stage in our lives. However, my son did change my whole life because he will always be a part of it. And because he often calls me to ask for money! :-}

2. What time of the day do you feel the most energetic and what do you usually do in those moments?
Afternoons. That’s when I get my butt over to the fitness center, take a walk or clean up the house or whatever. I like evenings, which is when I multitask: doing some artwork while watching the news shows on TV. (I guess “listening to” the news shows would be more accurate.) Two of my drawings and two mandala coloring book pages show how I spend many evenings.

3. What could you spend all day talking about?
Travel. Where I’ve been, where other people have been, and travel plans for the future. There are a lot of other things I could talk about for a long time (I’m known as being a person who talks too much!) but travel was the first thing that came into my head.

4. If you were a band, what type of music would you play?

Lindor truffles are one of my favorite candies!

Some sort of international fusion with a good beat. Musicians that are classically trained but are versatile enough to play different kinds of music and to experiment with different instruments. When I was younger, I wanted to be an ethnomusicologist!

5. What’s your favorite type of candy?
Almost anything with chocolate in it. But please no peanut butter! Peanut butter belongs on a sandwich, not in sweets!

6. How do you feel about clowns?
I think they are – or should be seen as – funny. My motto for this is: “Make Clowns Funny Again!” They were never meant to be scary and then horror movies made clowns – and DOLLS – frightening. That was, is, a terrible trend! Clowns (and dolls) should be entertaining and fun. Wouldn’t it be marvelous to recapture that childhood innocence that made us curious and delighted by the world?!

7. What have you forgotten? If you can remember it….
I forget stuff all the time. It’s getting worse as I get older, but because I have ADHD, I have always had memory problems. The good thing about this is that the experience has made me develop strategies to remember things – post-it notes and Google calendars are my saviors!

8. What’s an obscure food that you’ve eaten that most people have never tried?
Cashew fruit (or “cashew apple” as it’s called in English, although it bears little resemblance to an apple) – it’s rather fibrous, but some people can make a rather tasty juice out of it. There are also several recipes online. I tried it when I lived in northeastern Brazil, where the “largest cashew tree in the world” is located. Note: the cashew nut that most people are familiar with is just at the floral end of this fruit. I’m posting a photo so you can see what a cashew looks like.

10. What’s the worst topping to put on ice cream?
Is there such a thing as a peanut butter topping? If not, I guess I’d say gravy! 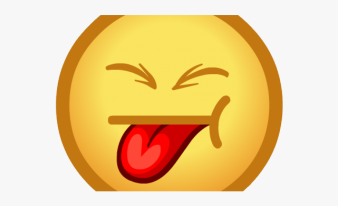 2 thoughts on “Cashews, Chocolate, Clowns and Other Topics”