The German city of Passau is located in Bavaria very close to the Austrian border, at the confluence of three rivers: The Danube, the Inn and the Itz. It was the last German city we stopped at during our cruise last June-July. We arrived at Passau on the U.S. Independence Day, July 4.  This post is my contribution to Norm’s Thursday Doors 12/12/19. 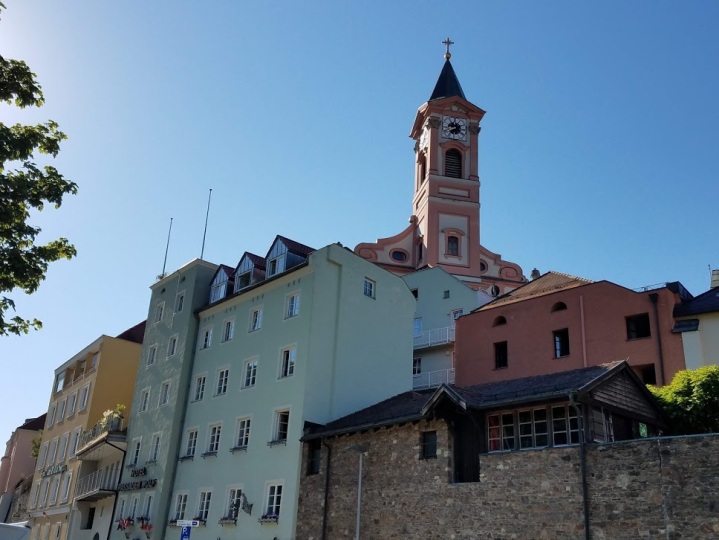 Passau has a population of about 50,000, of which 12,000 are students at the local university. A devastating fire in 1662 destroyed most of the city, which was rebuilt in Baroque style. 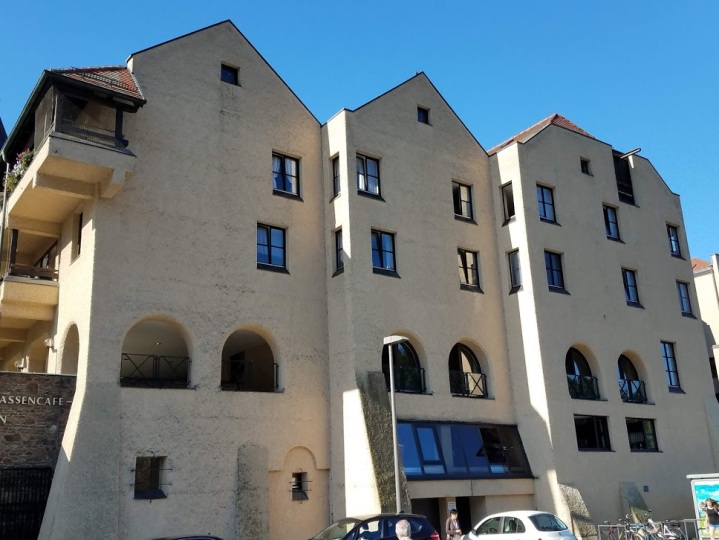 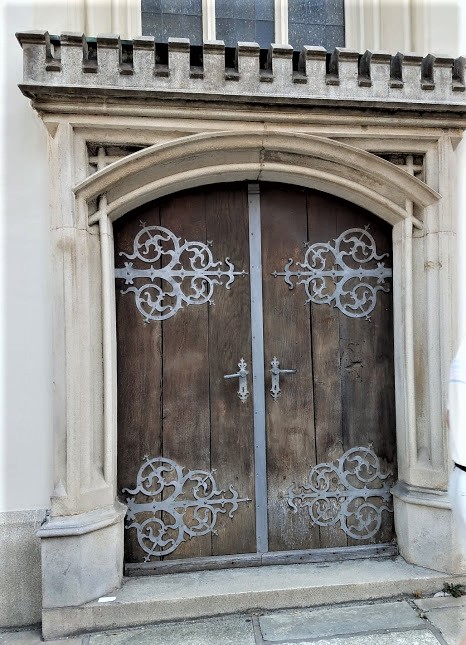 Passau is known for its cathedral, St. Stephan, which has five organs! One of the organs is in the attic and the five can all be played at the same time.  The organ(s) has 17,774 pipes and 233 registers, and it is the 2nd largest pipe organ in the world. We attended a concert showcasing this amazing sound after our walking tour. Concerts are held daily between May and September.

A cathedral door and details 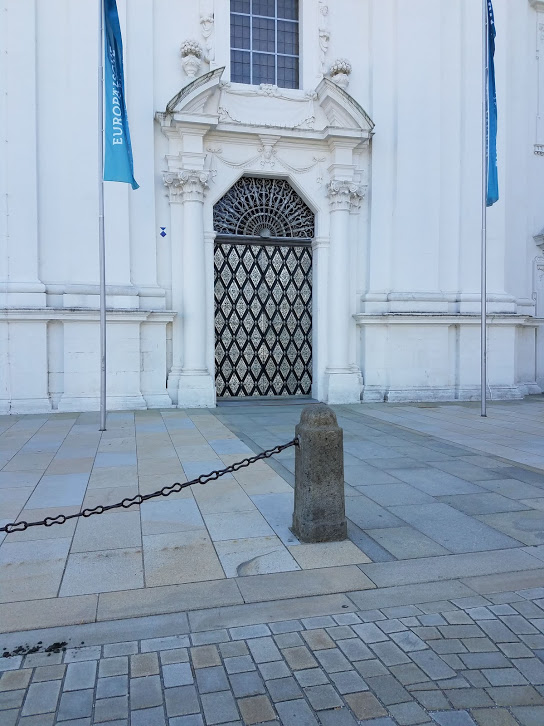 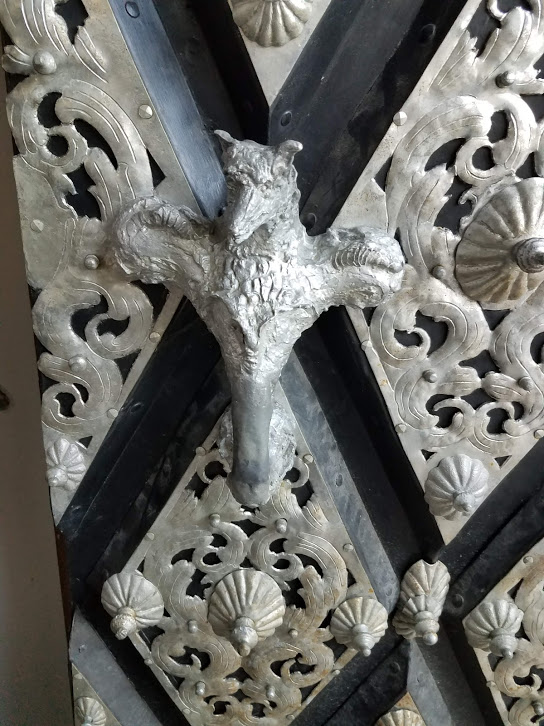 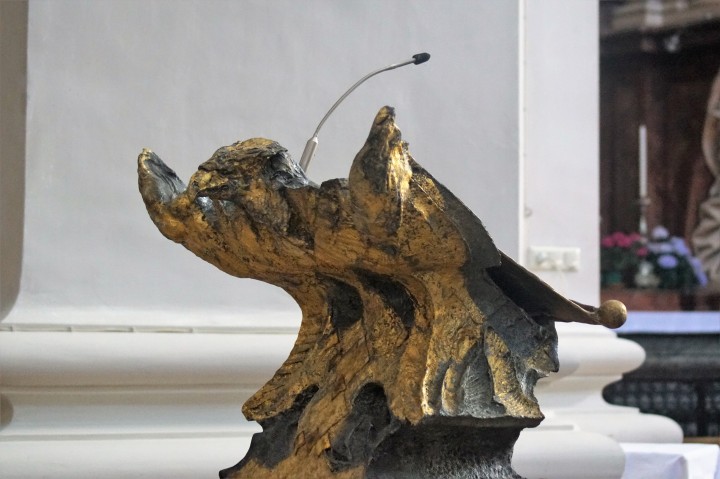 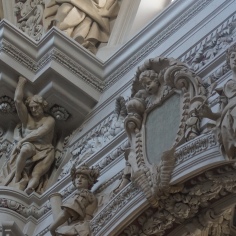 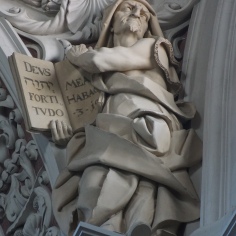 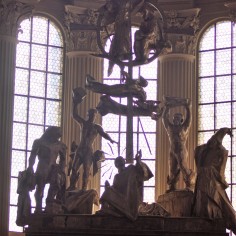 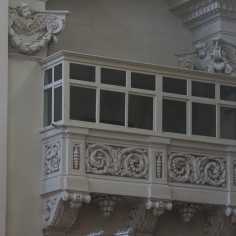 We went out into a courtyard beside the cathedral. 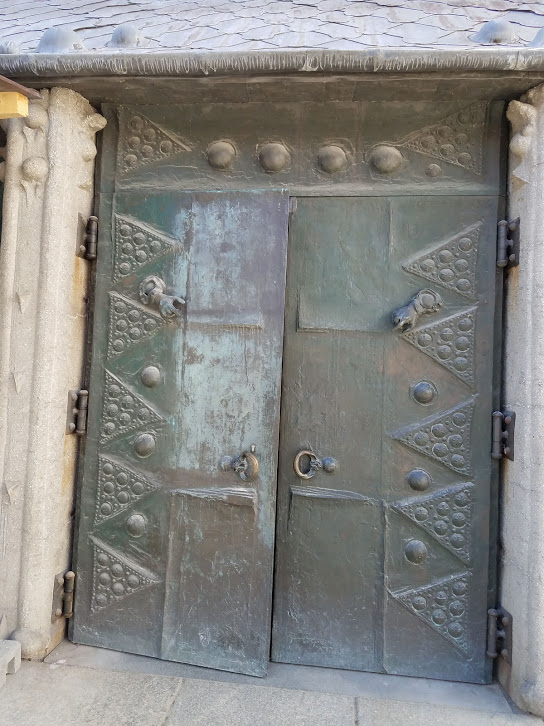 In the courtyard are some extra panels and artifacts from the church. 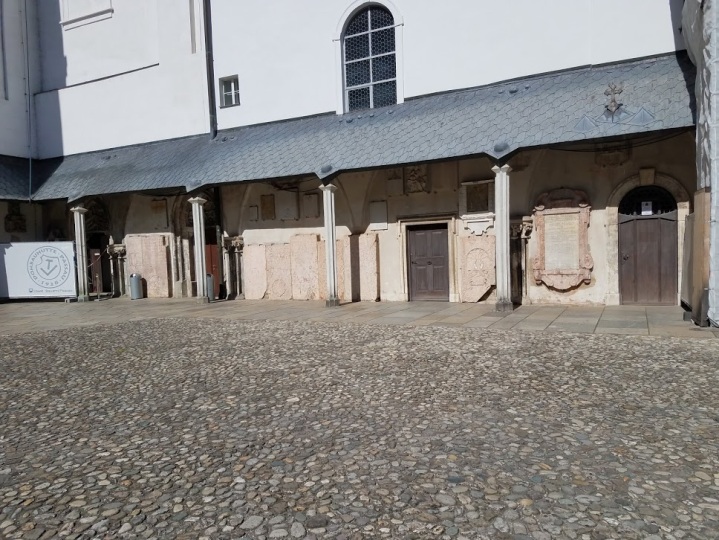 We continued downhill from the church on the cobblestone streets of Old Town. 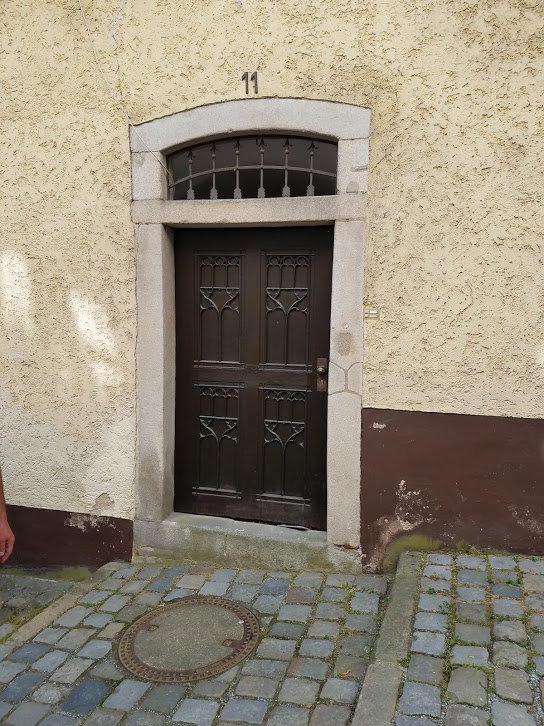 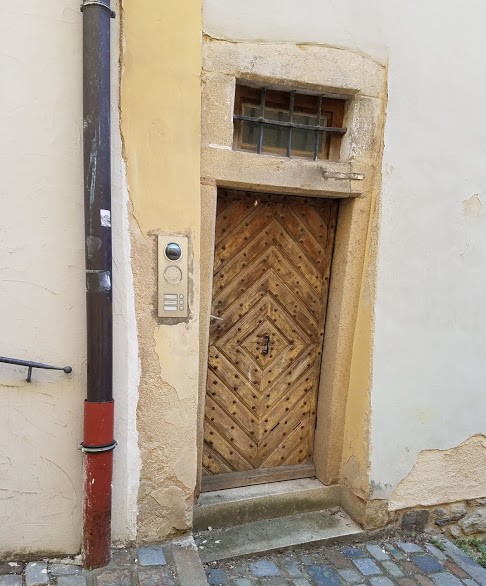 The city has been plagued by floods for centuries, due to its location at the junction of three rivers. On June 2, 2013, the old town suffered a severe flooding after it had rained for several days. The photo below shows how a street of Old Town looked on June 3. 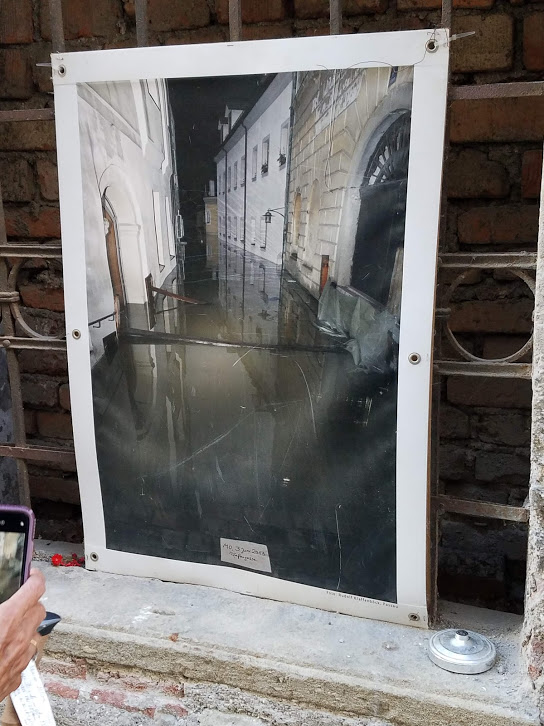 Peak elevation of floods as far back as 1501 are displayed on the wall of the Old City Hall. 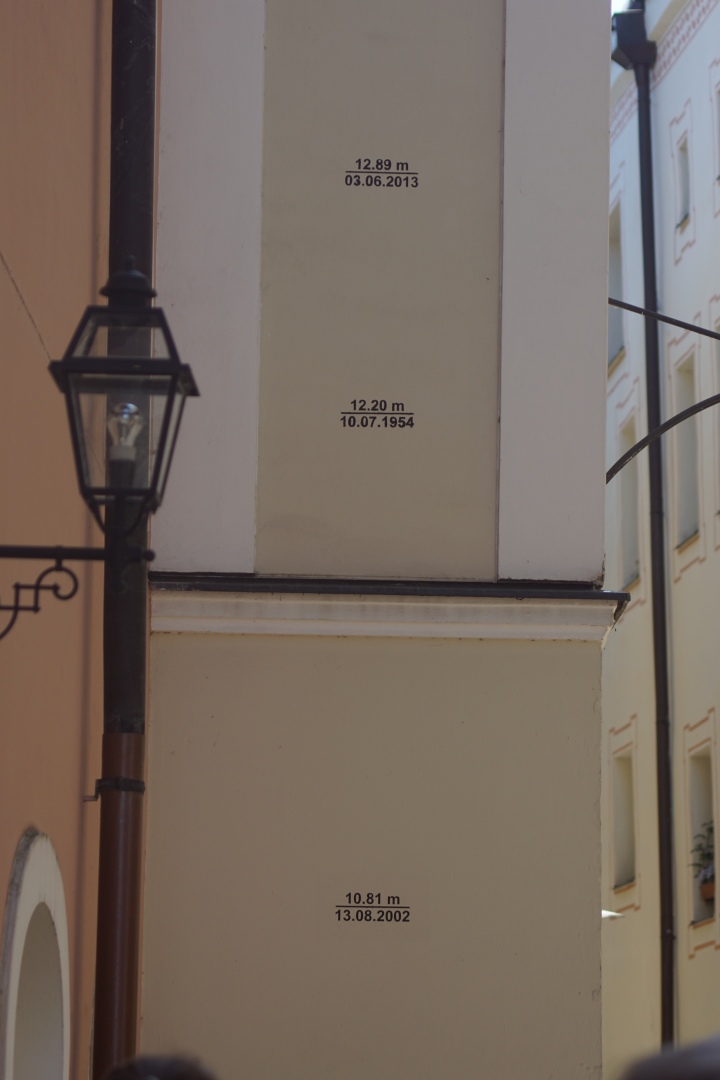 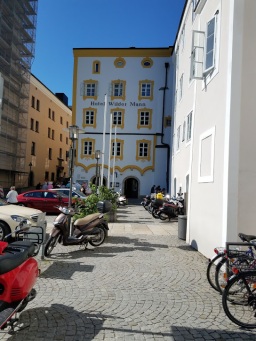 This pharmacy is one of the oldest in Passau. It is painted green, which was the “code” color for pharmacies in times when many people were illiterate. 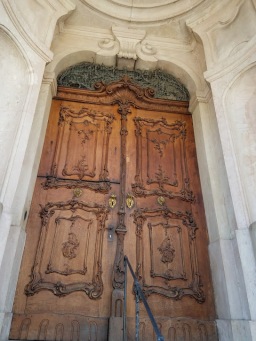 Baroque architectural details adorn the ceiling of the palace.

Passau has a Daschsund Museum! These sculptures are outside the entrance. 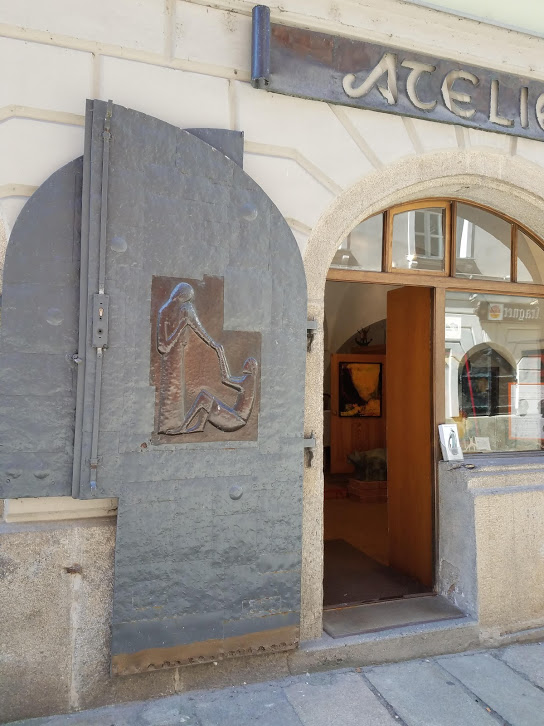 “Coffee and love are best hot!” 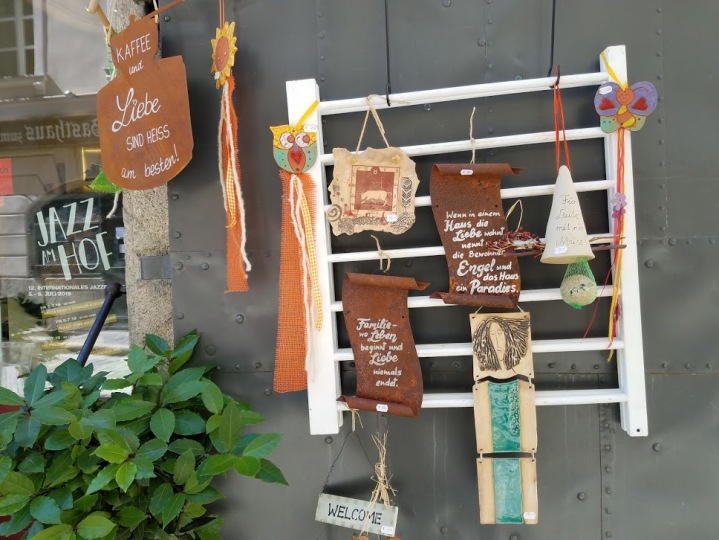 I found interesting that this shop door has a nativity scene above it. 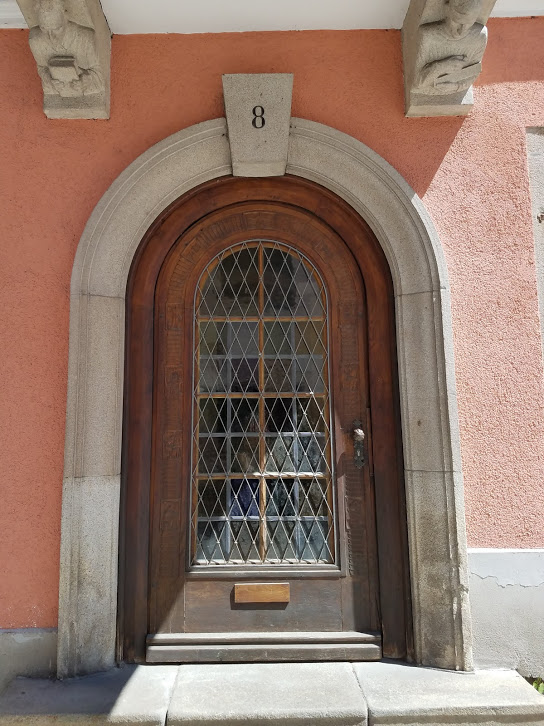 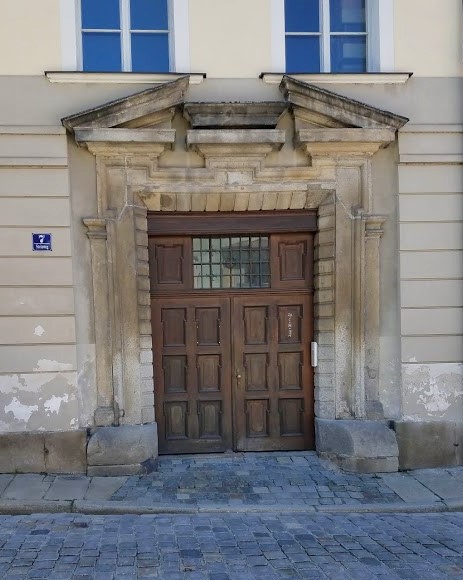 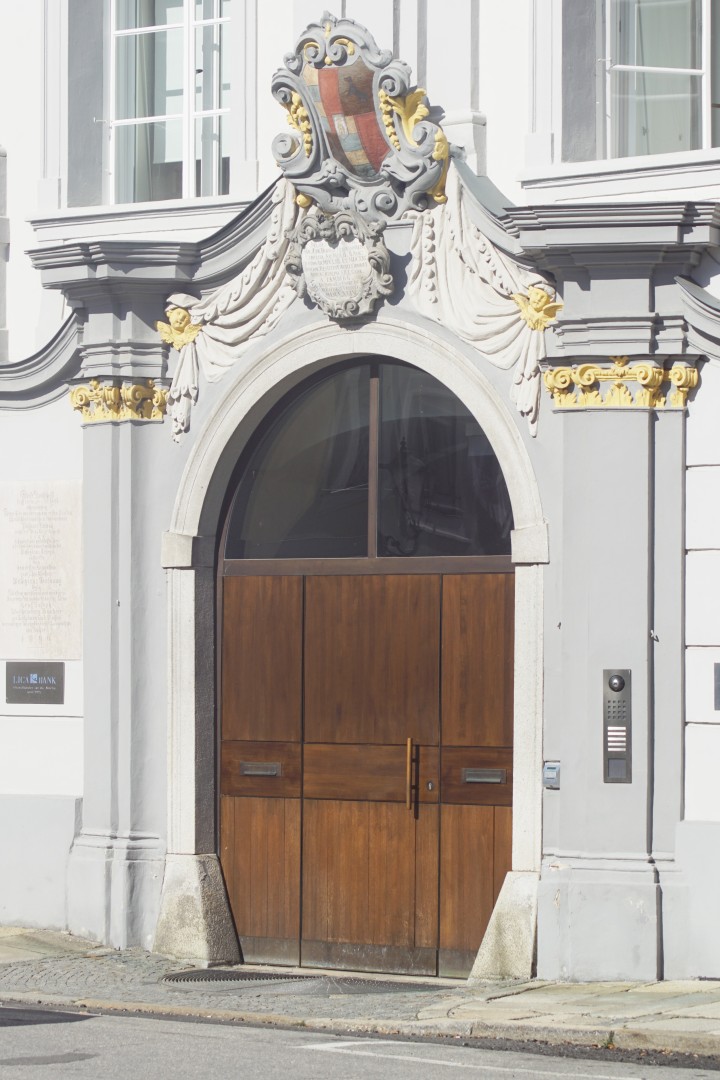 The sign on this Baroque decorated door advertises a one-bedroom apartment within. 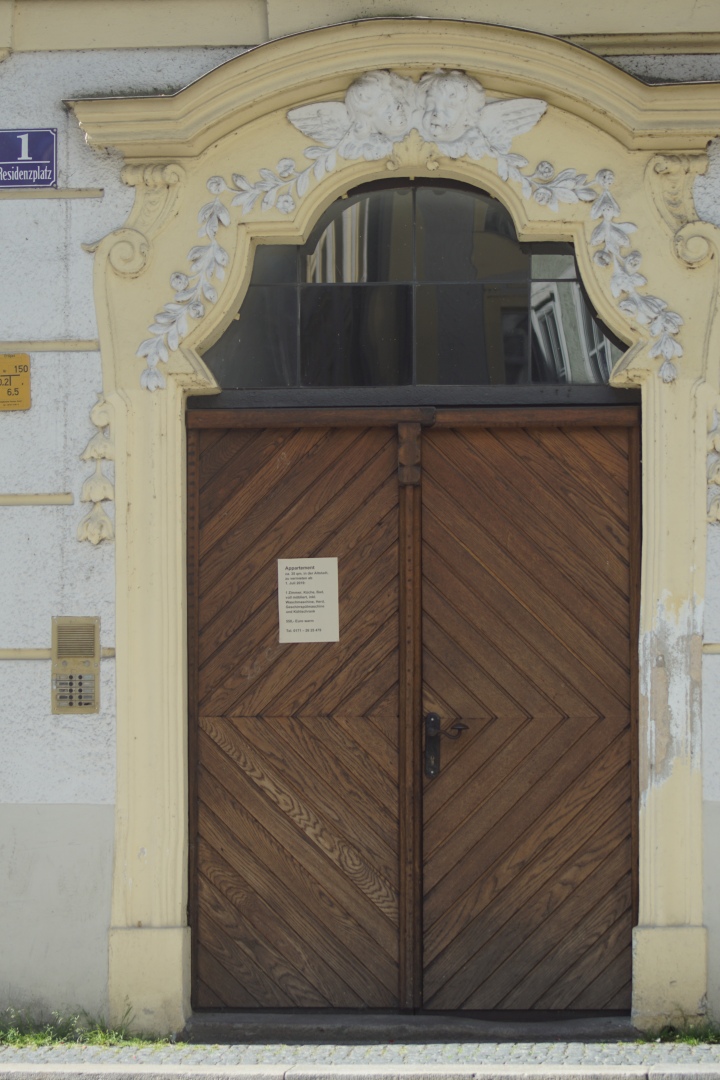 Prominent above the city is Veste Oberhaus, a fortress founded in 1219. 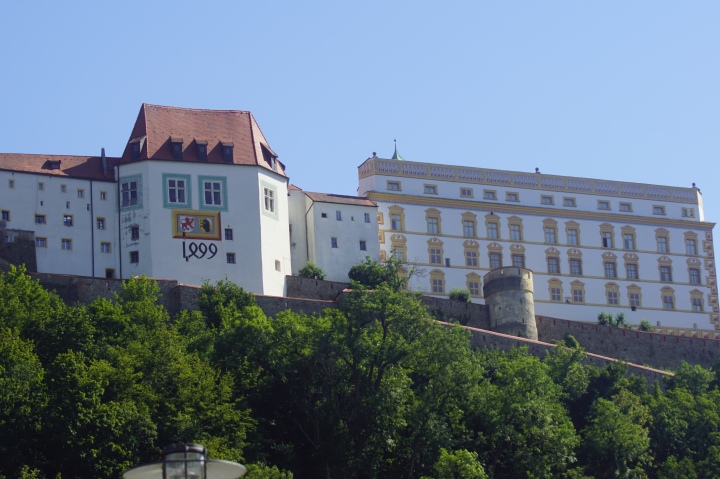