Fandango’s Provocative Question #63 is a very relevant one:

When we finally get through this COVID-19 pandemic at some point in the future, do you think the world is going to change from what is was like before anyone ever heard of coronavirus? Or will things quickly return to “business as usual”?

I am not sure about the world, but I will talk from the perspective of the United States. This is the most serious problem that requires everyone’s cooperation in our history. Both good and bad will result from it.

Like the period after 9/11, the U.S. will experience a shift that may be permanent. After 9/11, people became more fearful, and that permeated all aspects of society. That fear led to increased prejudice, which ultimately culminated in the election of Donald Trump.

What I think the pandemic will do is make it very clear the serious problems our country has – it will lay them bare as they never have been before. The silver lining of the pandemic is that Donald Trump will probably not be reelected. (Of course, I wish he would be deposed in a less destructive way. And I don’t take it for granted that he will lose, so everybody VOTE!!) 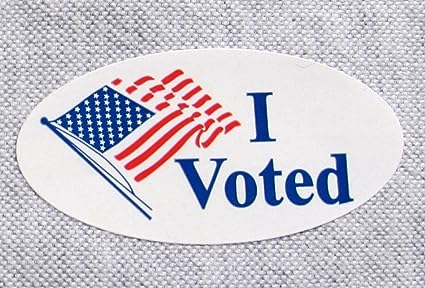 But more importantly, the deficiencies in our health care system and our economic inequality will be top priority of whoever takes office next year. We cannot ignore these things anymore. We’ve been discussing the notion of health care for all for decades. Past administrations looked the other way. When Clinton tried to make reforms, there was a backlash. While Obama did manage to pass the ACA (aka Obamacare), it ended up being watered down due to many compromises that had to be made with the Republicans. Since then, the goal of the Republicans is to repeal the ACA without anything to replace it. And that’s where we are now.

But when the crisis of this pandemic is over, ignoring the problems in our health care system will no longer be possible. The fact that we were not ready for the pandemic is partly shortsightedness of the federal government but also due to deficiencies of our health care system. Our hospitals and health care workers are being overworked and they lack basic equipment. Hospitals are filling to capacity while thousands of others aren’t able to get tested for COVID-19. When testing did become available, people were worried about how they would pay for it (and thanks to Katie Porter, it ended up being free). I think we will really have to examine the priority that health care should have over almost anything else. 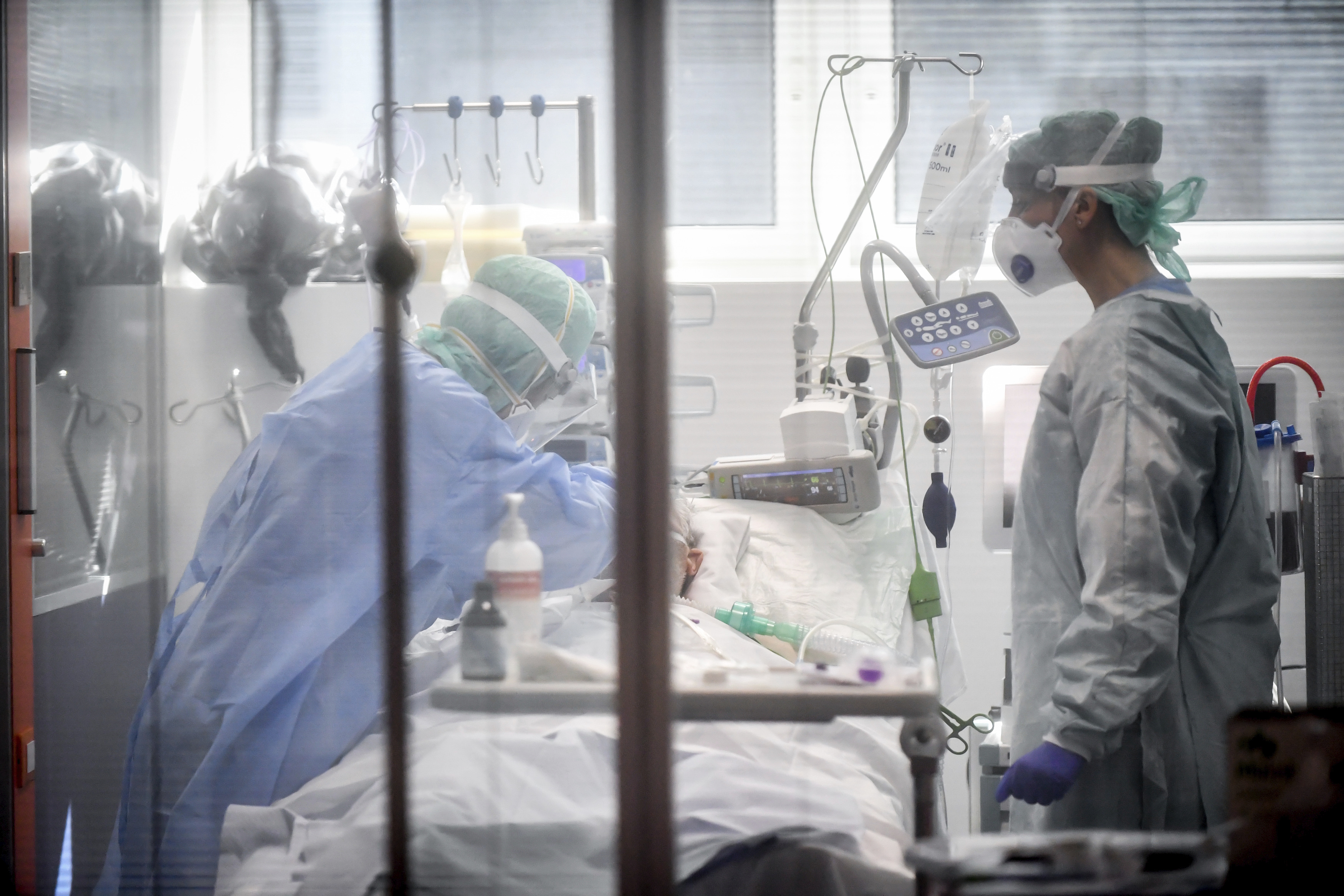 Leadership and how we choose leaders may be another problem that we will look at more closely, and their readiness to handle any crisis. We generally choose leaders by charisma and showmanship, and part of the problem is that our choices are limited to two parties. And voting rates are low because many people don’t think their votes count – well, who can blame them when one candidate wins a majority of the popular vote by millions of votes, but the other candidate becomes president because of our weird “Electoral College.”  And we end up with old white men instead of energetic, idealistic younger leaders. Whether this pandemic will end up galvanizing voters, I don’t know. I hope so. 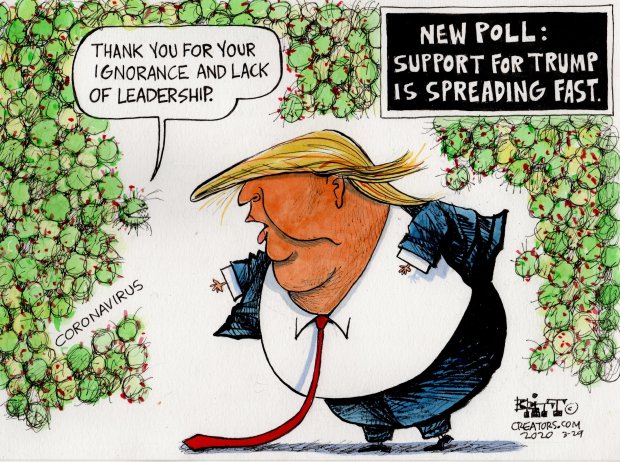 Respect for scientists, belief in them – ignoring science has become a hallmark of conservative Republicans. The governors of some southern states refused to issue stay-home orders by mid-March because they had become used to ignoring and even ridiculing science, the facts. They worried more about the effect on the economy than saving lives. As I write this, three southern states (Florida, Georgia and Mississippi) are FINALLY today issuing stay-at-home orders and acting as though they had no idea the pandemic was this severe! Because it’s become the thing to do for “real” Republicans to thumb their noses at the experts.

I read an editorial in our local paper today, in which the author calls this pandemic time the age of “pathological individualism.” Individualism is fine, but people take it to extremes so that it really becomes selfishness. Individuals think they have a right to do whatever they want without regard for others. Perhaps that was what the governors who waited too long to implement “social distancing” in their states, were thinking. How can we just tell people to stay home? Don’t we have freedom of movement? What about their jobs? This is the United States of America!

What about us, as individual Americans? We will have sacrificed for the greater cause. In times of crisis, the majority of Americans set aside their petty differences and do what they can to help others. Why can’t we be that way all the time? And even now, there are some nasty, vindictive people who are harassing Asians as if these individuals in their community are somehow responsible for manufacturing the virus.

Inequality will be the biggest problem we will have to face, and inequality and racism are intertwined. We have always had inequality, but in recent years the divide between the haves and the have-nots has grown increasingly larger. There are greedy corporate CEOs who quibble over every dollar of taxes when they have millions or billions at one end of the population, and people who cannot obey stay-at-home orders because they have no home on the other. When an analysis of the sick and the dead is completed, what will it say about those who have money and good insurance and those that don’t? Will there be more deaths among the poor? These are questions whose answers are yet to be revealed.

My husband believes that our people will become less consumerist – many things will not have the value they’ve had in the past. People will be very well-acquainted with shortages, just as they were emerging from WWI and WWII. Family and friends will become even more precious, and the desire to express our feelings will be more acute.

I hope he is right, but I’m afraid consumerism is hard-wired in us by now. Perhaps at the end of this pandemic, when people have jobs again, they will go on a buying frenzy. They will be exhorted to do so by the government, in order to jump-start the economy. In the meantime, online buying and delivery services are and will continue to be more ubiquitous than ever.

There will be lots of analyses of the pandemic, from scientific articles about the behavior and characteristics of the virus itself to political critiques about the response to the pandemic – was it too little, too late? Was Trump’s lack of leadership a major factor in the out-of-control number of cases and deaths? In fact, Adam Schiff is already talking about setting up a commission, like the 9/11 Commission, to research, evaluate and synthesize the entire crisis once the pandemic is over. A very large tome with small print and thin paper will be released a couple of years from now for anyone in the public who has the time and inclination to actually read it. But its main points will be publicized and talked about.

Will this lead to dialogue to deal with the very serious problems threatening our democracy? Probably, among some people. But I’m sorry to say, I think most people will return to their former lives (if they still have jobs, that is) as much as they are able – the life they knew that was comfortable. Yet, we won’t be the same. What characteristic will linger when we are all free to roam the world again? After 9/11, it was fear. Post-pandemic, it might be pathological individualism. We’ve fought the good fight, we came out of it with a shaky economy but we can get back to where we were. And now we want our individual lives back.

(All photos except the last one were downloaded from Google Images. The last photo is my own – we found hand sanitizer at Walgreens!)