Since it is Good Friday, I thought this “top” would be appropriate – it is the dome inside the Church of the Holy Sepulchre in Jerusalem,  which was built on what is believed to be the site of both the crucifixion and the tomb where Jesus was buried.

The church as it stands today is the same church that was built in the 12th century in the time of the Crusades. Here are some more photos I took there.

Entrance to the courtyard of the church

Courtyard outside the church

Lots of tourists file past the elaborate altar. 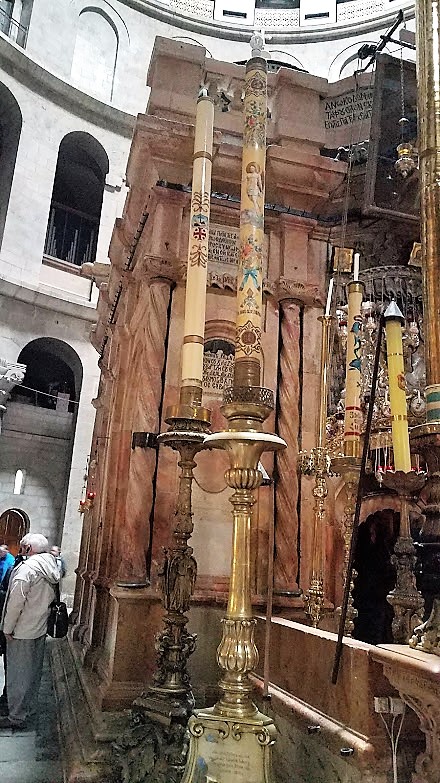 It was the most ornate church I had ever seen.

The church has several chapels and altars.

Within the church are the last four stations of the cross on the Via Dolorosa, the route Jesus walked carrying the cross. 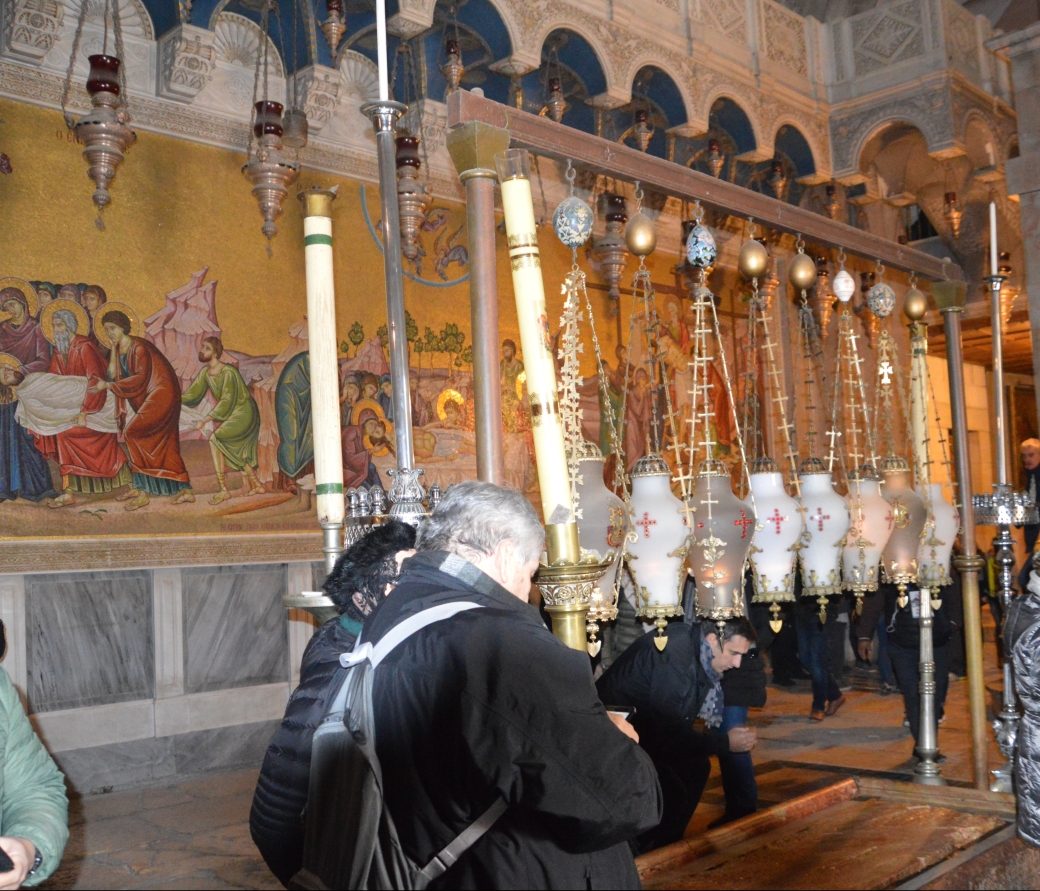 Stairway to the lower level

2 thoughts on “April Square Tops: Church of the Holy Sepulchre”