Ragtag’s Daily Prompt word today is thingamajig. It is a word we’ve always used (or one like it) when we don’t know or remember the name of something. I looked up the word to see how it would be defined:
Merriam-Webster has a good, concise definition: something that is hard to classify or whose name is unknown or forgotten.
I found the synonyms amusing: dingus, doodad, doohickey, hickey, thingamabob, thingummy, whatchamacallit, whatnot, whatsit (also whatsis or what-is-it)

I am often at a loss for words, so I’m likely to use thingamajig or one of its synonyms more often than most people. However, as I looked in my photo archives, I did find some objects that defied definition or name. These are some of them.

The Bottle Tree Ranch in California, on Route 66, is full of thingamajigs, doodads, and whatchamacallits. In fact, I think that is its entire reason for being. Lots of weird, rusty machine parts that I have no clue as to what they are even used for… 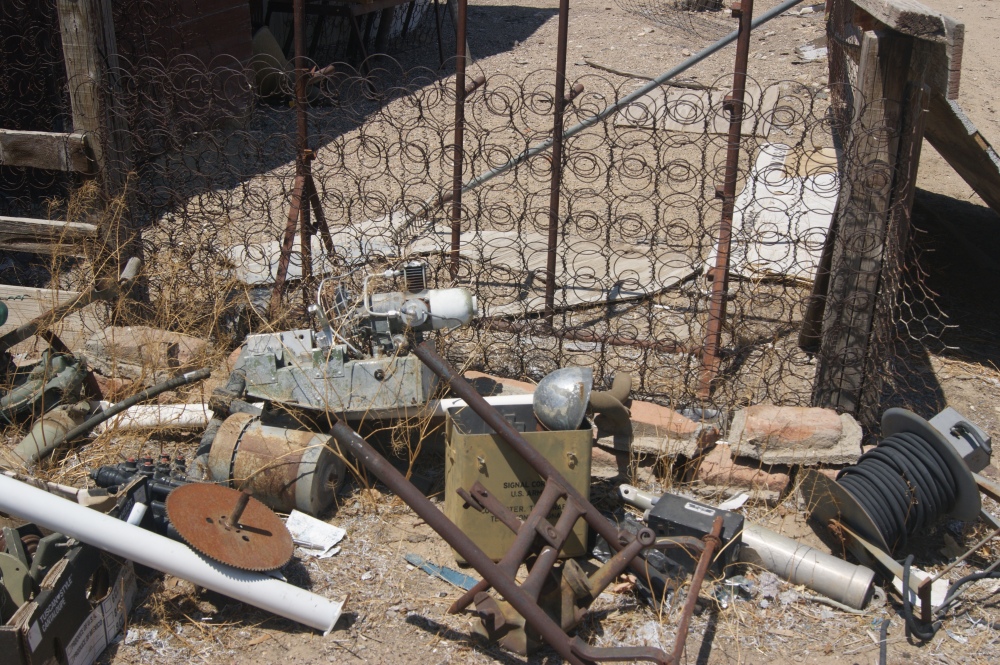 More such things are on display at the Overlord Museum at Omaha Beach in Normandy, France. If your thing is machines used in war, this is the place to visit.

There was a lot of chaos on the beaches of Normandy on D-Day, June 6, 1944, as these displays attest to, so it’s only to be expected to find plenty of hoojiggies (another synonym!) there.  I trust that the men who were using these pieces of machinery had better vocabulary about them than I do! 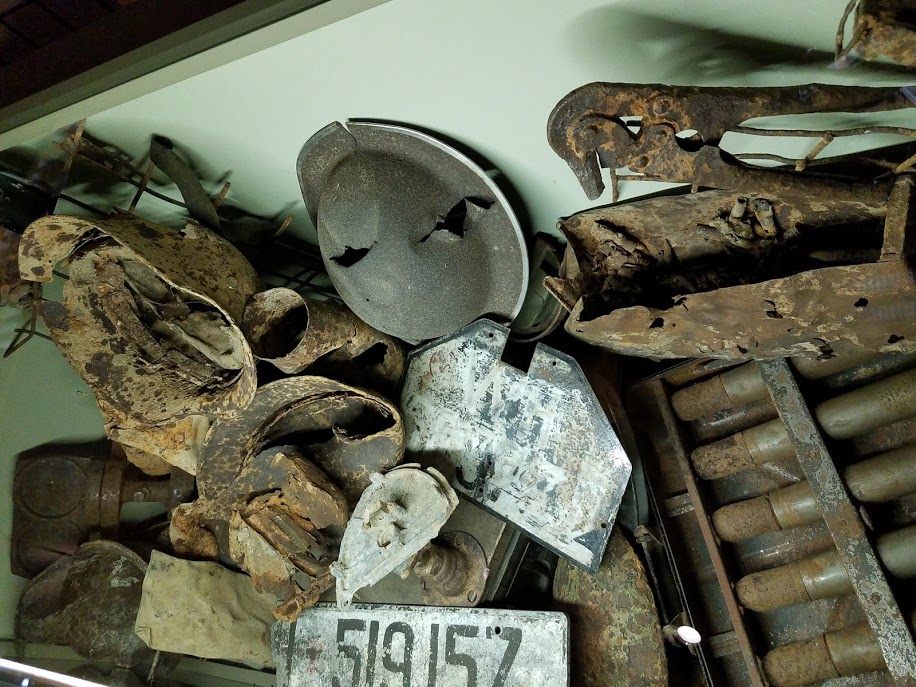 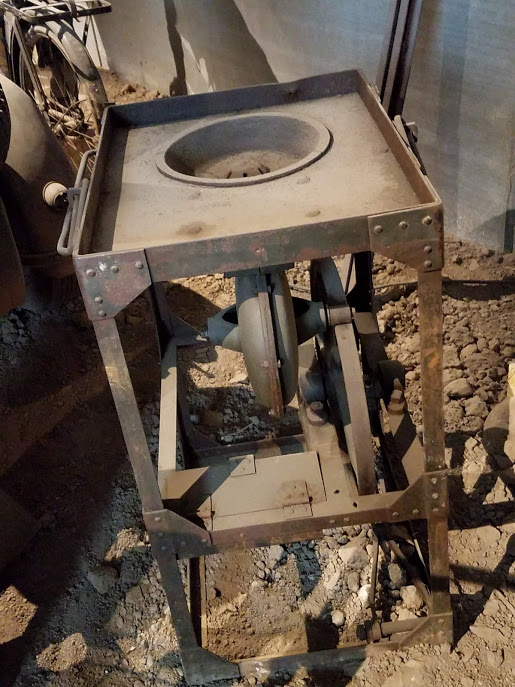 Enough of broken machine parts! What would you call this so-called piece of art, on display at the Rijksmuseum in Amsterdam?

(Yeah, me neither, but scary, for sure…)

But – saving the best for last – I had to take a photograph of this weird whatchamacallit I spotted along a sidewalk in Chicago. I have no idea why it’s there or what it’s used for. (The water bottle adds a nice touch, though! At least it can be used to set things down on, and then forget them!)

If anyone can clarify what this thingamajig is, I’d be interested to find out!