These are some berries that I’ve discovered on my walks around campus the last few days. 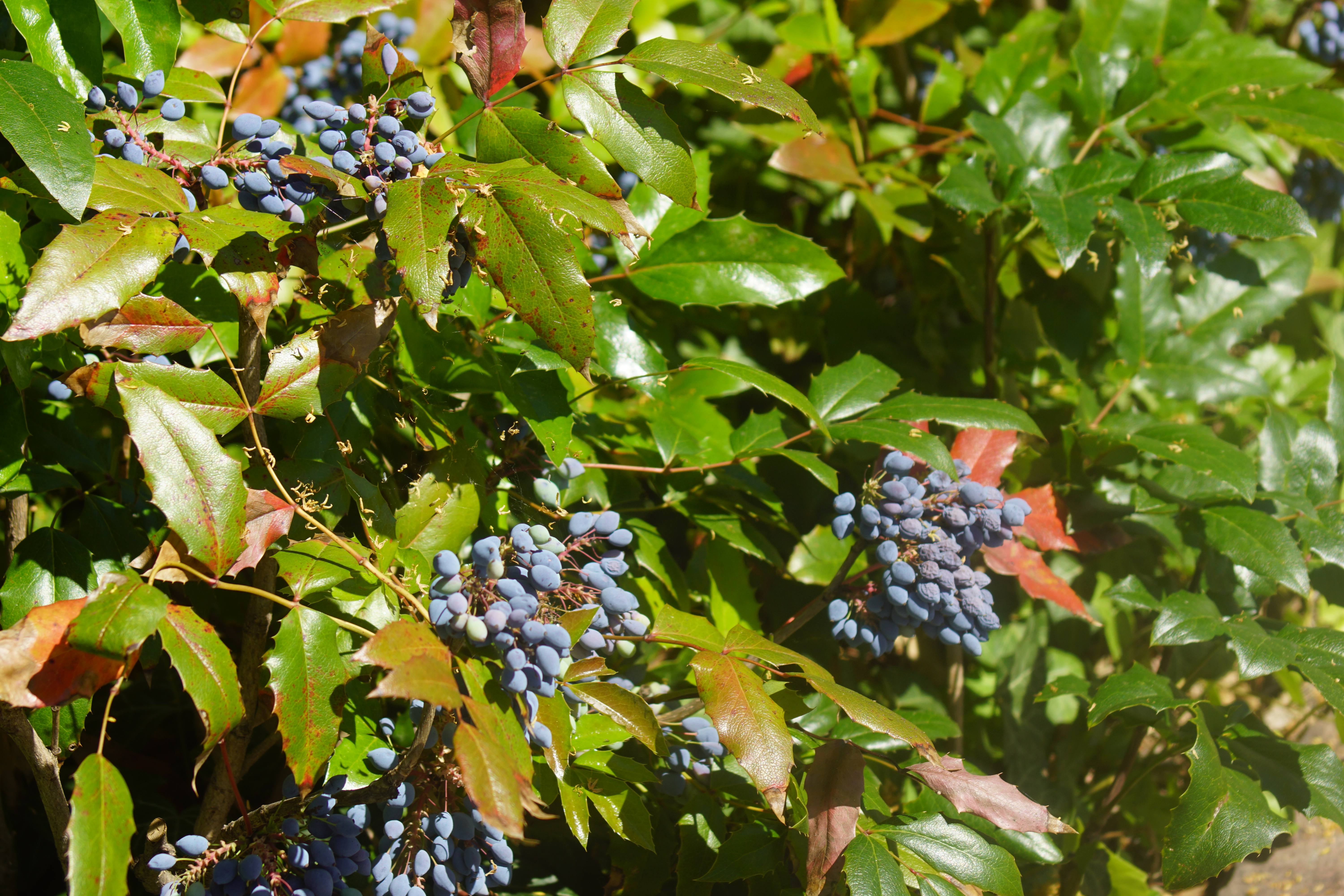 I’m not sure what these berries are, but I took this photo in Miltenberg, Germany on June 29, 2019.

Our next activity wasn’t scheduled until 5:30, which was a hike on Rock Creek trail. Our guide met us at the lodge and we drove to the park. Once again, we were the only ones who had signed up for this tour! Only this time, there really weren’t any other people on the hike except us. It was fun anyway.

Our guide’s name was Katie, too. She has a degree in geological environmental science, so she has a good knowledge of the earth’s physical processes, including meteorology. She spent an entire year studying meteorology and climate change.

On the hike, she focused on telling us about various plant species that we encountered, and I also stopped often to take pictures of mushrooms to add to my collection! 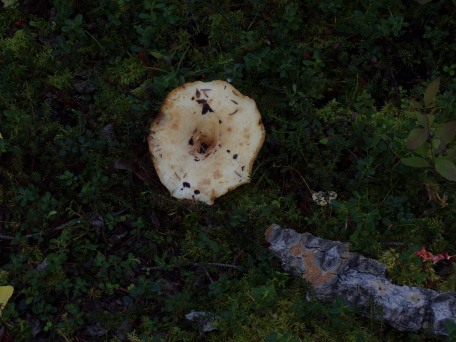 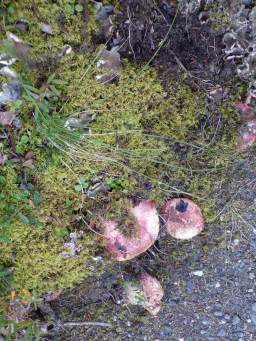 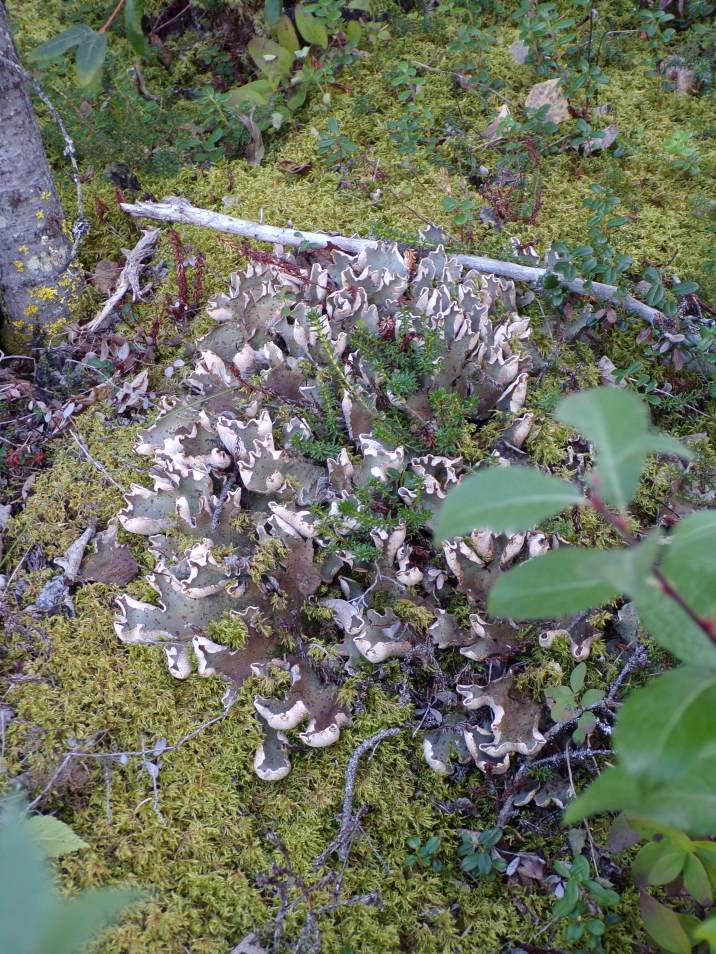 Aspen and birch both have white bark and similar leaves, but the difference is that the birch leaf is more elongated and pointed at the tip, with more pronounced serrations, while the aspen’s leaf is rounder and more finely serrated. 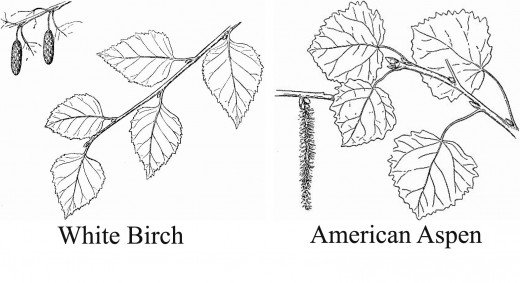 Aspen bark is thicker while birch bark is paper thin and can peel easily, which is why it has been used historically as paper. Aspen bark can be tan or greenish tan. It can photosynthesize through its bark, allowing it to keep growing even after the short Alaskan summer.

Lots of the aspen trees have scratches and irregular marks on them. This is caused by moose who like to eat the bark.

Aspens are able to clone themselves. This is called a “community.” Scientists can figure out which aspens in a forest belong to the same community by studying growth patterns and changes in the leaves. For example, if a group of aspens’ leaves turn yellow at exactly the same time, they are likely from the same community. Likewise if their leaves turn orange and begin to wither at the same time. We could observe this phenomenon ourselves by looking up into the canopy of the stands of aspens. 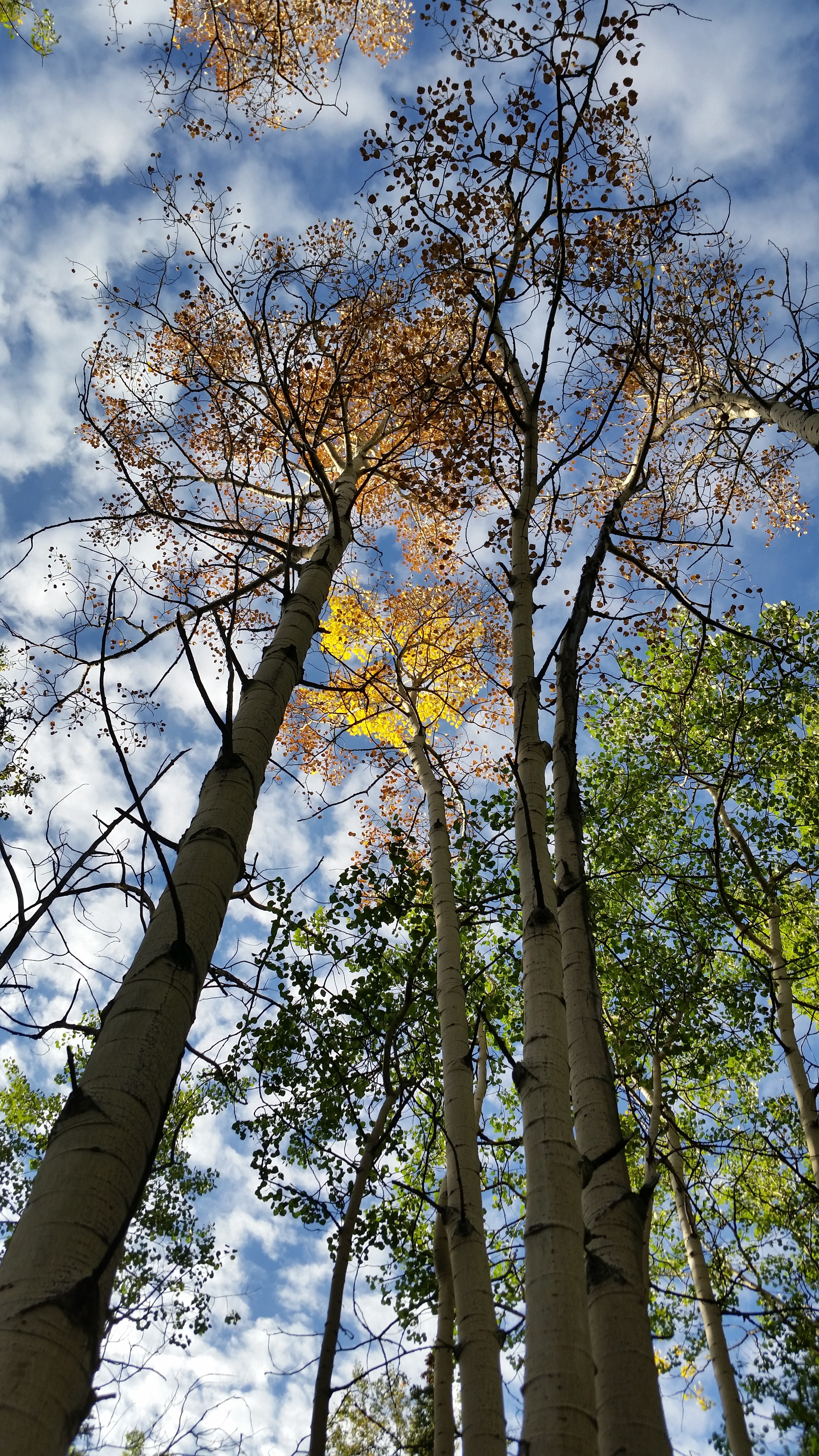 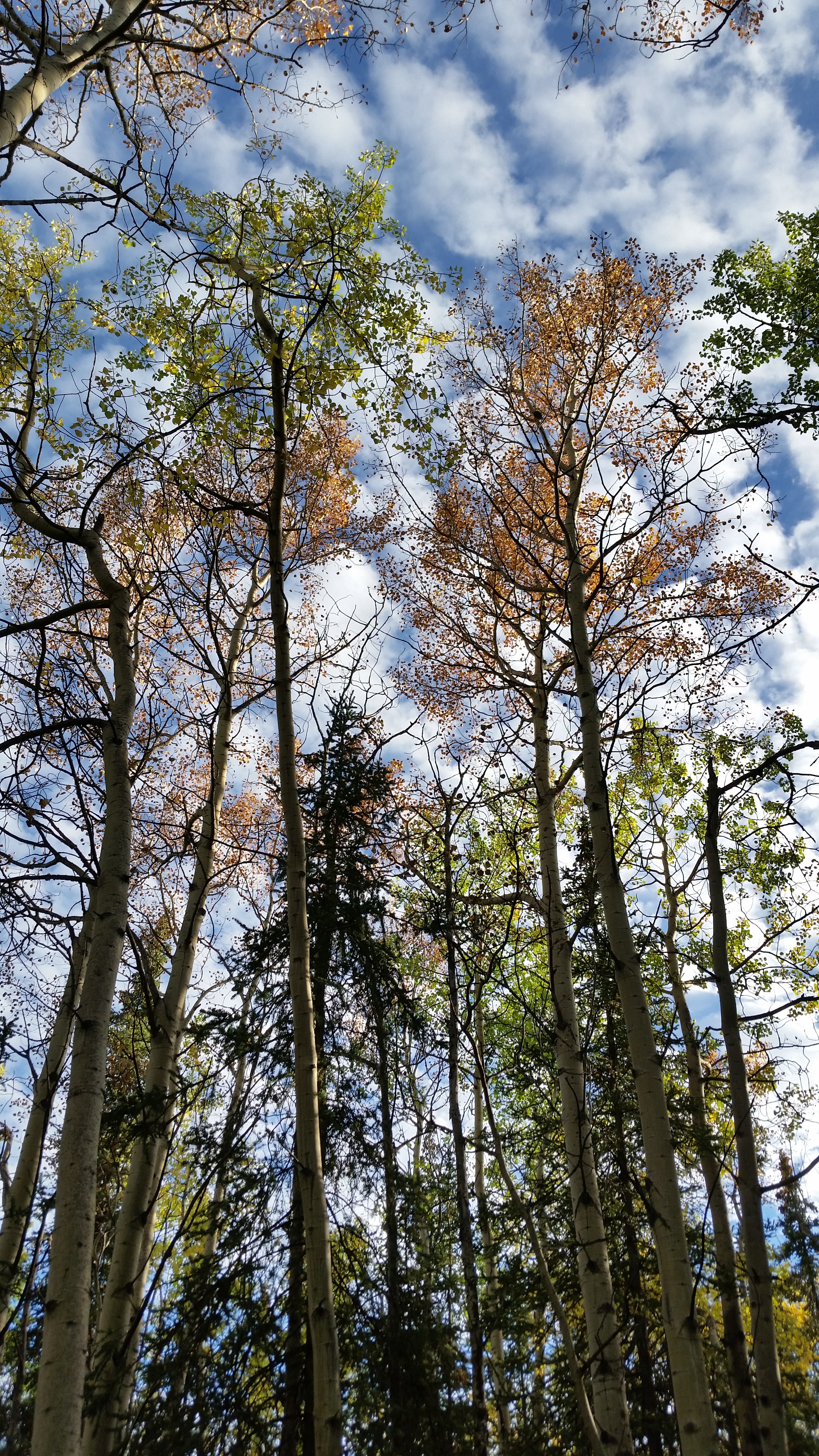 There are several types of berries in Alaska that you can eat. One is a smaller type of cranberry, a bit tarter than the one we are familiar with. Rosehips, another berry, has a strong flavor and lots of Vitamin C – a handful of them has more Vitamin C than an entire orange. I am familiar with rosehips because I drink it a lot in tea. 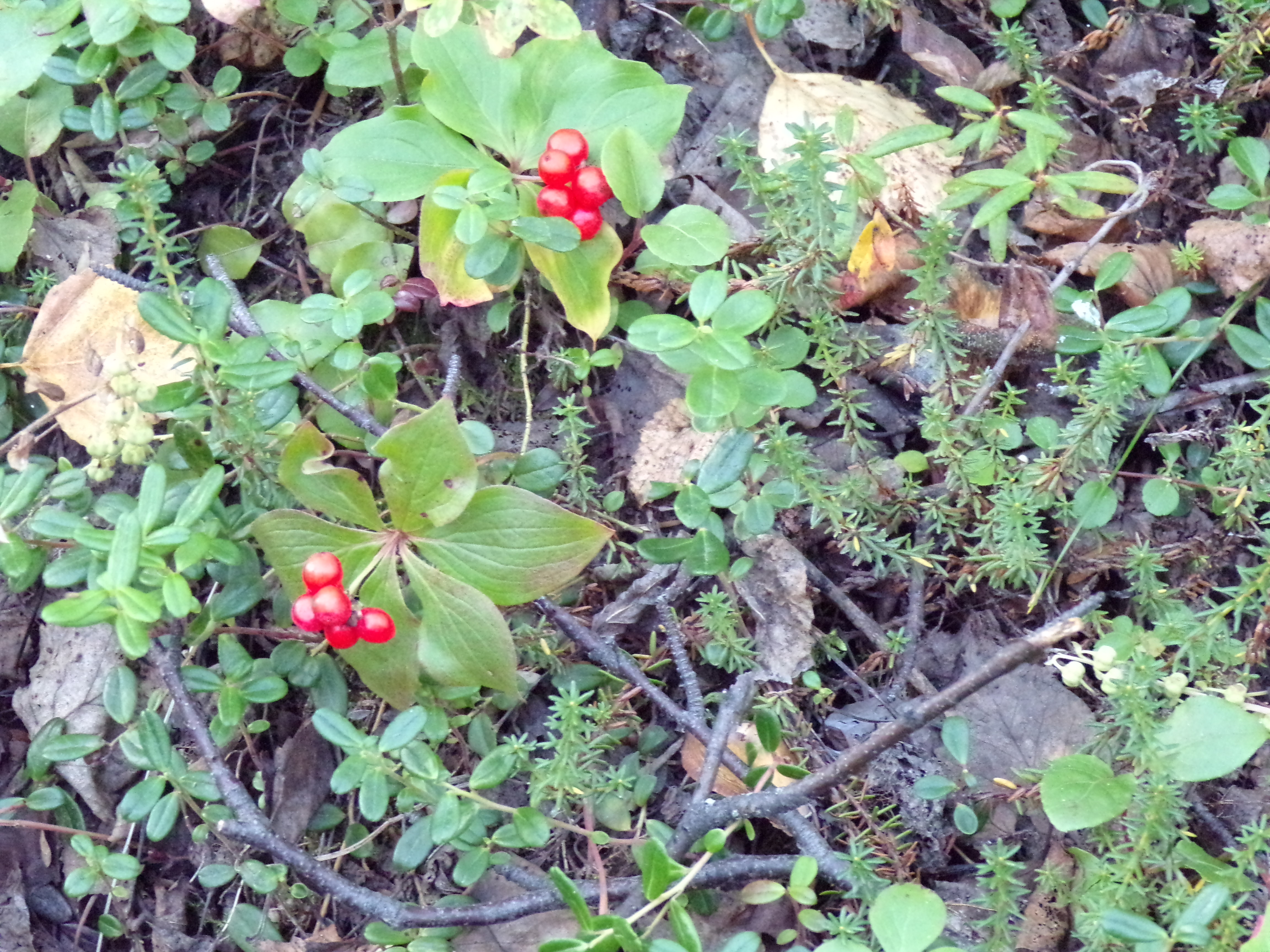 Another berry is orange and grows singly, and it tastes like a snap pea. Soapberries

(that the grizzly bear we saw was foraging for) actually do taste like soap! They are a favorite of bears – perhaps their taste buds process the taste of the soapberry differently than ours! Wild blueberries have a sharper taste than what we get at the supermarket, but they are still really good. Katie also pointed out some red currants. 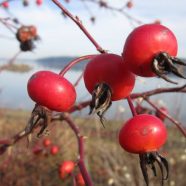 Plants have developed adaptations to survive in this harsh climate. The willow here, for example, doesn’t grow into a tree, it grows as a shrub or even smaller plant. But notice its leaves – they are the same as a willow tree’s. The same thing is true with the alder.

There are two kinds of spruce – the white spruce that looks like a traditional Christmas tree, and the black spruce, native to Alaska, which is thin and scraggly. The burls on the spruce’s trunk are caused by injury or irritation, and the bark grows around it. Burls are interesting because their wood has a swirly pattern, favored by artists who make wood carvings. The black spruce often has what’s called “witch’s broom” (tiny little twig branches that grow in bunches), a reaction to a fungus that spreads on the tree. You can see the fungus and lichen growing on the black spruce, killing the branches if it spreads too much.

Fireweed is a plant that is called this for two reasons: the leaves turn bright red, looking like fire; but the real reason is that it is the first plant to grow after a forest fire. Some have flowers, some don’t. When the flowers go to seed (get fluffy white stuff on top), it means snow should be expected in six weeks.

Horsetail is a plant with grass-like leaves. Now it is a couple of feet high, at most, but it is a plant that in prehistoric times was gigantic and herbivorous dinosaurs ate them. it has evolved into the plant that grows on the tundra today.

There is a freeze and thaw cycle on the tundra, but the permafrost should be constant below the topsoil. With global warming/climate change, the permafrost thaws permanently and then the soil becomes soft and spongy because it absorbs too much water. With this soft soil, plants and trees may become crooked or lean over. When there is a whole forest of these leaning trees, it is called a “drunken” forest.

Even in this spongy soil, there are hard lumps that develop and moss grows over them. Walking on the spongy ground and suddenly coming up against these hard mounds can cause a person (or animal) to twist one’s ankle!!

Permafrost close to the surface can stunt black spruce growth, because the trees will only grow as tall as their roots extend below the surface. This is why in certain areas the black spruce trees are very tiny.

Glacial erratic are large rocks that are found randomly in places they don’t seem to belong. These are rocks that glaciers pick up and carry as they expand, and drop them as they recede. These boulders get caught in the icy crevasses of the glacier so they are not ground up into silt like most material that glaciers cover.

I couldn’t resist adding a few more of my mushroom photos that I took on the hike! 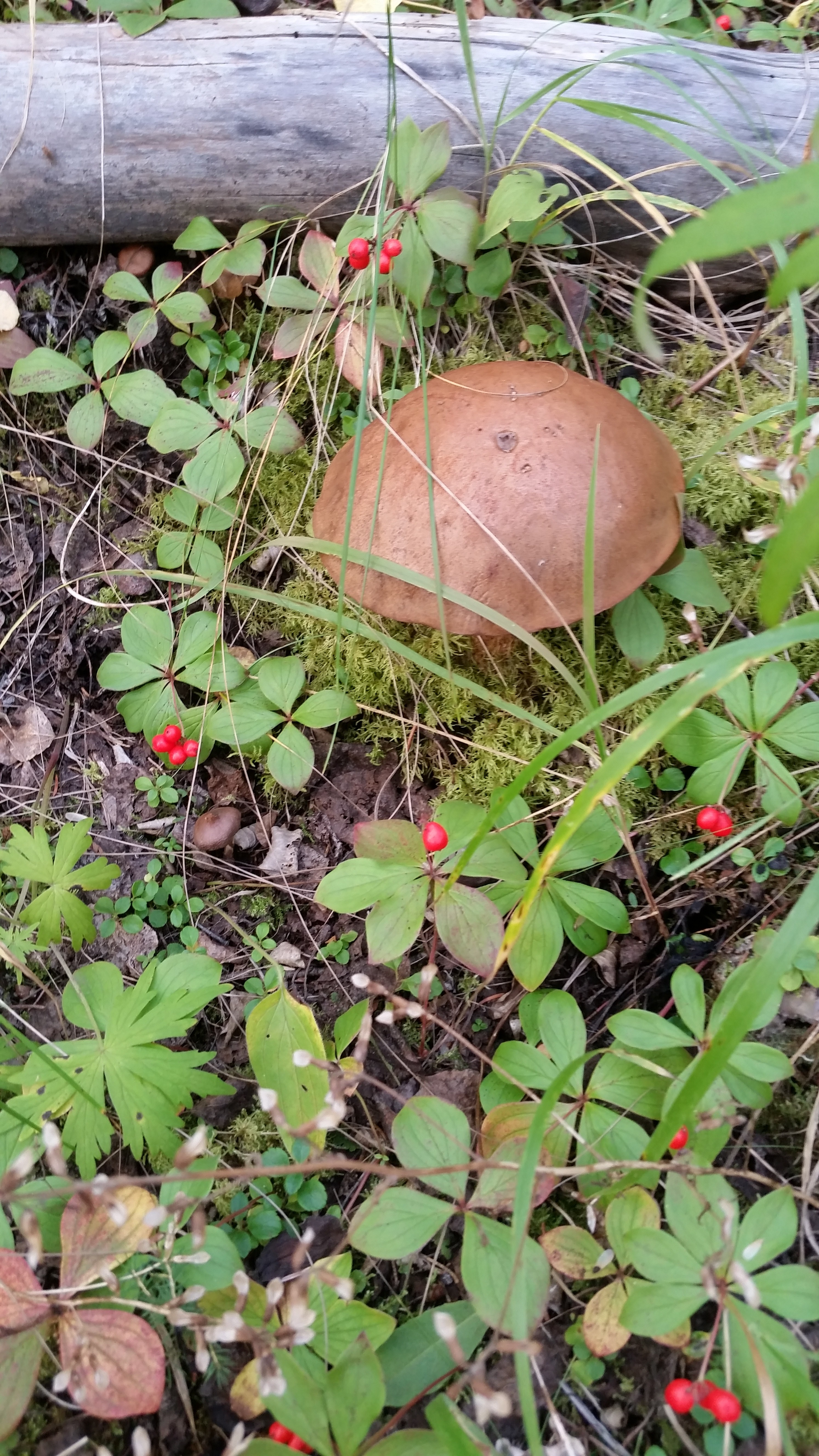 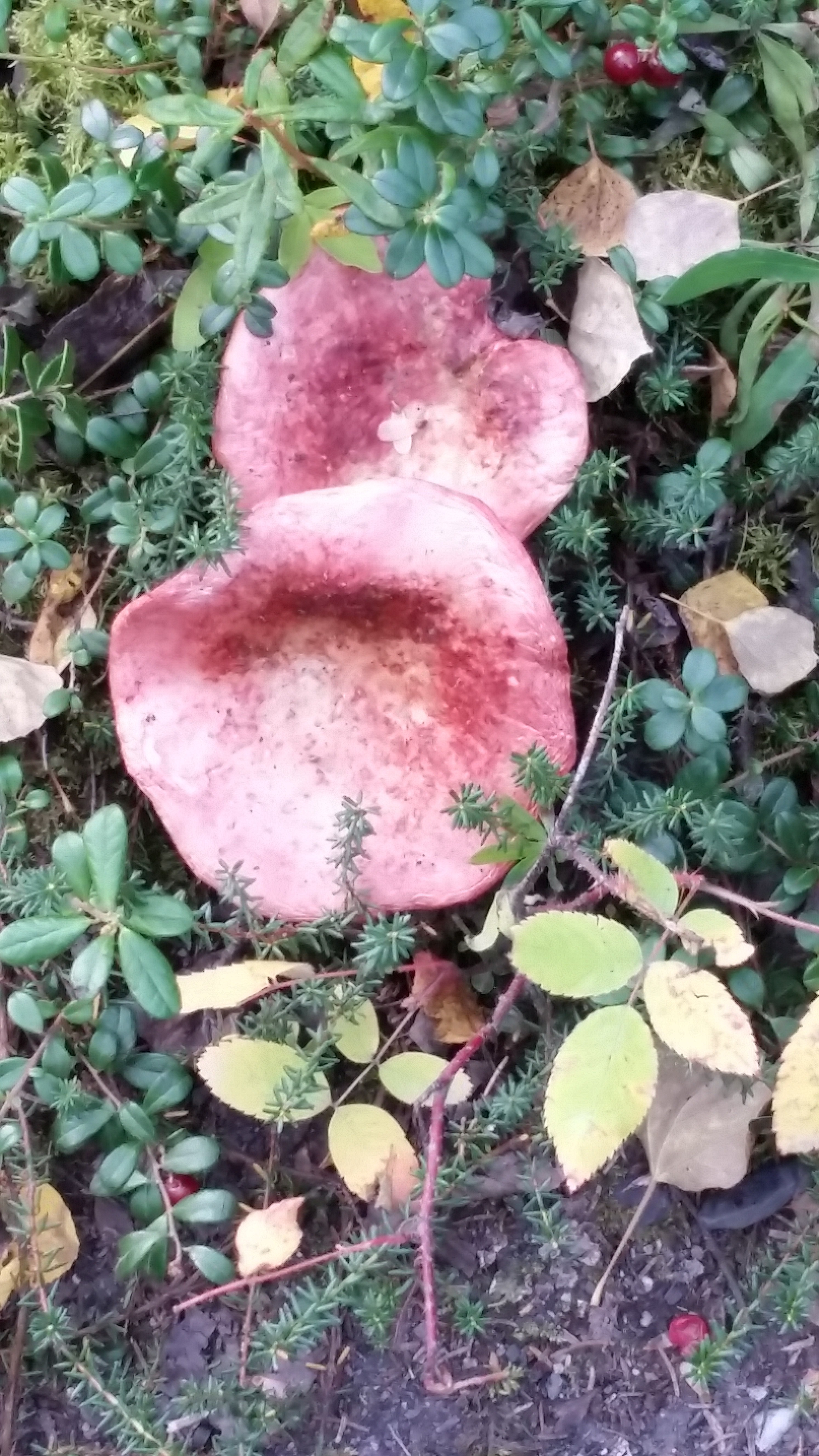 Squirrels knocked over and foraged mushrooms as shown in the photo below. 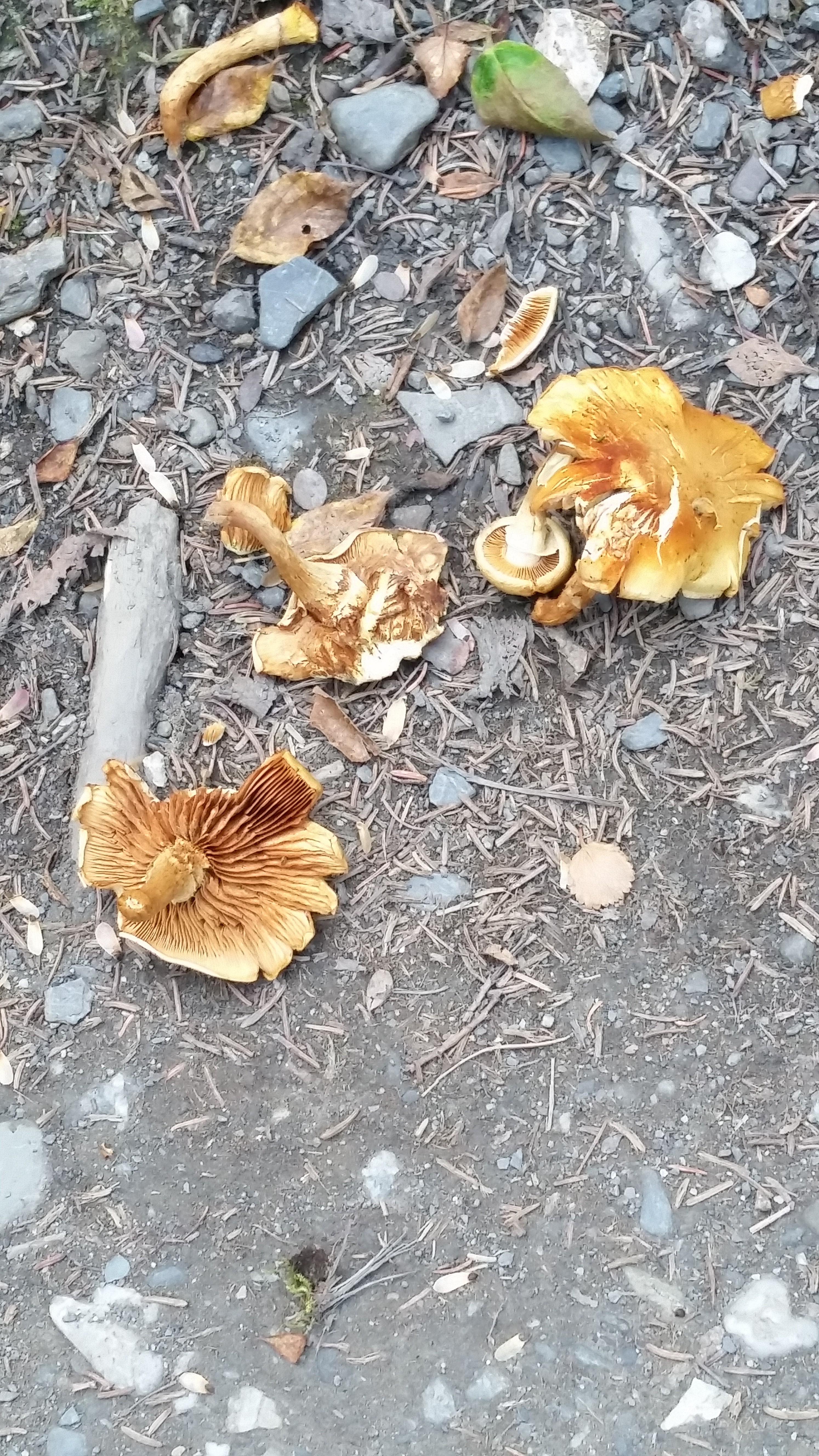