The topic for Bird Weekly is: Birds whose name starts with “G”.

Cee’s Fun Foto Challenge continues with its color series. This week the colors are orange and green separately or combined.

These combos were taken at the Park Ridge Farmer’s Market.

My zinnias in the full bloom of summer

A tree in the process of turning into fall color

Entrance to a restaurant in Luxor, Egypt

Two at the orchid show at Chicago Botanic Gardens

I started thinking about things that don’t have power and first thought of living beings without power – children, defenseless animals kept in cages, black men in a police chokehold or being unable to breathe when pinned to the ground. However, among my own photos, I have only some some small, powerless animals:

Machines without motors (without power of their own) include:

a rusted old broken down truck (in which a cactus is blooming!),

…and motorless boats, such as the Egyptian dahabeya:
Aida is a private cruise boat owned by the tour company Overseas Adventure Travel, modeled on the traditional dahabeya – a boat whose power depends on sails, or a tugboat to pull it.

Being a Nile River cruise boat, Aida was more efficient being pulled by a tugboat in order to reliably follow a set itinerary. Sails would mean depending on the speed and direction of the wind. The above photo was taken from another boat so we could see what it looked like with its sails unfurled. It was the only time on the cruise that the sails were used.

This is another, smaller dahabeya.

Now…how do I take a photo of a home during a blackout?

This week, Nancy Merrill’s A Photo a Week challenge is Up in the Air.

Gulls follow the boats on the Sea of Galilee in Israel.. I guess they think people are going to feed them but we didn’t. 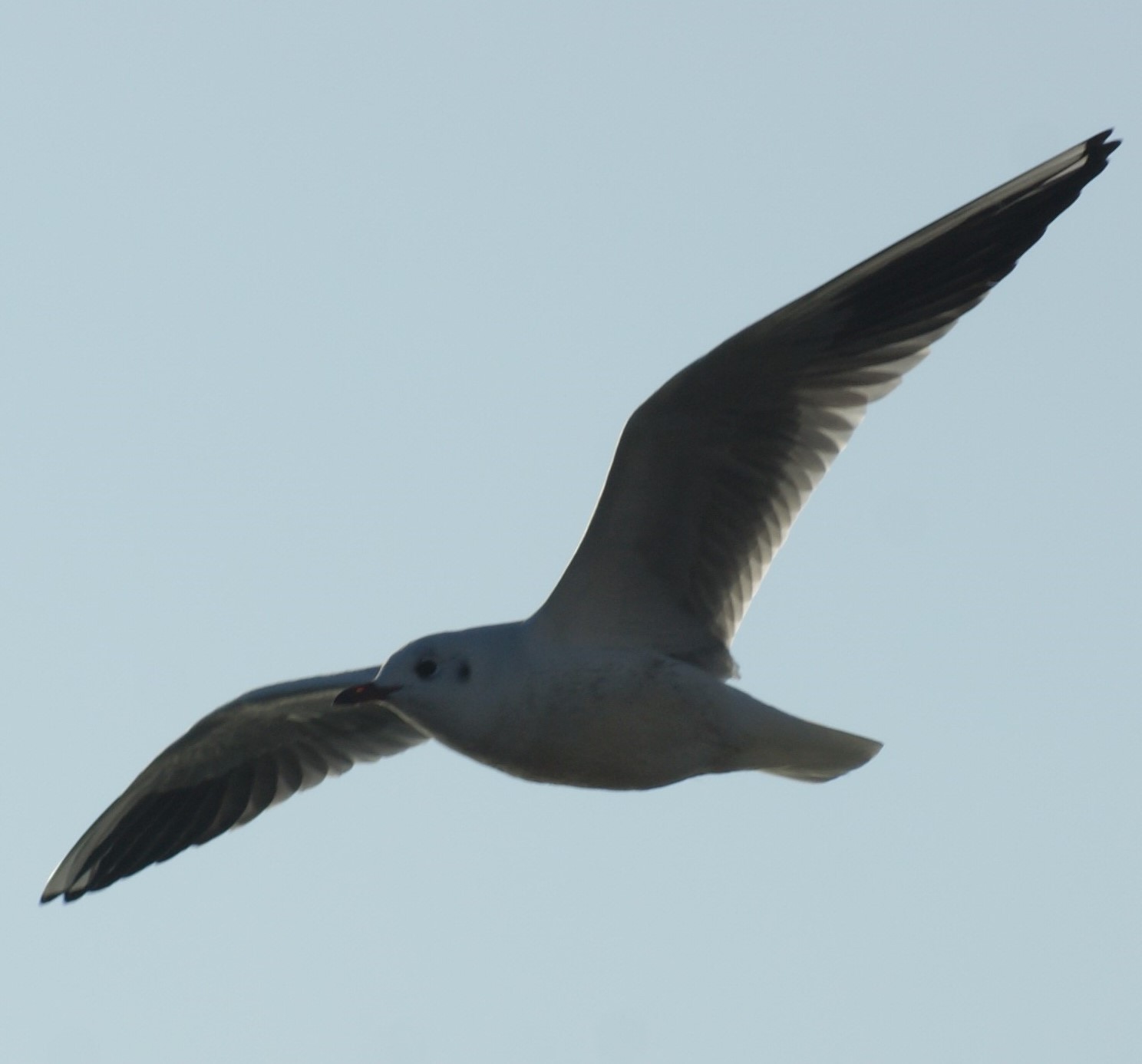 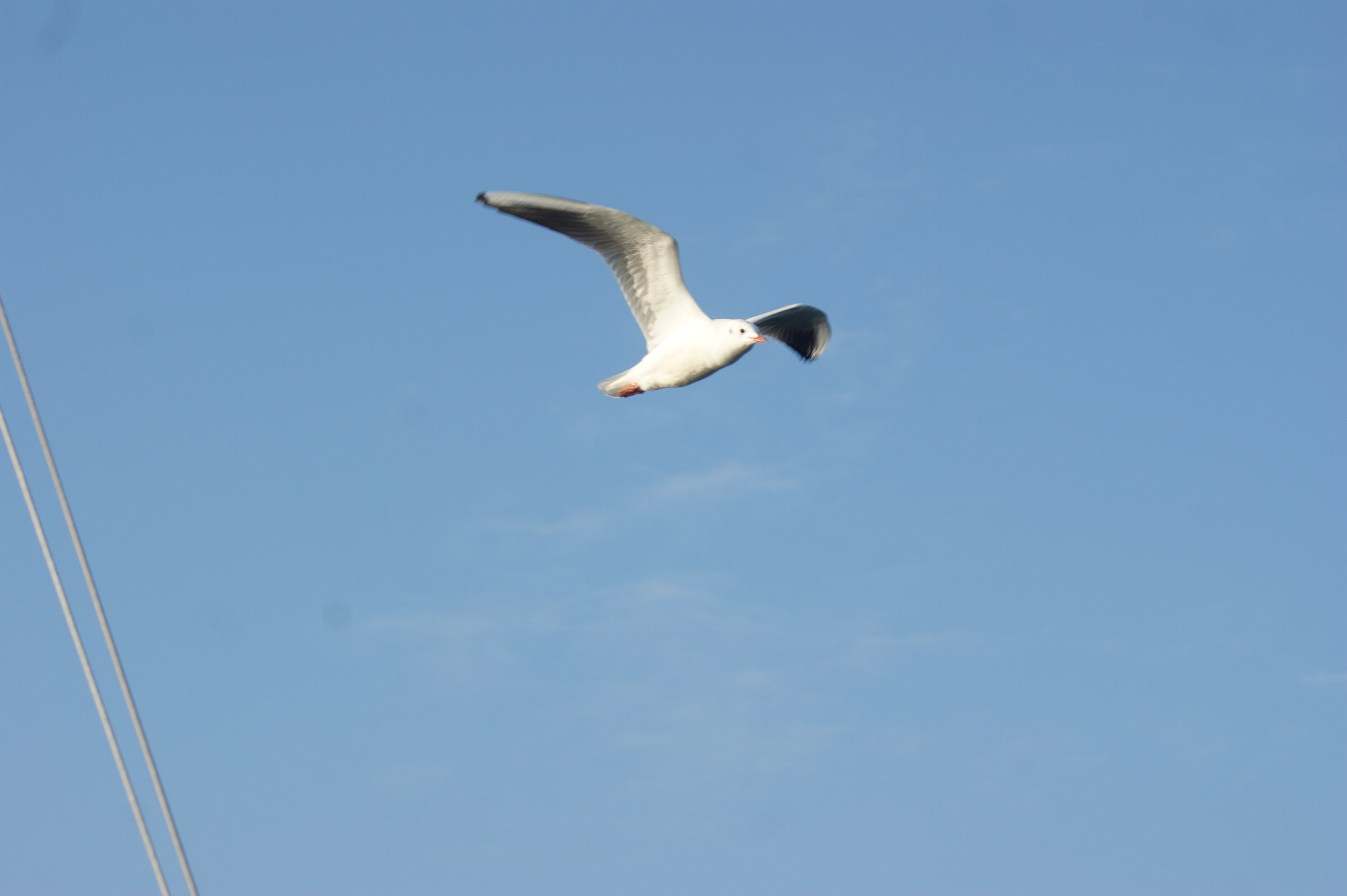 And here is a flowering tree last spring.

Amy at Lens-Artists this week invites us to explore the topic of narrow.

In my travels to “old” places – places built when there were no cars or crowds of tourists -I explored (or declined to explore) many narrow streets and other passageways.

Places like Old Town Tallinn, Estonia (where I got lost due to sidewalks and streets so narrow that I lost sight of our guide!)… 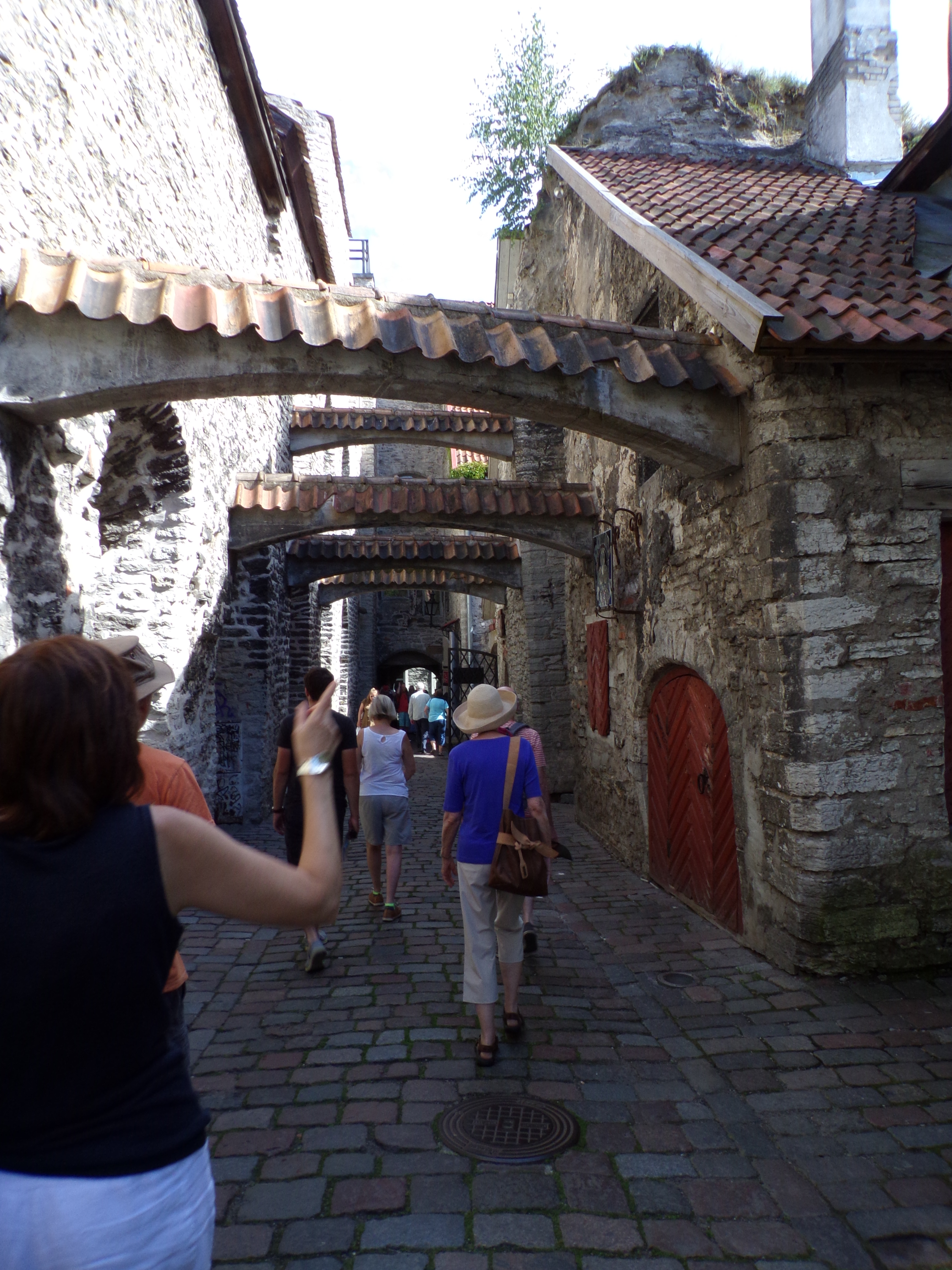 A van that is nearly as wide as this street in Old Town forces all pedestrians to the narrow sidewalk on the left.

There were also narrow witches! 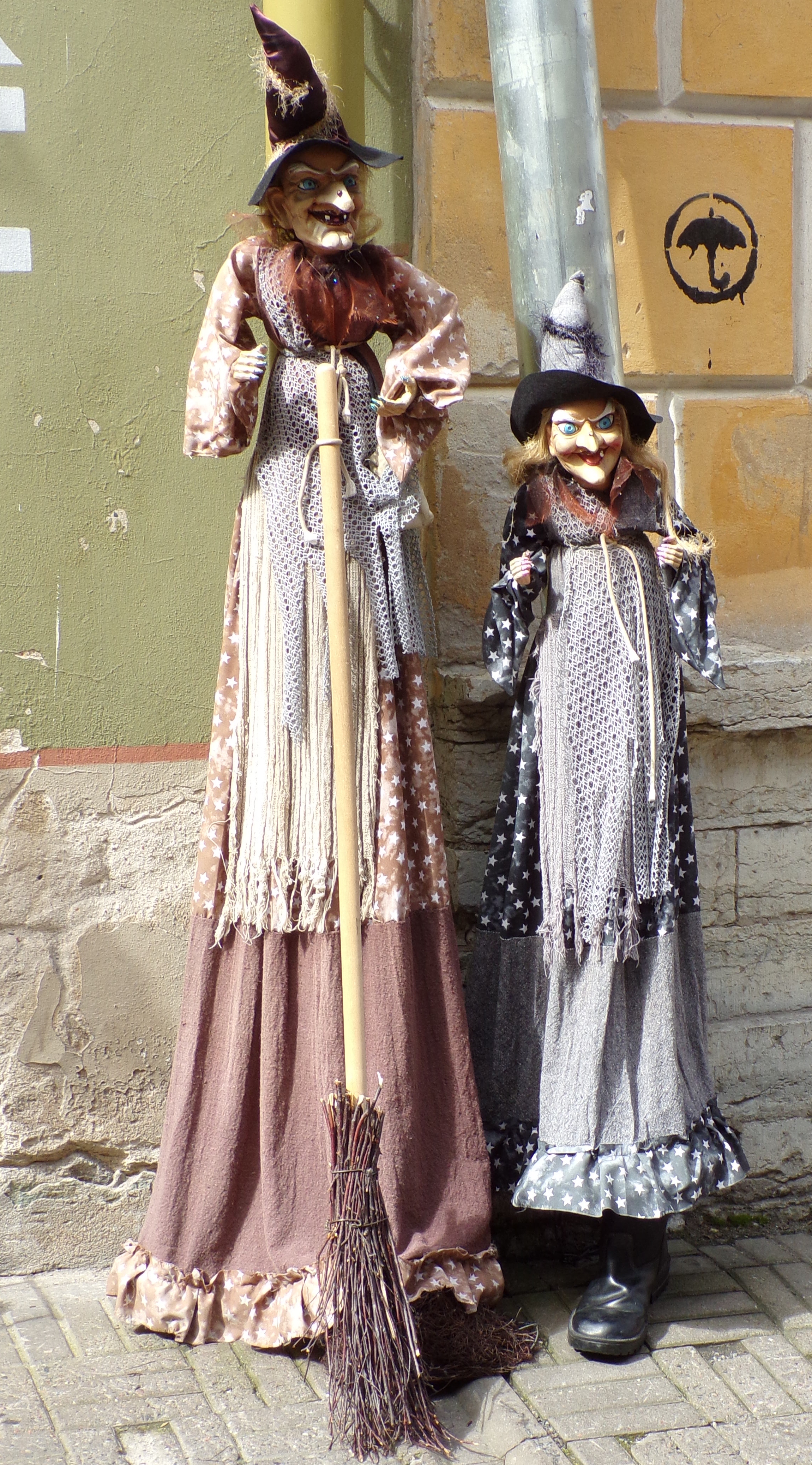 In Stockholm, Sweden, I tried to imagine returning home to one of these narrow alleys on a dark afternoon in winter!

Dale ends our bike ride through Stockholm coasting down a narrow cobblestone street. 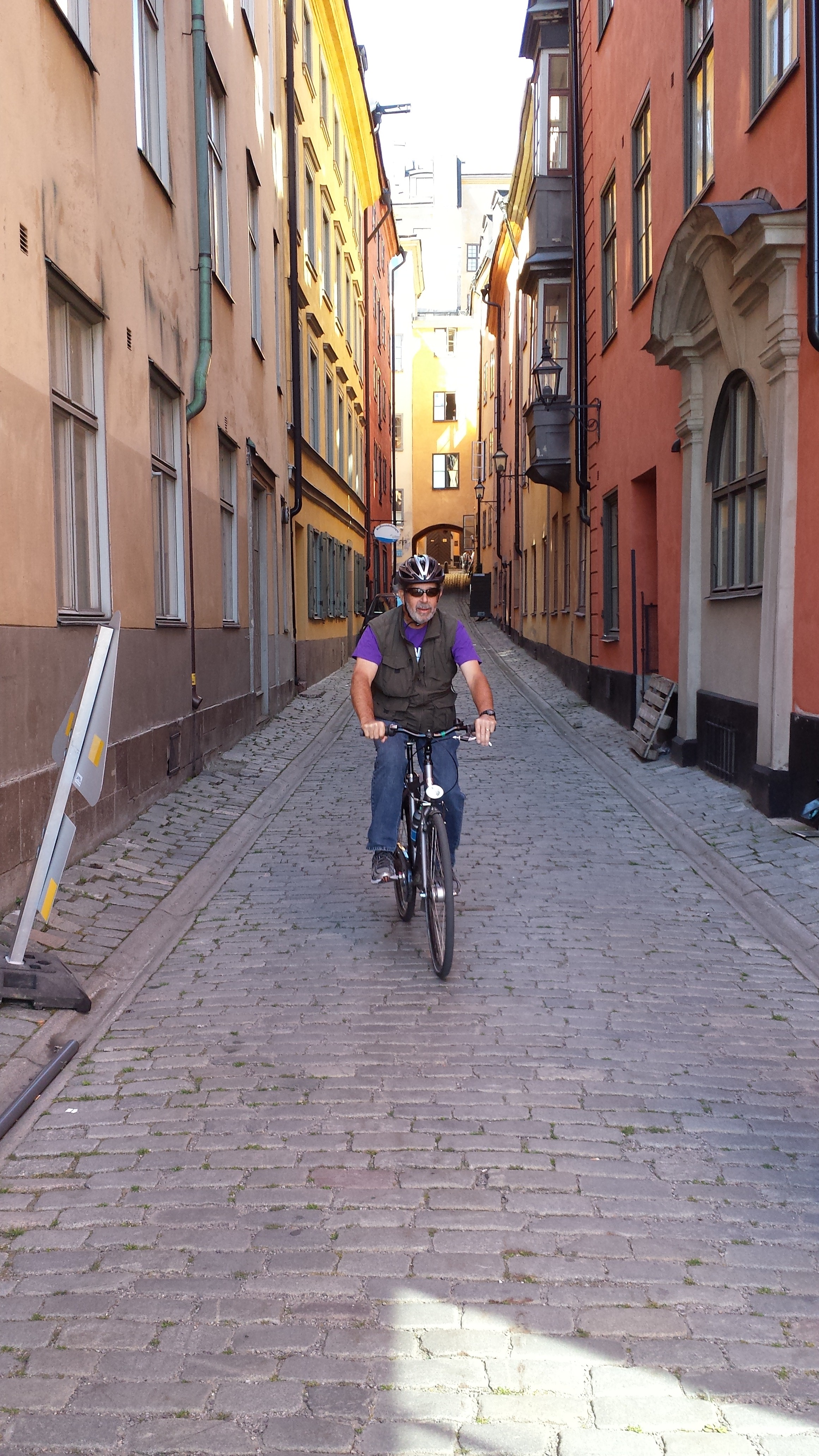 Stockholm, like many European countries, also has tall, narrow buildings. 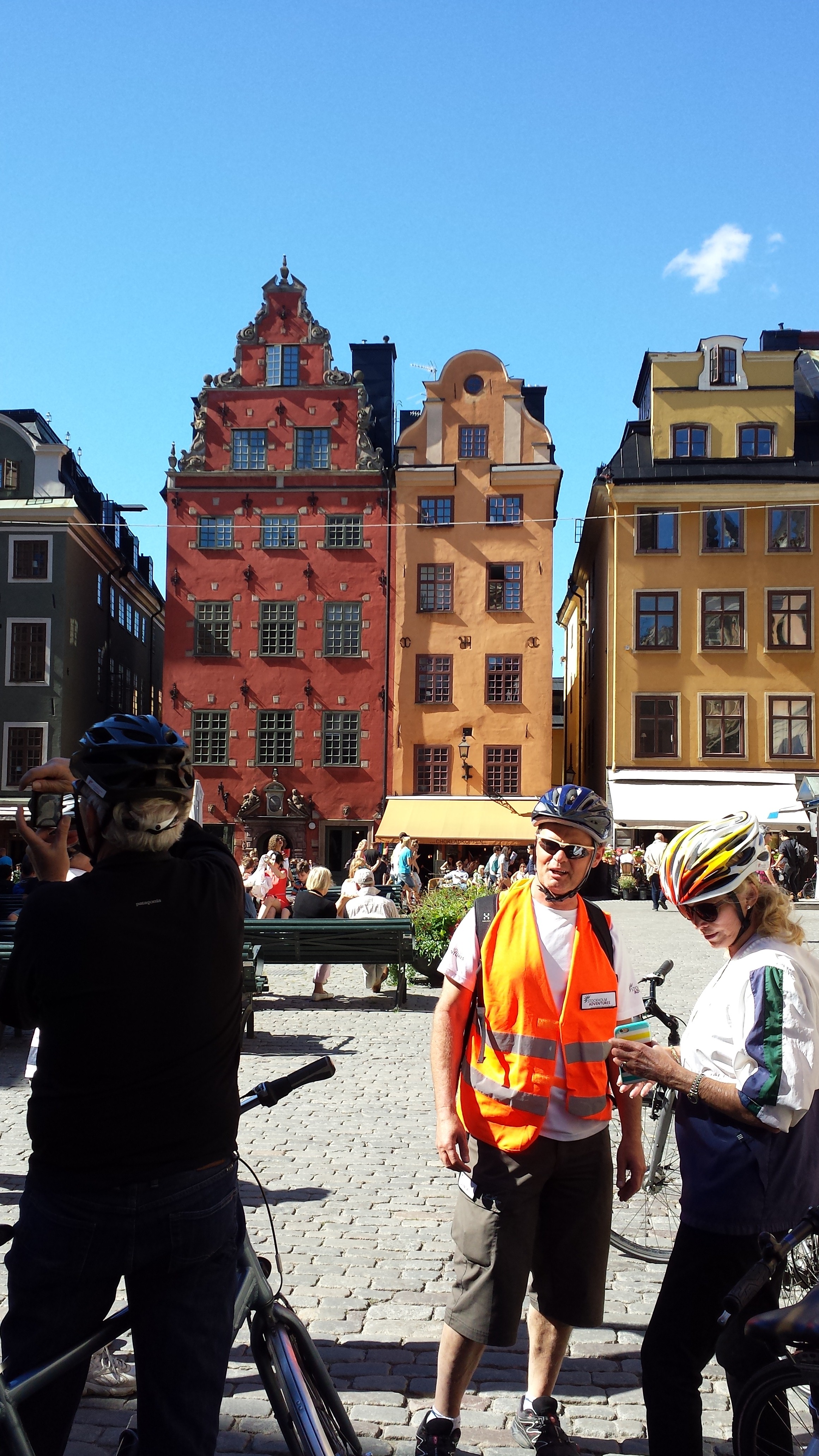 Even older is Old Jerusalem, Israel…Like elsewhere, vehicles have the right of way, squeezing pedestrians to the wall.

Some of these climbing narrow streets are divided between steps and ramps. 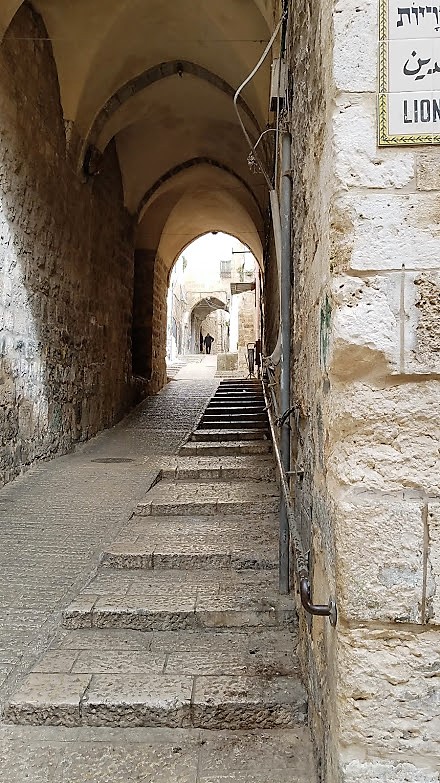 Watch out for motorcycles coming through! 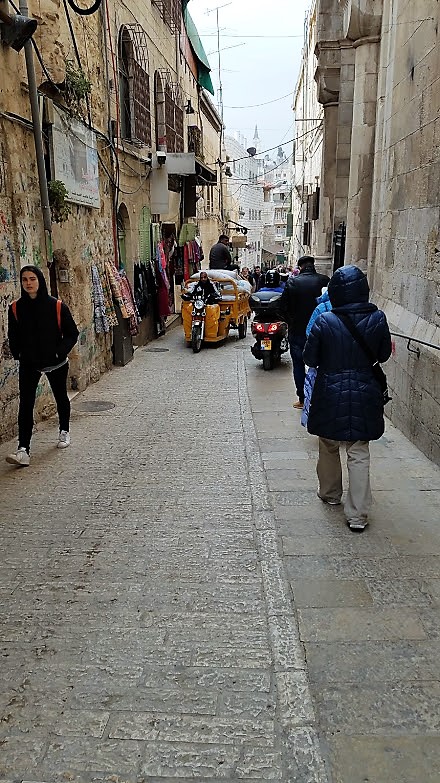 In ancient Egypt, clearly people were smaller to fit into narrow passageways into pyramids and tombs.

Dale and a few other adventurous souls (such as this woman from our group emerging from a pyramid) did go down these narrow steps into a now empty room in the Queen’s tomb in Giza. I took one look and decided to wait outside!

Tourists descend a long narrow hallway covered with inscriptions and paintings to reach the tomb of Ramses IX in Valley of the Kings. These hieroglyphics declaim the deeds of the king during his reign, and there are also symbols of gods to accompany him to the afterlife.

At the Chateau of Caen, France, a narrow stairway leads down to…where??

On Omaha Beach, in Normandy, are the remains of WWII German bunkers, which I declined to enter, also reached through narrow passages and stairways. (I’m glad I didn’t go in – my son’s photos show empty rooms with an inch of rainwater covering the floors!)

On the way back to our Airbnb farmhouse through the Normandy countryside, we drove down the narrow roads of villages, flanked by houses on both sides.

A car in front of us navigates a sharp corner into another narrow street. 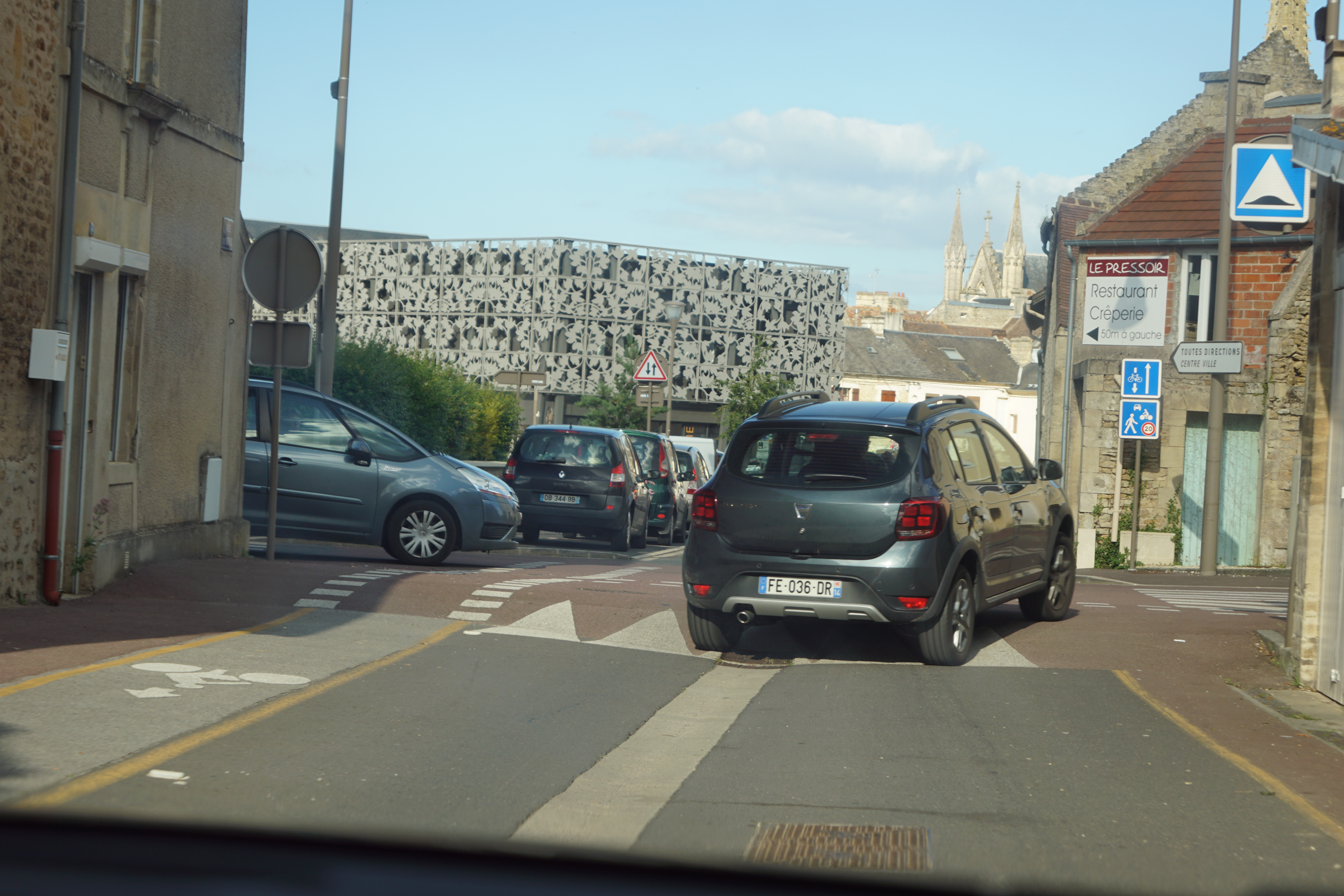 A lot of traffic in Amsterdam travels its canals, which narrow on approach to bridges.

Bridges have these traffic signals indicating when it is safe and permissible to proceed (or not!).

The day after our tour of the canals, we went to the “red light district” where we were told not to take photos of the sex workers who lived on either side of these narrow alleyways. Probably also not a good idea to photograph potential clients – good thing this one came out blurry!

In Amsterdam, we stayed in an Airbnb 2nd floor flat, with a narrow stairway winding up to it. That was one of our son’s obligations to us for paying for his trip – carry our suitcases up and down! The stairway was so narrow and windy that he had to carry the suitcases one by one in his arms!

Cee’s Fun Foto Challenge continues with her color series and this week is WHITE. 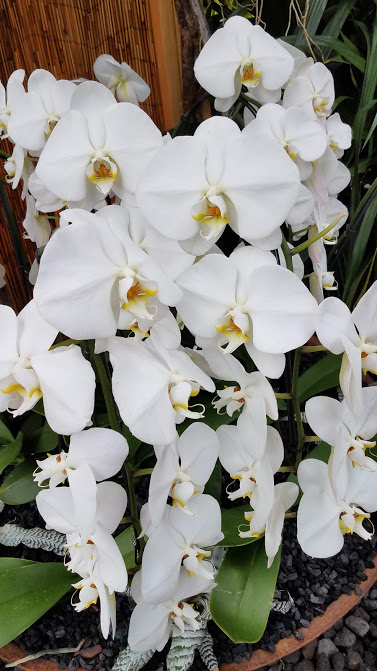 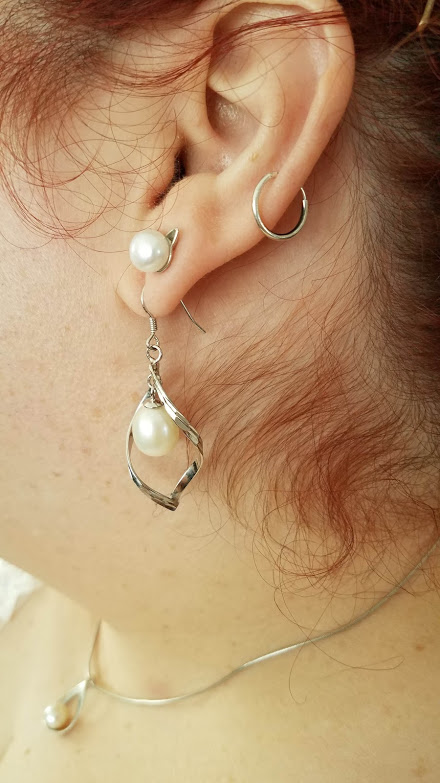 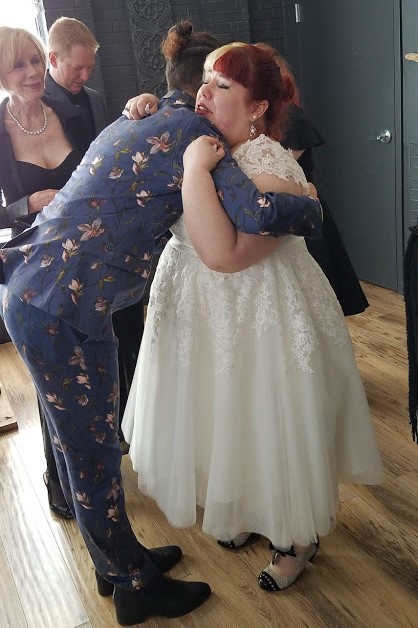 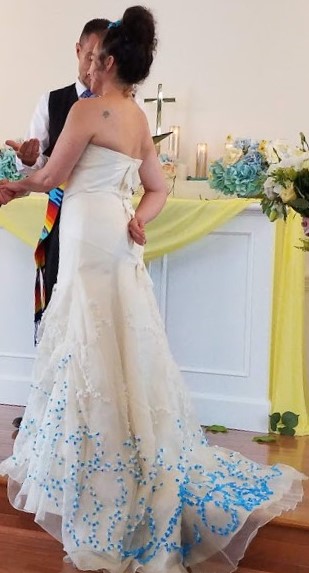 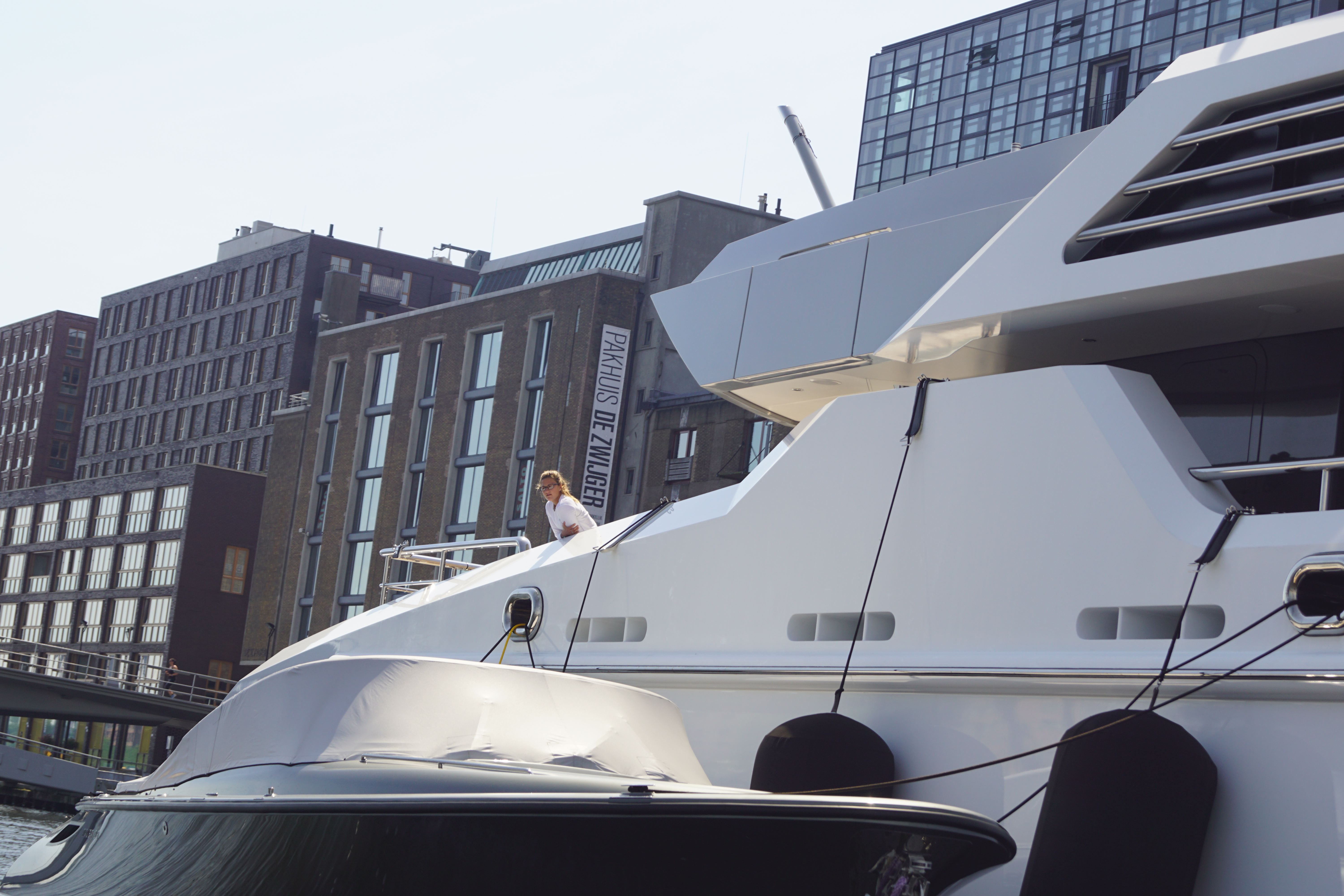 Waiting in line to get into the Louvre, Paris

Waiting to see the Mona Lisa up close, Louvre, Paris 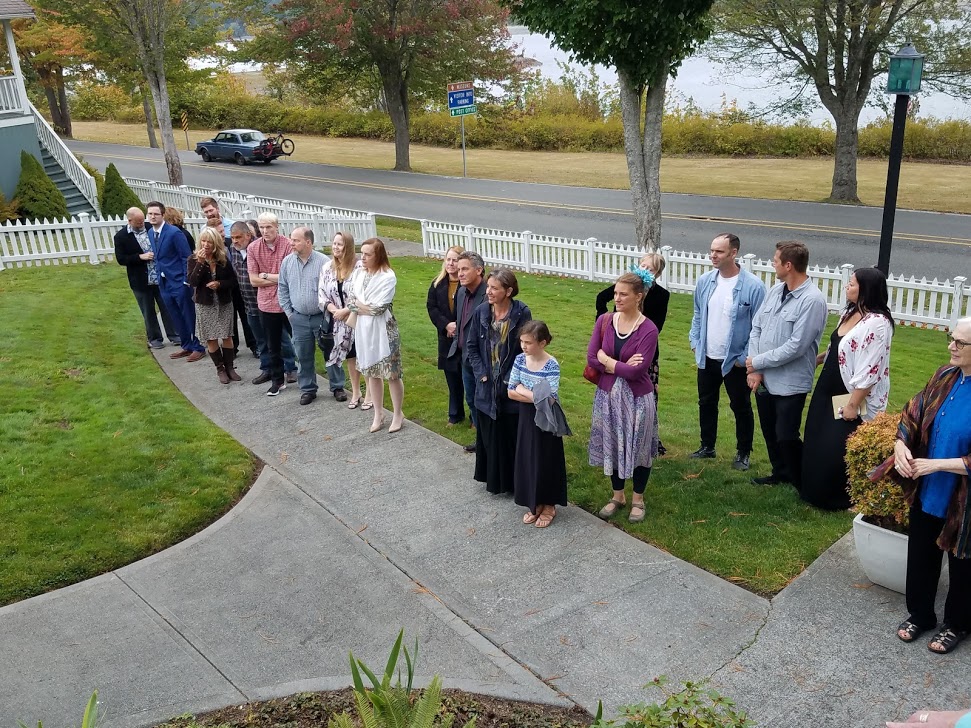 Waiting for the bride & groom to emerge from the church, Poulsbo, WA 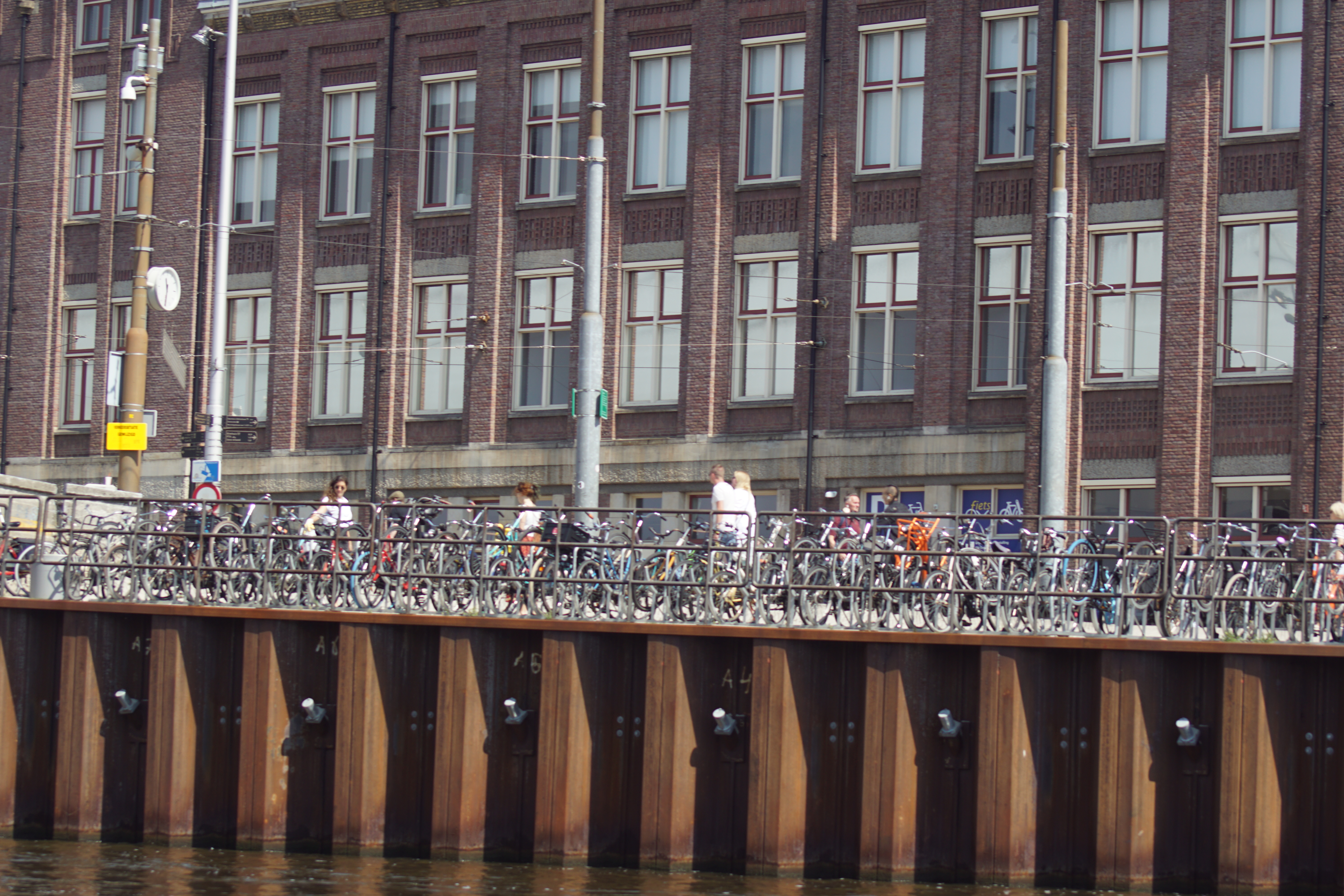 Parked bicycles wait for their owners to return, Amsterdam

Cruise ship waits to board passengers to begin an ocean cruise, Amsterdam

Bicycles wait up above, and boats wait down below – the frowning face means boats must stop and wait their turn to go under the bridge, Amsterdam 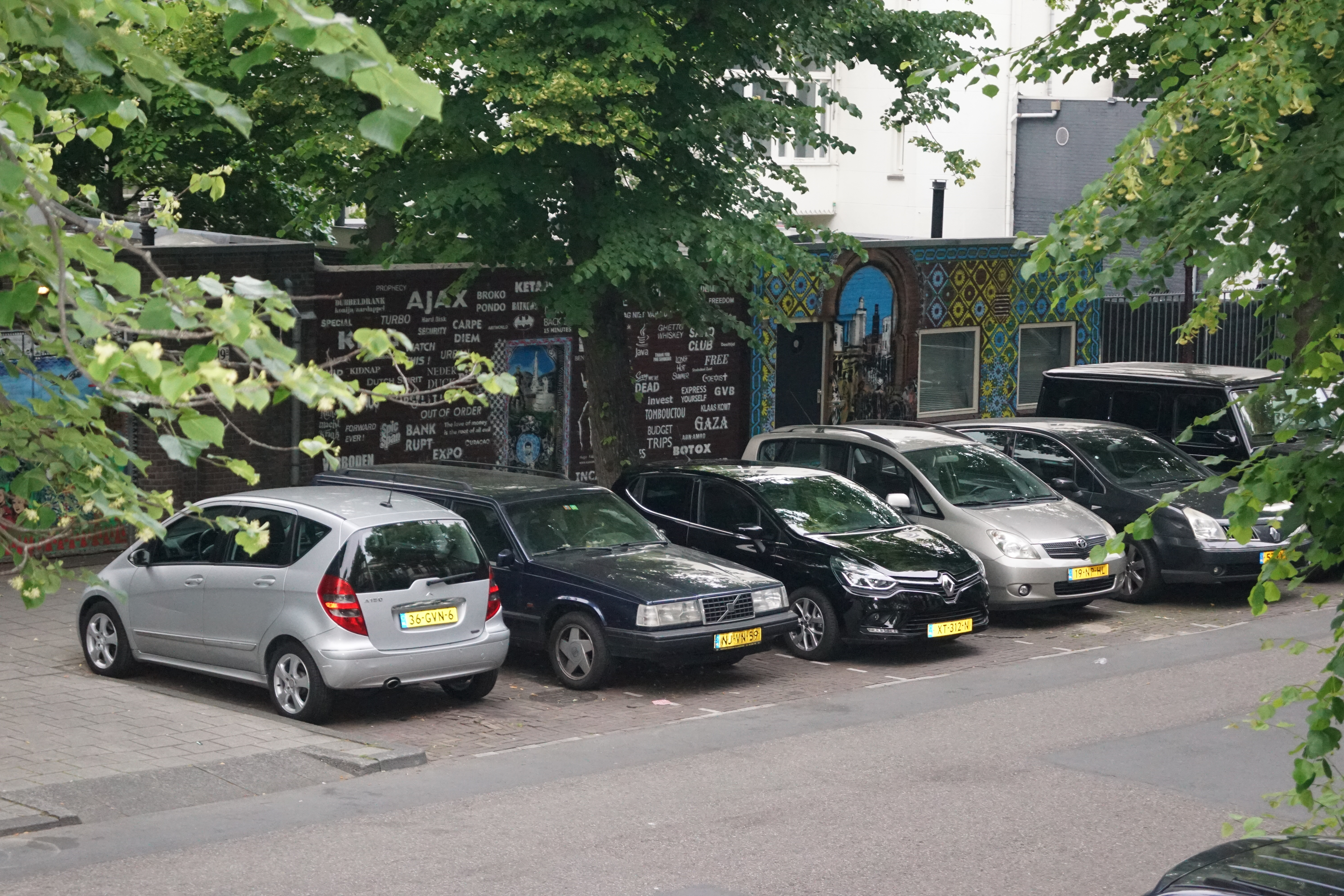 Parked cars wait for their owners to drive them, Amsterdam 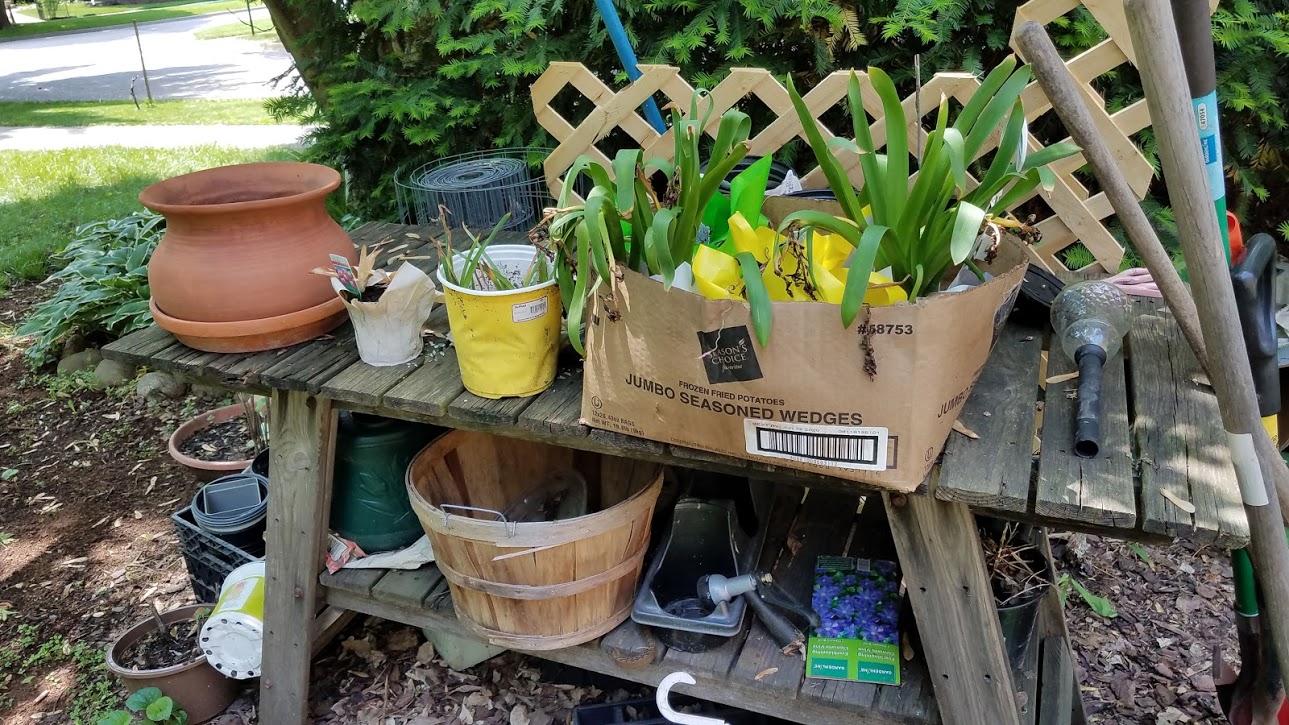 Waiting to be planted in a garden, Des Plaines, IL 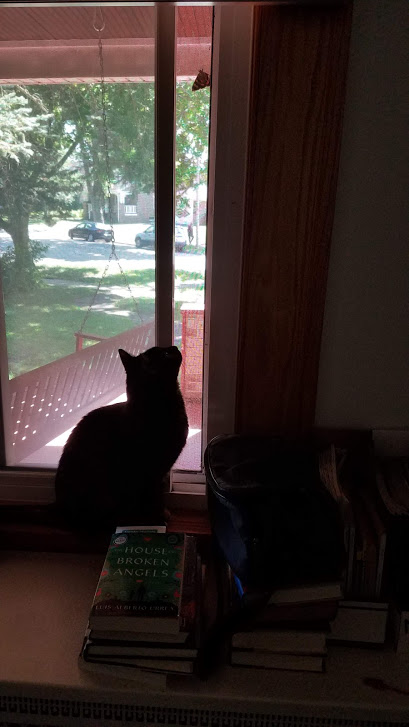 Cat watches and waits for a moth on the screen, Des Plaines

For Ludwig’s Monday Window challenge, these are some photos taken on a private boat cruise through the canals and rivers of Amsterdam. 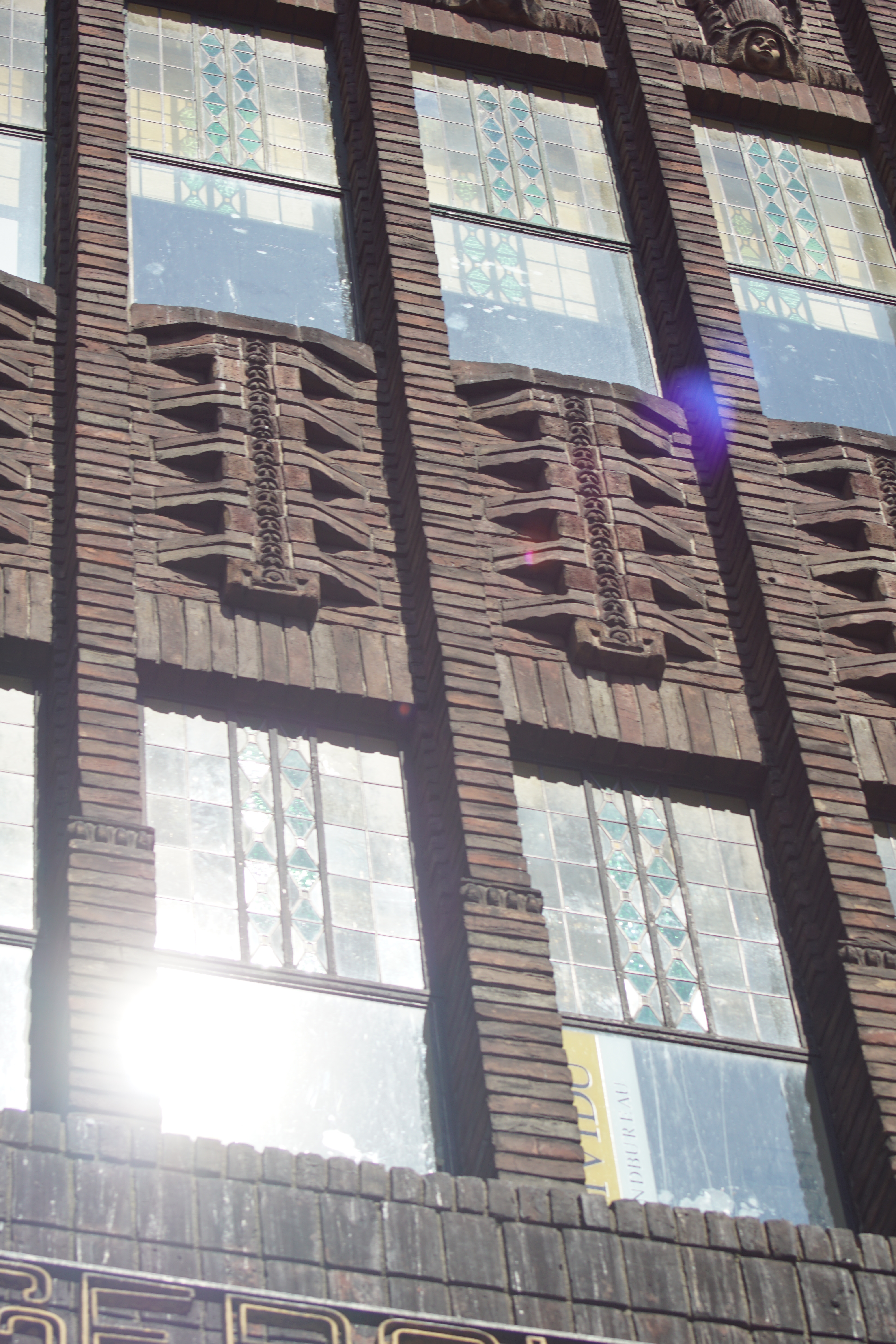 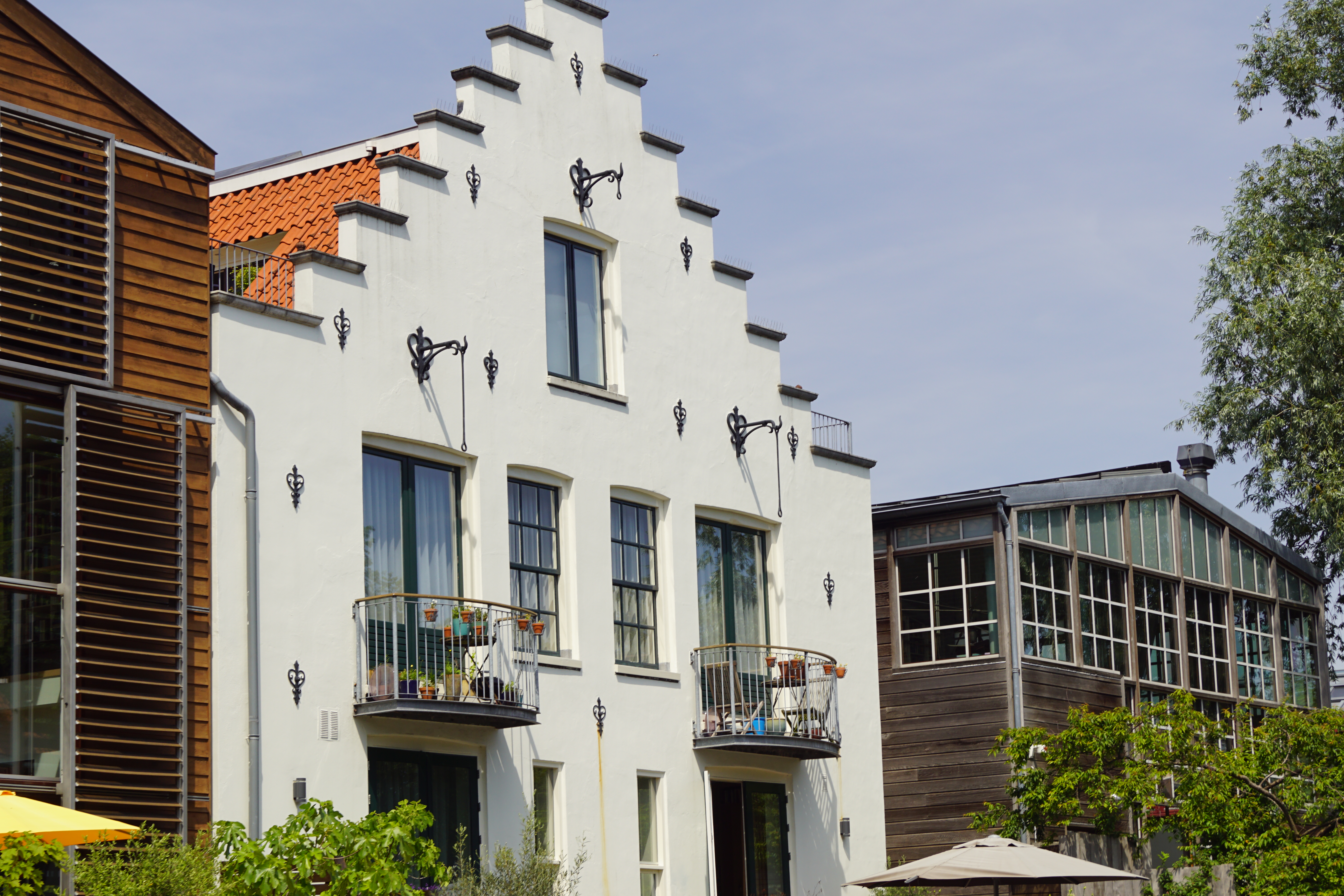 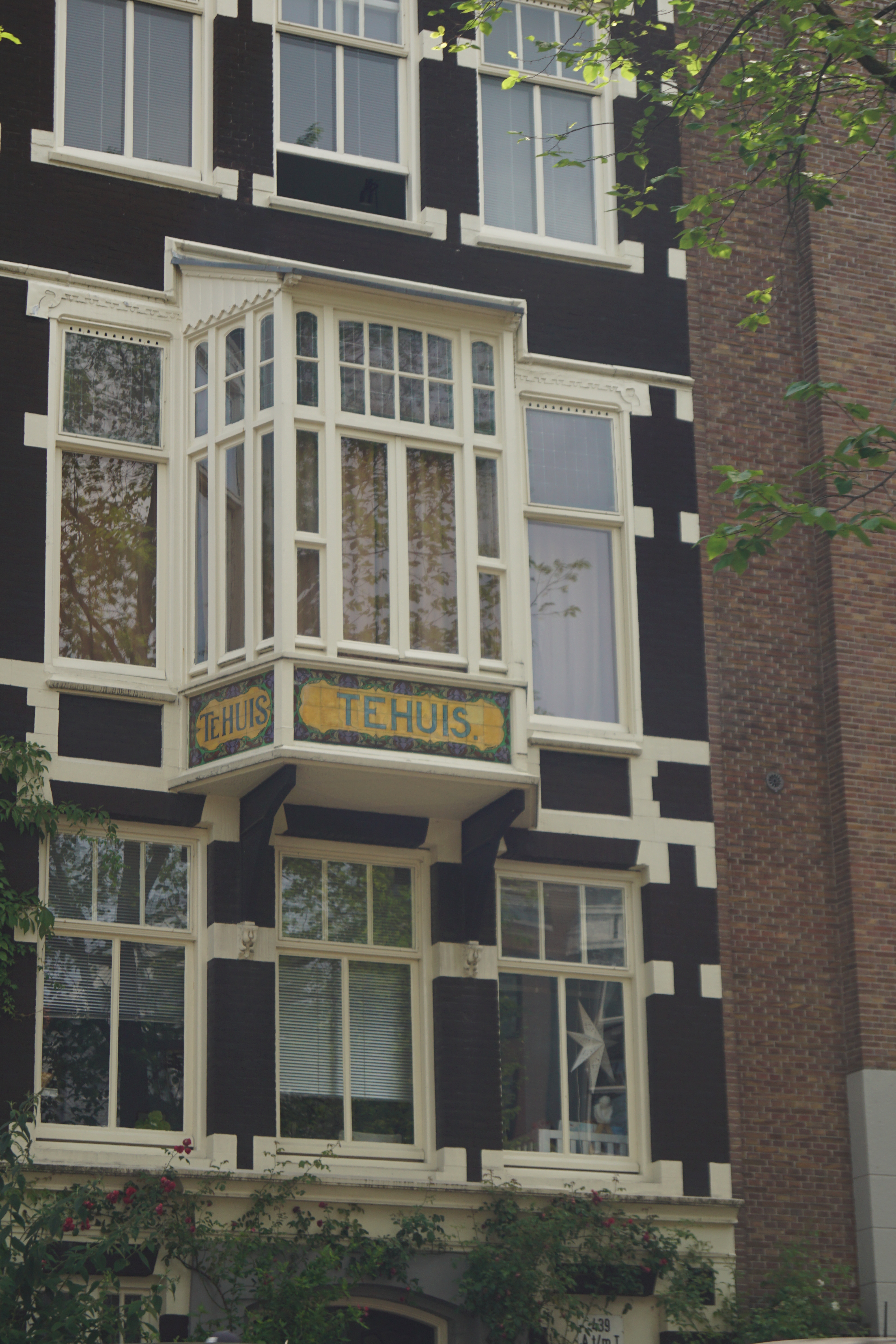 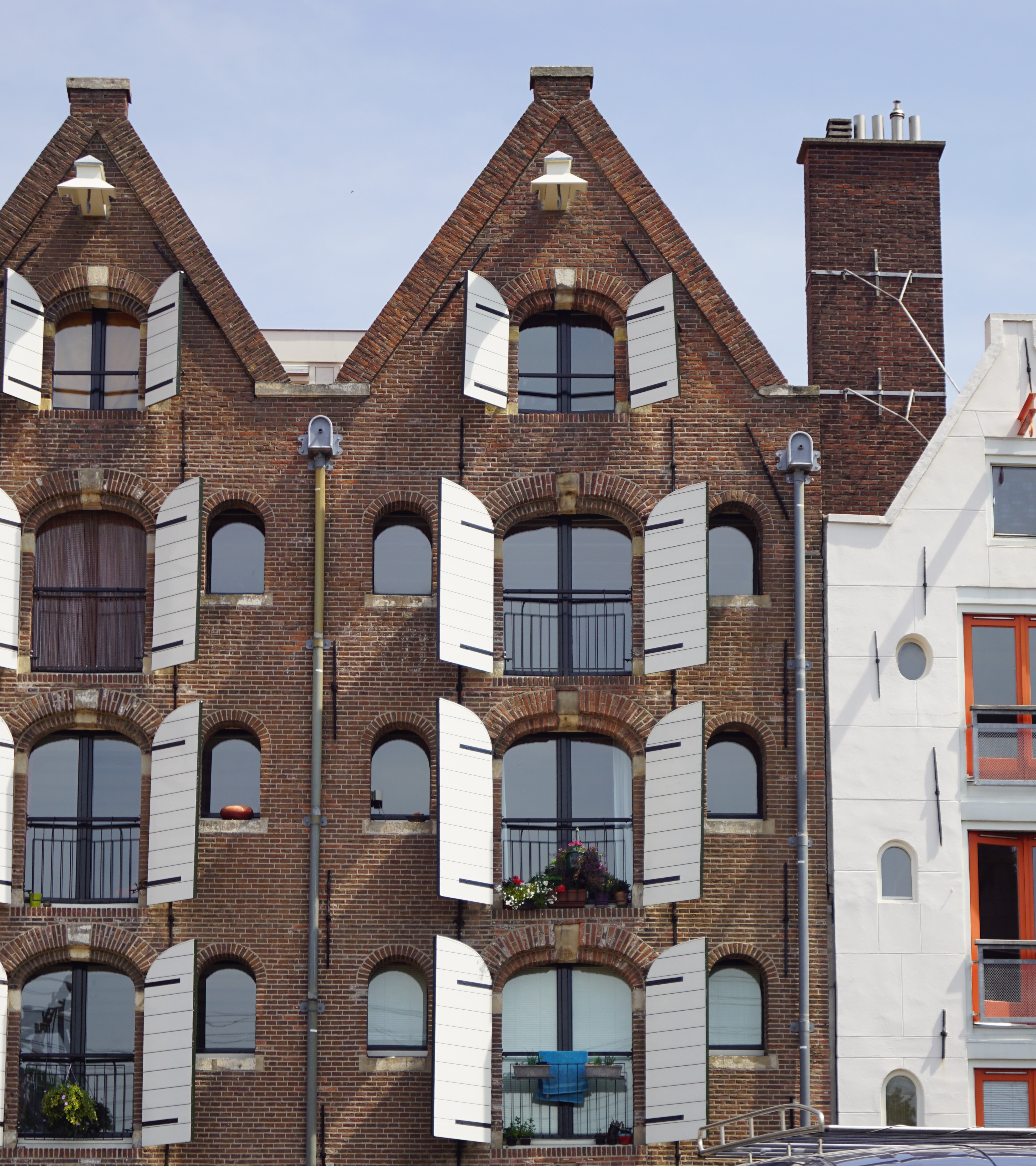