City Sonnet’s December Photo a Day for Dec. 21 is shiny. 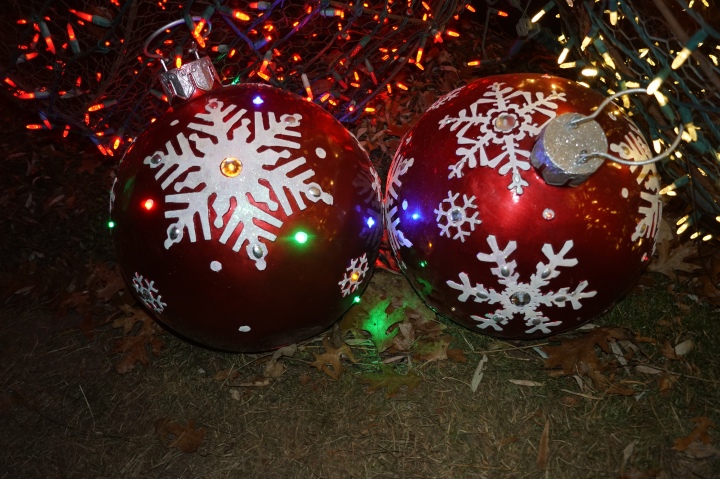 City Sonnet’s December Photo a Day challenge: Today the topic is routine.  A dog walker and her two canines take a rest while she checks her phone. 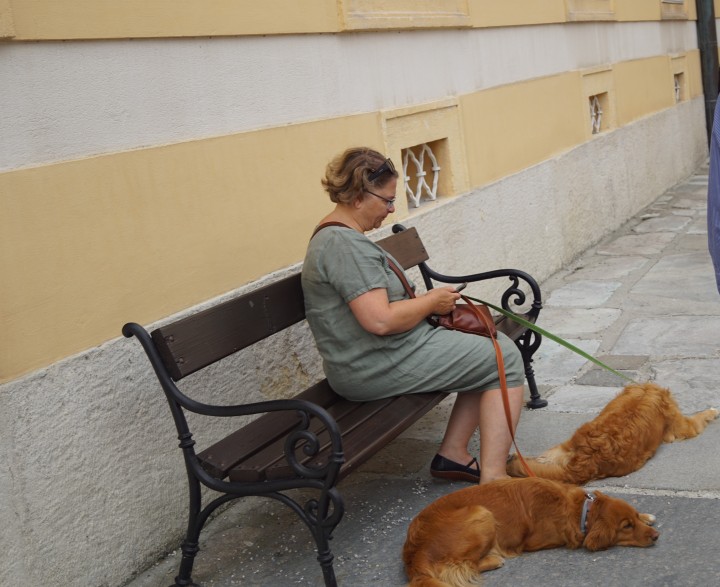 City Sonnet sponsors a monthly photo challenge with a different topic each day. The topic for Nov. 2 is fading flowers.

By now, there are scarcely flowers at all – a freakish snowstorm on Oct. 31 dumped over 3 inches on our part of the Midwest – it’s all gone now, but so are the flowers! Fortunately, I have photos of fading hydrangeas which I took earlier in October.

Hydrangeas look nearly the same when they fade and die as they did when they were in bloom – the flowerets remain, but they dry up and turn green, then brown – there is a clump of each in this photo.

One of the most beautiful churches in Evanston, particularly its stained glass windows, is the First Presbyterian Church, which we visited during Open House Chicago 2018 in mid-October.  The architect of this building was Daniel H. Burnham, the same man who made Chicago famous for the design of the White City during the World’s Columbian Exhibition in 1893. (If you have read Devil in the White City, you have learned a lot about him.) 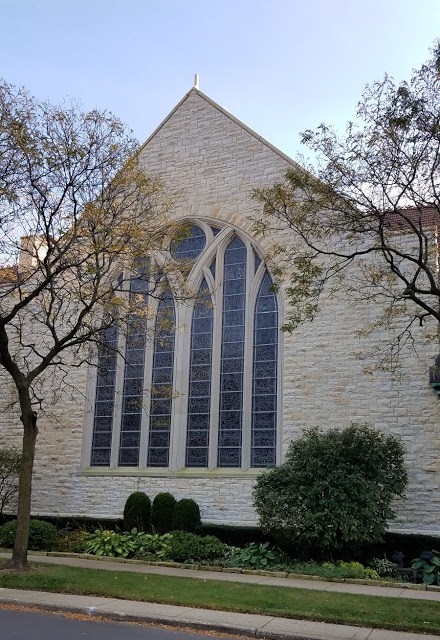 The church was built in 1894 and completed in 1895 after a fire that destroyed the previous sanctuary. 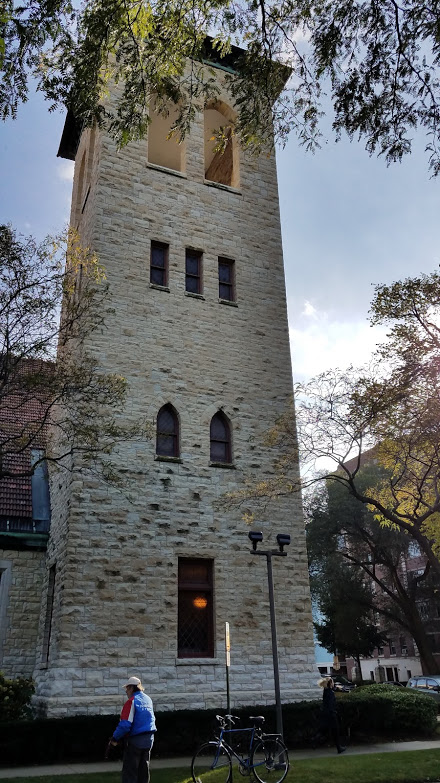 Additions to the Joliet limestone building included a Sunday School wing (1926) and the Walker Chapel (1969).

The stained glass windows contain a lot of sapphire blue, which is City Sonnet’s color of the day today. 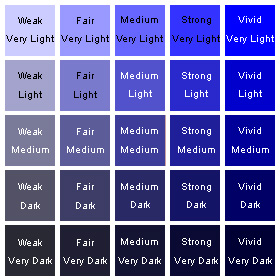 These large windows which flank the north and south sides of the church depict the Old Testament (south window) and the New Testament (north window). 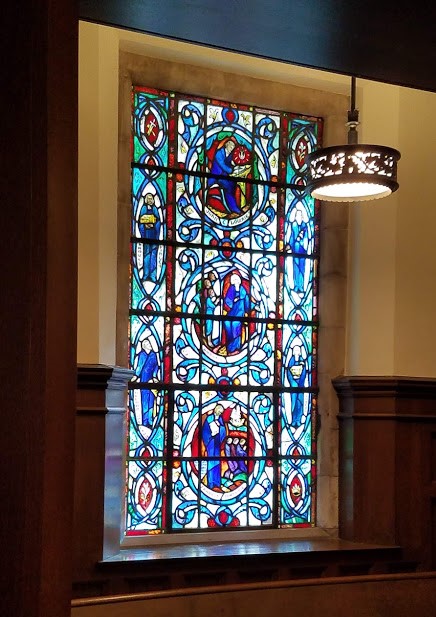 If you look closely at this window depicting the Ascension, you can see Jesus’ feet and the bottom of his turquoise robe, just above the heads of the witnesses!

These windows tell the story of Adam and Eve. 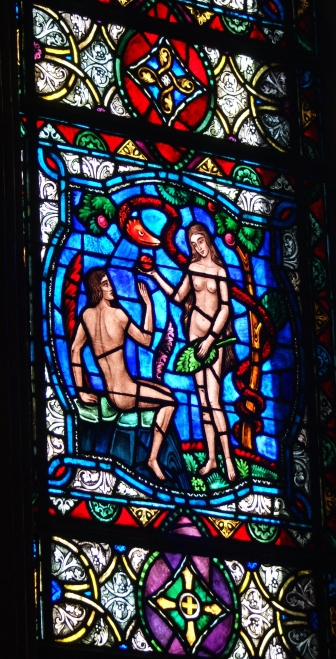 The Balcony Rose Window is the most beautiful of all! Fully illuminated by the setting sun, it draws its inspiration from the Beatitudes which Jesus shared during his “Sermon on the Mount.” (Matthew 5:3-11) Each “petal” depicts one of the Beatitudes.

Looking toward the altar from the main entrance. Everything on the platform on which the altar sits is removable so the space is very flexible for concerts, pageants and other performances. The sanctuary plus the balcony seats 1,100 people. 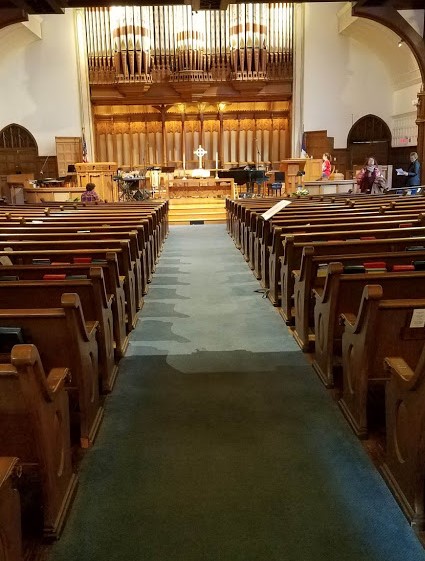 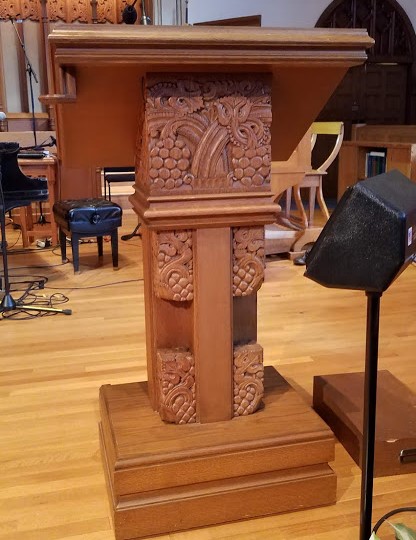 Much of the wood trim has carvings, such as these angels. All the columns and decorative trim were not part of the original structure and were added later. The types of wood used were red oak and Georgian pine.

Also notable is the splendid organ, which the organist let me try out! The organ is an amalgamation of parts from the original 1895 organ, the 1940 installation and the 1958 Aeolian Skinner instrument. 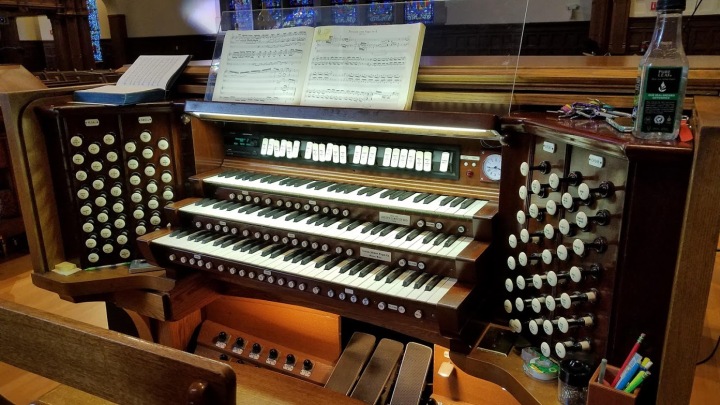 The sounds of different instruments, such as the oboe, flutes or violins, can be produced using the levers on the left and right; the sound is transmitted through the approximately 3,500 pipes arranged in 64 ranks.

The organ pipes, as seen from the balcony. The blue ceiling and back-lighting in the organ chamber were added as part of a major renovation of the church in 2001.

I was walking down a busy street in Des Plaines today and noticed a large clump of flowers in a front yard. When I approached, I saw that the clump was made up of tiny red flowers, with a soft, fleece-like texture. My plant identification app told me the name of this flower is cockscomb celosia.
Posted for: Cee’s Flower of the Day, 10/9/18
and for: City Sonnet’s Photo a Day, 10/9/18- Scarlet 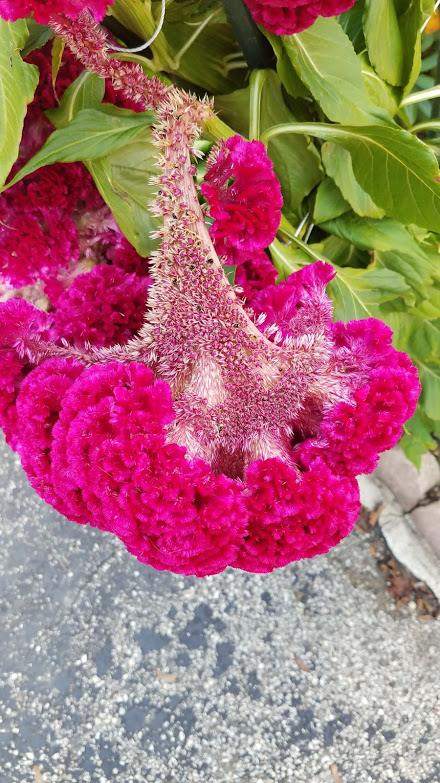