Travel Words’ 2020 Photo Challenge theme for September is “point of view” and for this final week, the subject is shoot from above.

And to end, I can’t resist – because this is what I was singing in my head while composing this post. 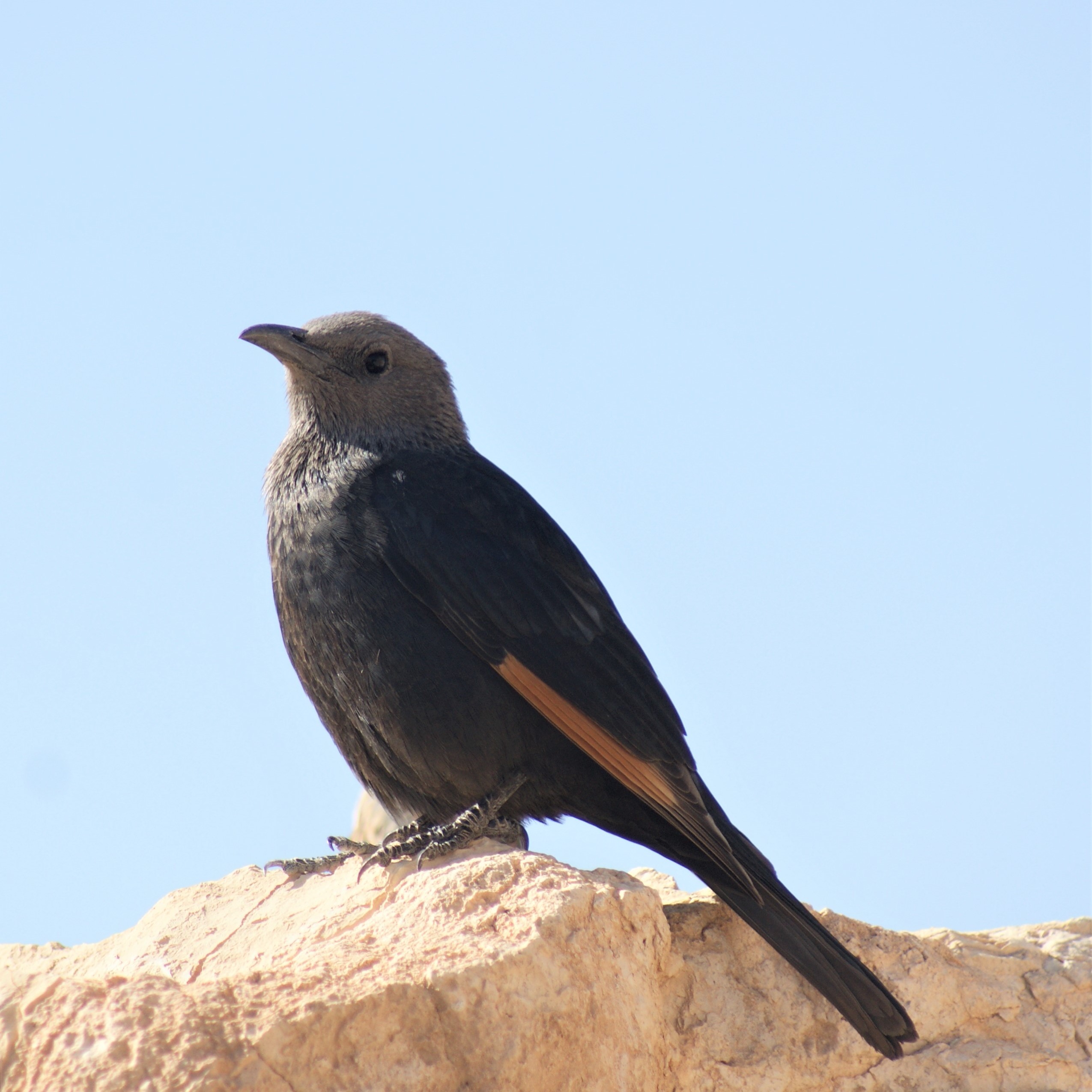 I photographed this red winged blackbird at Masada, in Israel. Zooming out a little:

Cee’s On the Hunt for Joy challenge continues with this week’s topic: color code.

She says: This one is all about color and keeping the same color or hues together. Tip from Ingrid Fetell Lee: Color-code: Organizing by color brings instant harmony to your bookshelf or your closet.

The best photos I’ve taken that are a variation of hues come from nature:

Shades of brown in a cavern (Arizona) 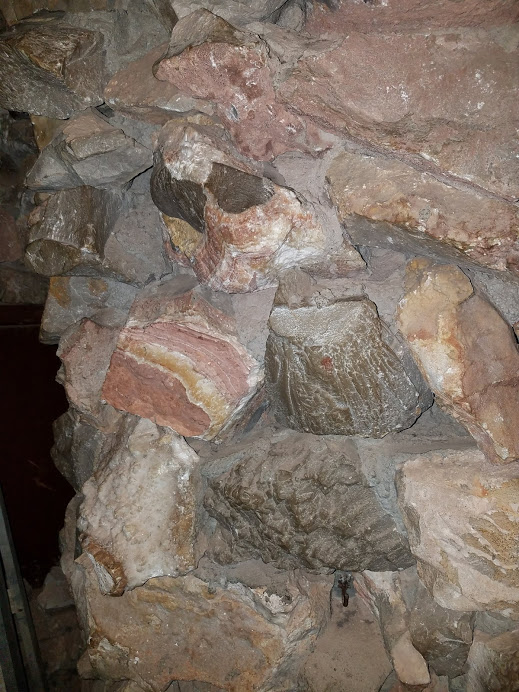 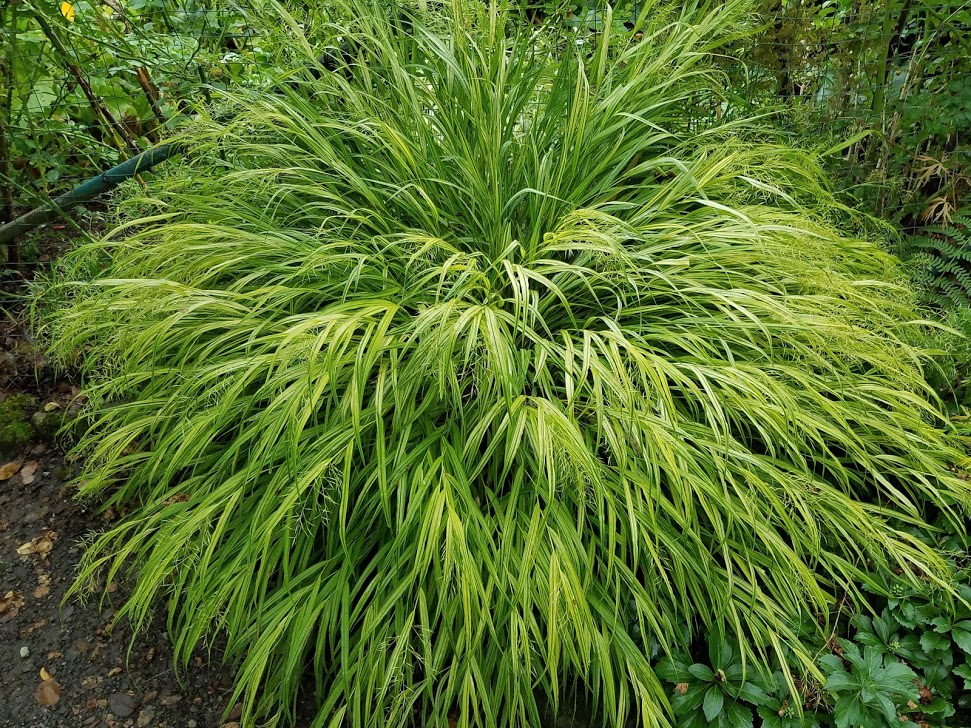 Pinks in a cluster of roses (Point Defiance Park, Tacoma)

Green landscape on the slope of Ngorongoro Crater (Tanzania) 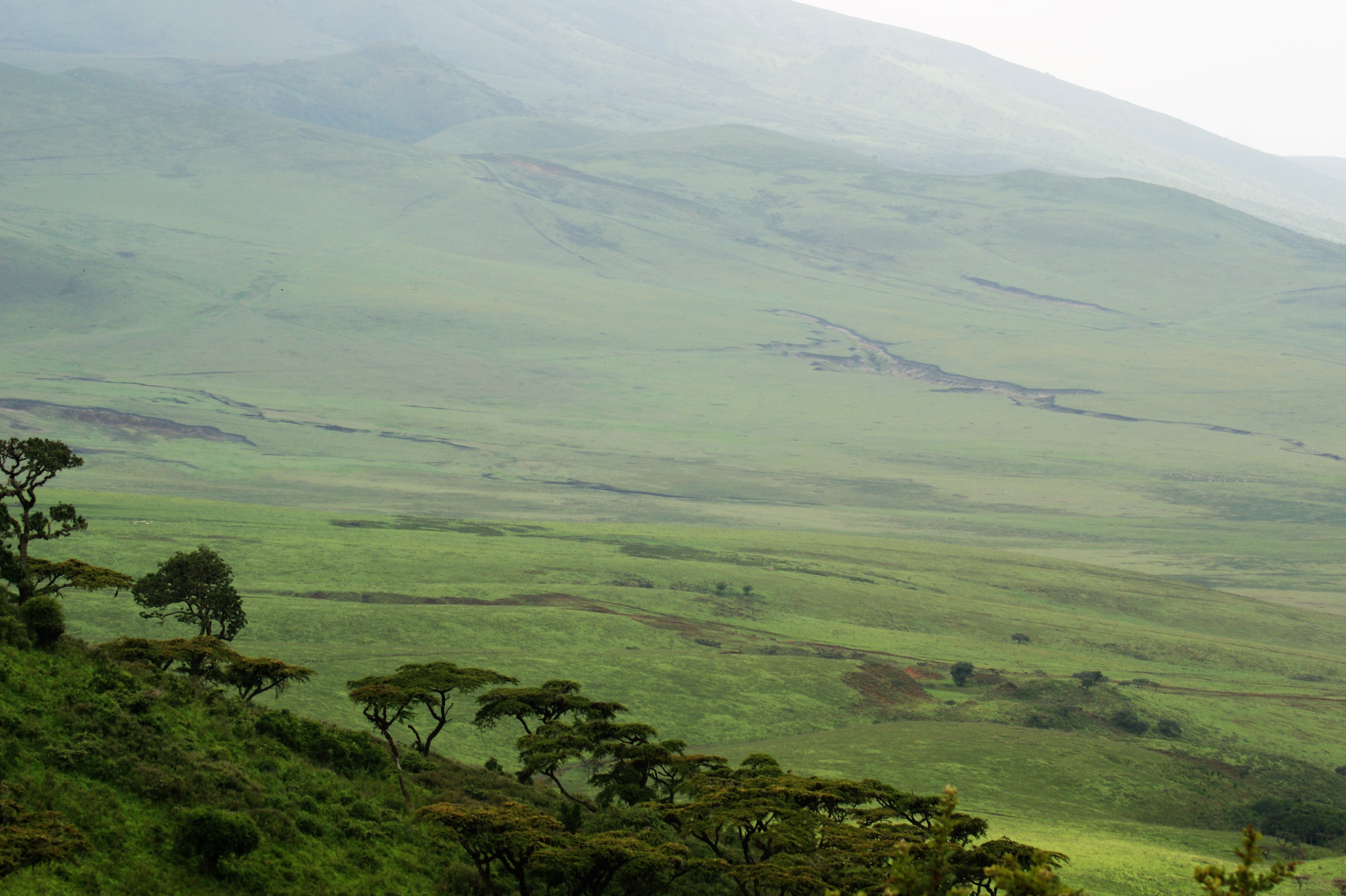 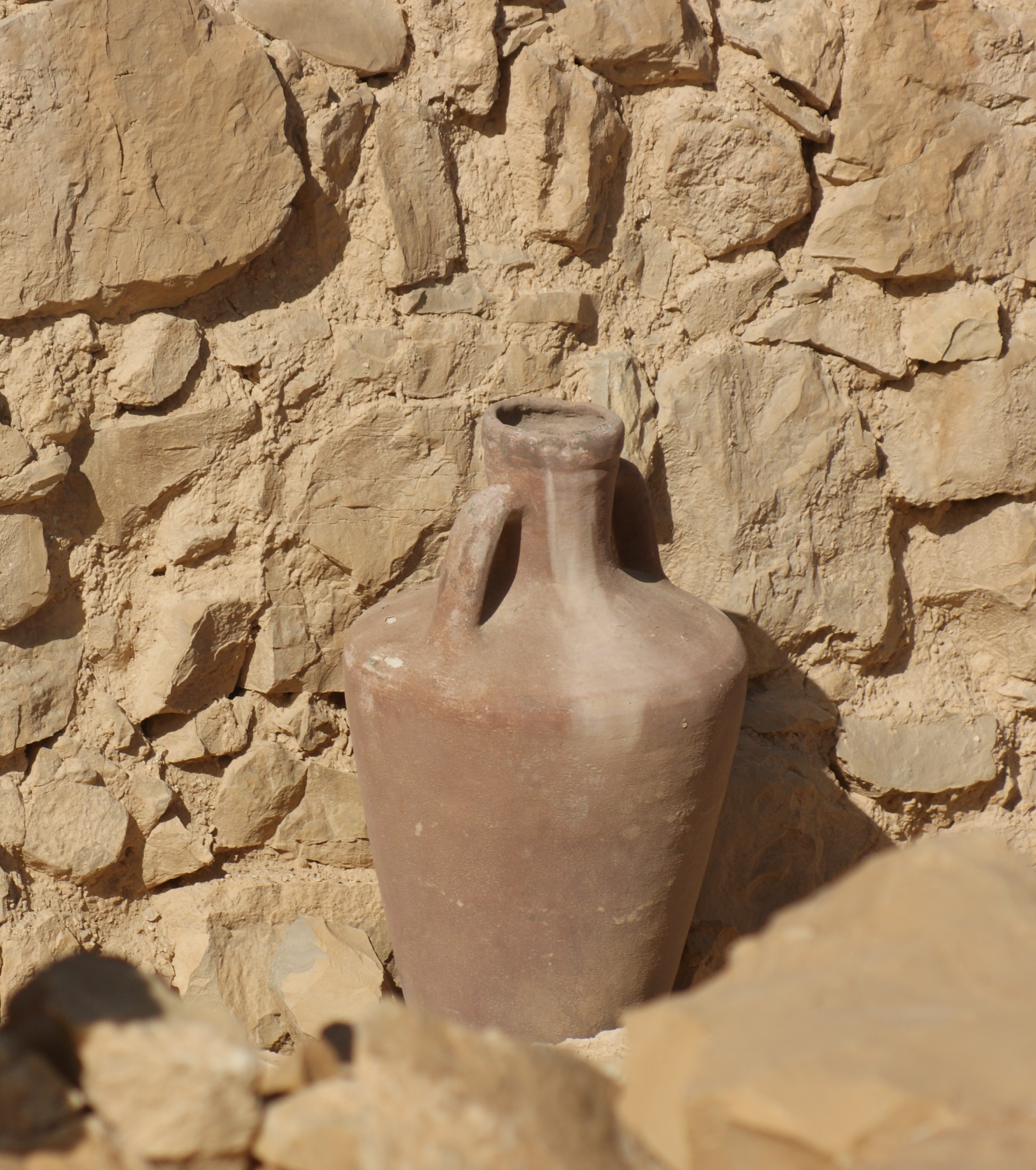 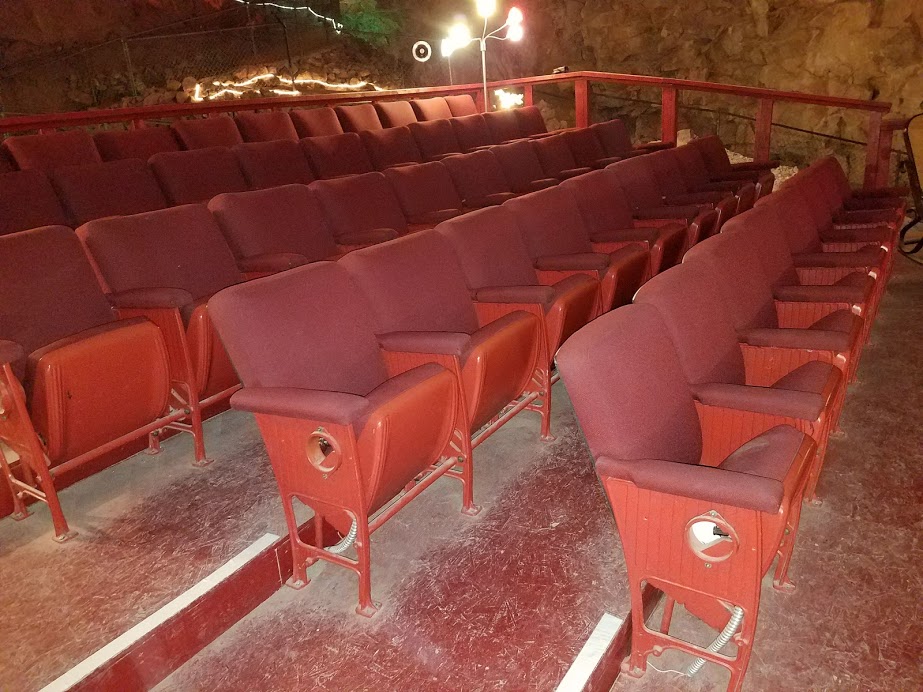 Shades of cream and brown almost camouflage this gold and tan angel next to a house in Des Plaines, IL

Gray & Silver: This monochromatic photo was a mistake – an overexposure of sailboats on the Mediterranean Sea (Caesarea Maritima, Israel). It has not been doctored nor altered in any way – both the sky and the sea were actually very blue.

Frank at Dutch Goes the Photo has a Tuesday Photo Challenge and this week’s topic is steep.

Last summer we took a road trip which included a visit to Bryce Canyon National Park. We did want to do a bit of hiking but knew that the steep paths would be too much of a challenge for us due to our age and arthritic knees! So we took the rim trail which afforded many amazing views. And stay away from the edge – it’s a long way down! 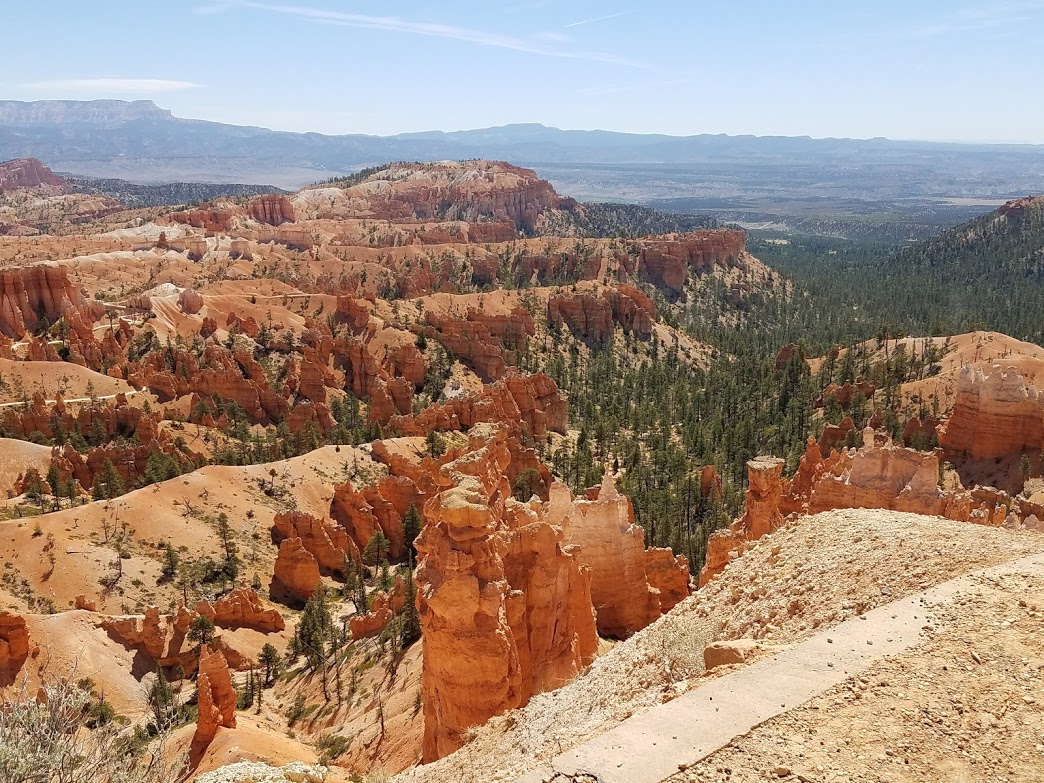 Then in January of this year, during our trip to Israel, we visited the high plateau of Masada, where in pre-Christian times, a group of zealots who were living up there battled with Roman troops, ultimately ending in a mass suicide when it became clear that the Romans would conquer and either massacre or enslave them. The Romans built a huge berm to be able to scale the high plateau and found all the zealots already dead.

It used to be necessary to take a long, steep trail up to the Masada site, but fortunately one can now go up by cable car. From the cable car, I took these photos of the steep switchbacks of the trail with hardy souls hiking up.

Another cable car about to pass us on its way down the steep cliff. 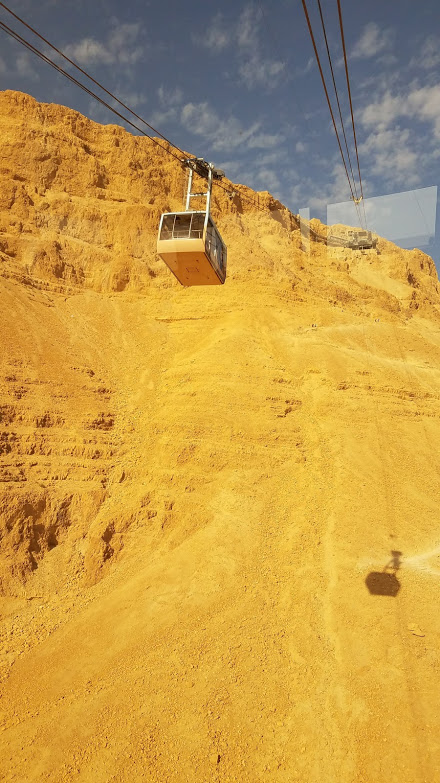 Looking down at the last stretch of the trail from the top. 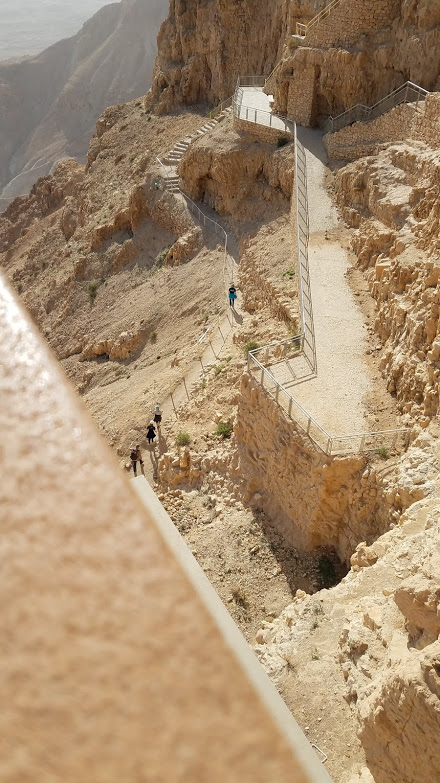 Here are some people going back down the trail; this photo was taken from the cable car on the way down. 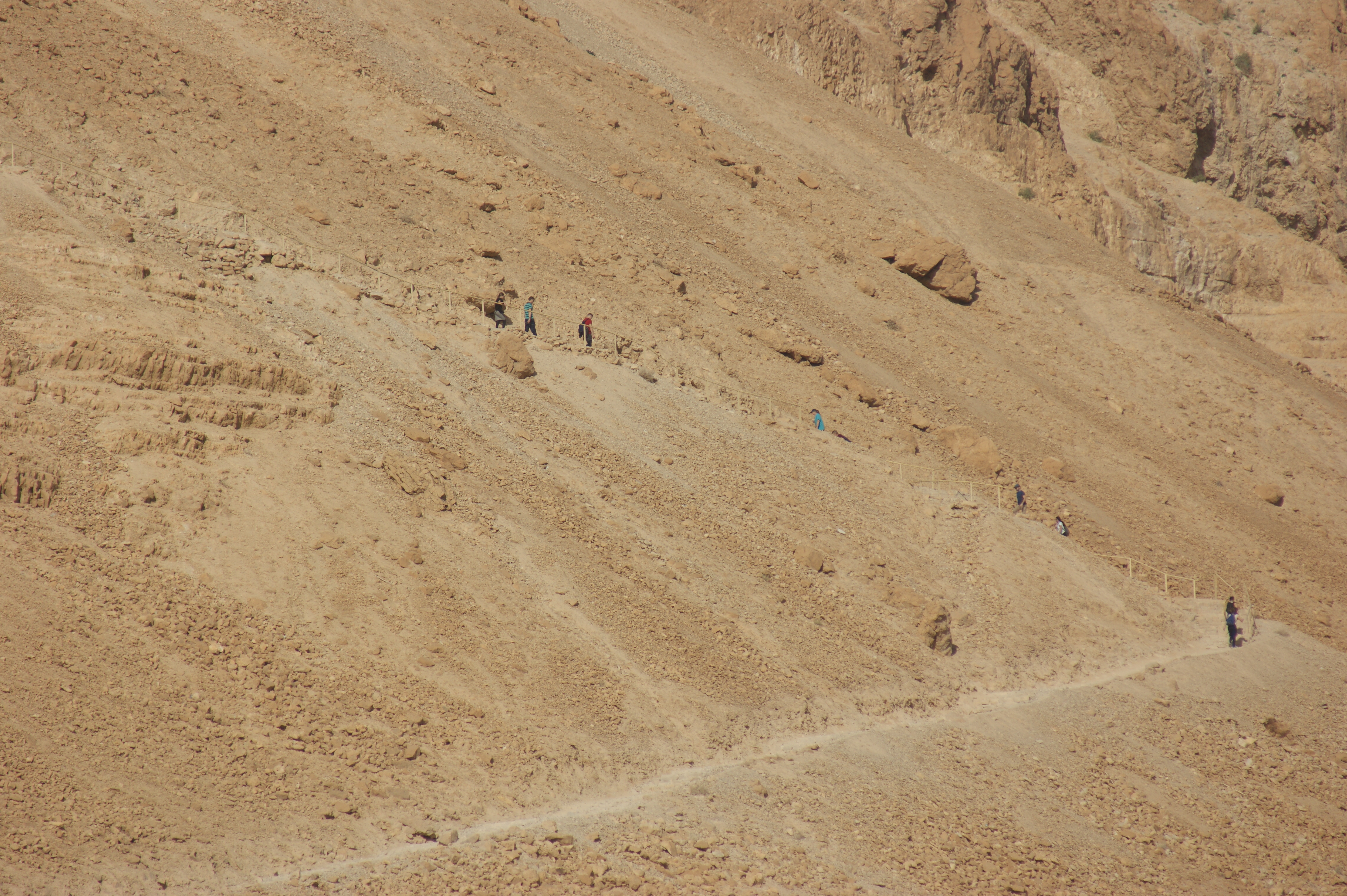 Dutch Goes the Photo has a weekly Tuesday Photo Challenge; the theme this week is Layer.

Israel is full of archaeological layers, called tels. We saw several of these when we toured Israel last month, including Hazor, Meggido and others. These were cities or communities built over time one on top of the other. The original city was generally built on a natural mound or hill of land in a defendable location. The sides of the hill would be reinforced and the city built on top. After a war, the city would be leveled by fire or other destructive force, and a new city built on top of it. This cycle is repeated several times over the course of time. There was an advantage in building on top of a previous city in that the infrastructure (such as water supply) would already be intact and the stones used for the buildings were readily available. Archaeologists can learn much of the history of a place by excavating and studying these tels.

One good example of a tel is at the archaeological site of Hazor. This sign, although hard to read on this photo, shows a timeline on the left side which indicate the periods during which Hazor was occupied, and the written text next to it speaks of two distinct periods.

Photographically, the best example I have of this layered construction is found at an archaeological site in Old Jerusalem. By looking down or up at the site, the layers of occupation are easy to see. 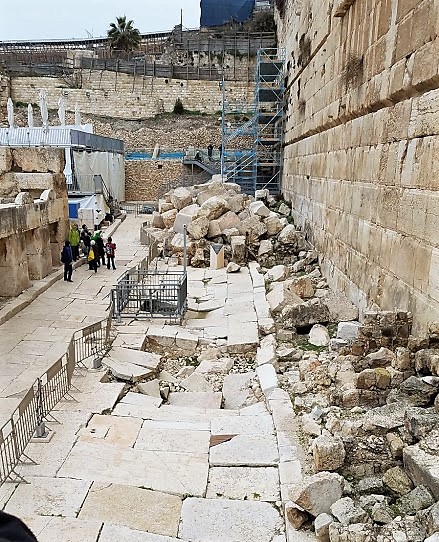 At the very top is the level of the present day city of Jerusalem. The walls on either side are from Biblical times. The bottom layer is the oldest and in this spot is mostly unexcavated rubble. 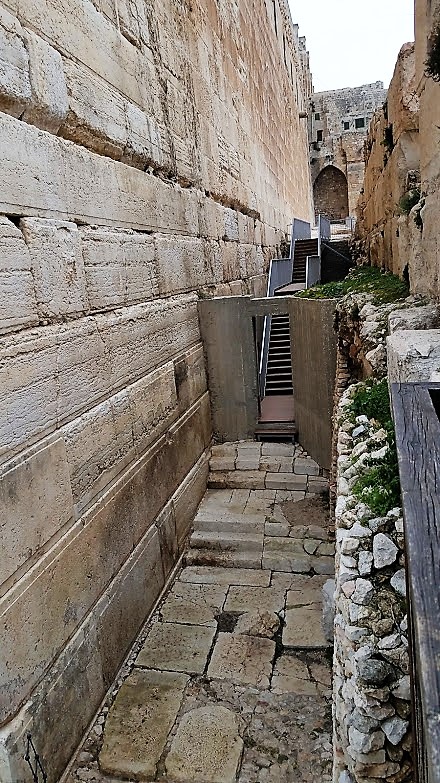 Flights of stairs lead up to each layer of the site.

Here is a close up of a wall of an ancient temple, with layers of bricks.

Another example of layers can be seen at Masada. Throughout the site, there is a black line which divides the original layer of the structures from the reconstructed layer on top of it. 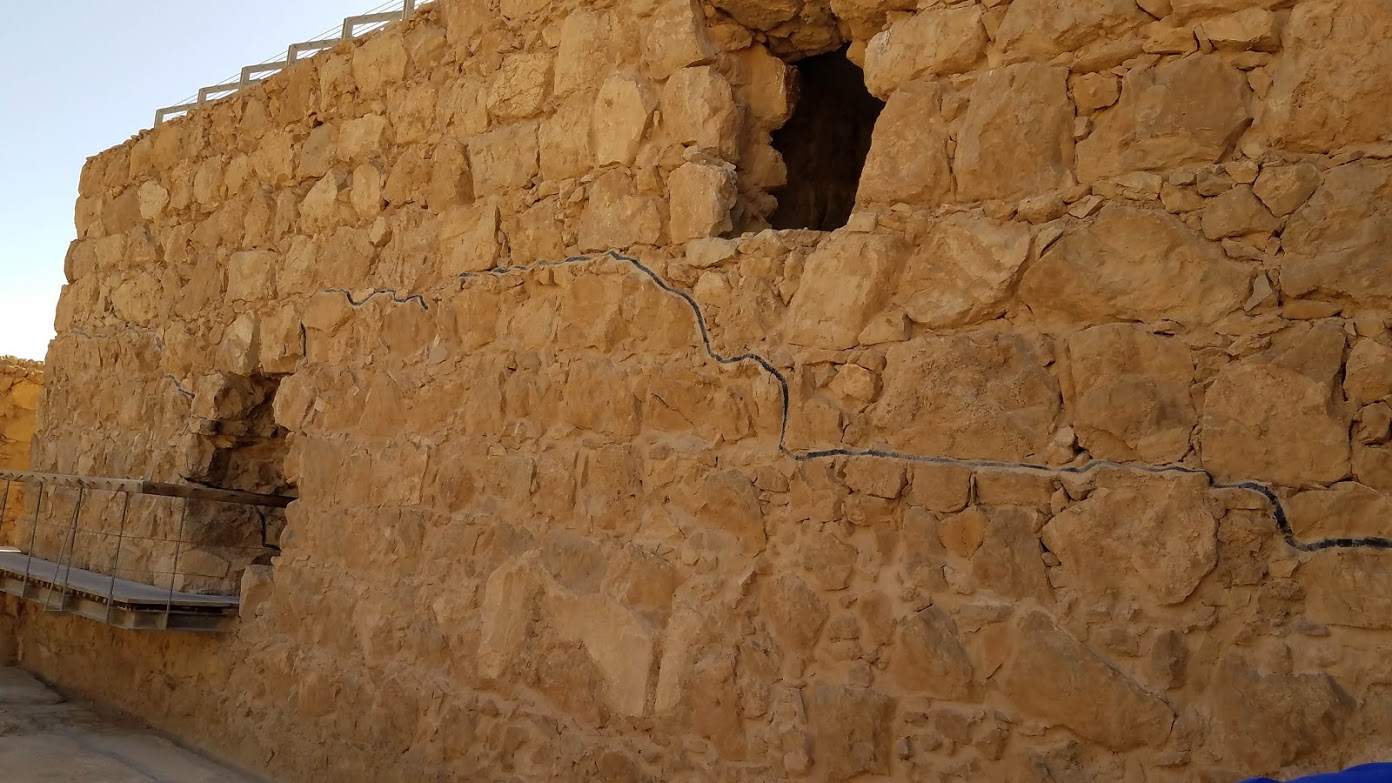 Below the jagged black line is the original construction as it was found after thousands of years. The buildings were reconstructed with similar materials and technique above this line.

For more about Hazor, Masada and Jerusalem, stay tuned for future posts on this blog!