…political protest batucada: “Fora Temer” – a protest against the vice president (Temer) who took over for Pres. Dilma Roussef after her arrest. 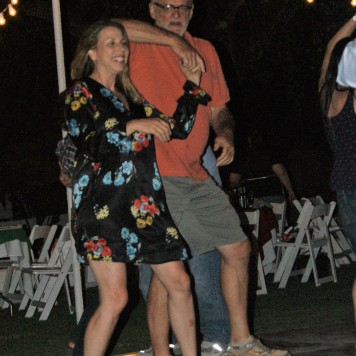 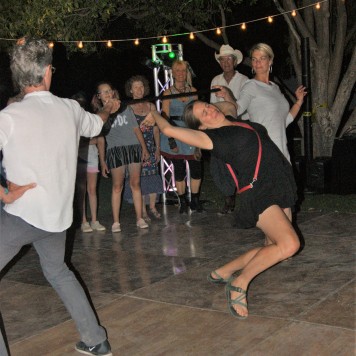 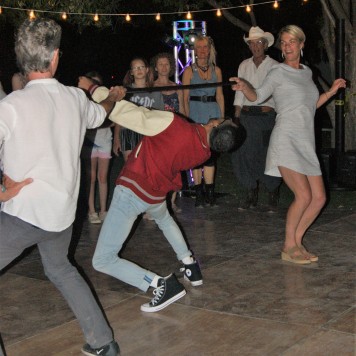 Nancy Merrill’s A Photo A Week Challenge this week is to show “live music.” Music is a very important part of my life. I love all types of music and am especially fascinated by “world” music – music from different countries and cultures.

Our favorite orchestra in the Chicago area is Chicago Sinfonietta. Every concert they play is unique and inclusive. They specialize in diversity, in honor of the founder of the orchestra, Paul Freedman, an African-American conductor and classical musician. They focus on a theme for each concert which includes performers from different genres and cultural groups. In this photo of their May 2018 concert, they invited a well-known professional gospel choir to perform with them.

Last November, they had a Day of the Dead themed concert, which included such works as Mozart’s Requiem, including a choir from Roosevelt University that wore skeleton costumes and masks during the performance. During the intermission, there were cultural dances and music from Mexico.

Music evokes such emotion and nostalgia in me. When we took a cruise to the Panama Canal in March-April 2017, we stopped at a small port in Chiapas, Mexico, where some of us took an excursion to Tuxtla Chico (I have blogged about this), a charming small town where music and dances were performed for us. Within a short time, I didn’t want to leave – all my emotions associated with past trips to Mexico were brought to the surface by the cultural atmosphere and the typical music. Here some women dressed in beautiful flowered dresses danced to music played by a marimba band.

Back on the cruise ship, some Mexican performers came aboard for a couple of days and performed for us by the Lido pool. This included a male singer and a couple of dancers, who performed dances from different regions of Mexico.

Steel pan music was also a feature of that cruise when we passed through the Caribbean, and Chicago Sinfonietta later that year featured steel pan music in one of their concerts. Here my husband Dale samples playing a steel pan, supervised by a professional steel pan player, leader of a steel pan band from Northern Illinois University, before the concert. NIU is possibly the only university in the country where music majors can specialize in steel pan music.

I could continue with more examples of the music in my life, but this would become a very long post! So I’ll end with some “batucada” (percussion) from Flamengo Beach in Rio de Janeiro, Brazil (recorded in November 2016).