Cee’s series featuring other challenges this week has the theme Which Way. This challenge includes streets, walkways, waterways – any “way” on which people travel.

Winter, spring, summer or fall – there’s always something interesting to experience on roads and sidewalks in every season.

CadyLuck Leedy hosts the challenge Just One Person From Around the World. Her posts are always interesting, and if you follow this link, you will learn about the rigorous life of the guards who guard the tomb of the Unknown Soldier at Arlington Cemetery!

When we took our European cruise two years ago, we spent three days in Amsterdam, which was at the beginning of a prolonged heat wave! Europeans are not used to this kind of weather, but do take advantage to enjoy it! In Amsterdam, many people spent a day in the sunshine on their house boats. I can’t tell if this guy is happy or grumpy about the weather, but he knew how to stay cool!

Anyway, the heat wave lasted until several days after we got home two weeks later. Later in the summer of 2019, another heat wave hit Europe, sending the temperature in Paris to 109 degrees F (43 degrees C) at one point!

2016 broke the high for hottest summer on record, and every summer since then has similarly broken the record of the previous year! I wonder if 2021 will do the same?

Climate change is real and urgent action is needed!

I’m trying to keep up with Paula’s monthlong challenge to blog every day this month something we love, by posting every few days! Here are 9 and 10, and I am not putting these in any particular order – I write them as I think of them.

Feb. 9 I love…summer. Long days, sunshine, warm weather, vacation, all of it.

Feb. 10: I love…music. I have a varied taste and go through periods of favorite genres. When in the car, I like to listen to the Beatles challenge on XM radio. For background music, I prefer classical, which is currently my favorite genre. I like jazz, blues, rock (oldies mostly – my generation’s rock music is now in that category!), big band, movie soundtracks, folk, religious, world. My second favorite genre is world music – music from around the world. I have spent quite a lot of time in Brazil over the years, and got to love their music – samba music, bossa nova, Brazilian rock (some of it – they have metal, like everywhere now, which I don’t like). I also like humor, when it’s well-done (listen to the last song below).

In fact, there are really only two genres of music I don’t much like: rap/hip hop and metal. Metal to me is just noise, but my son loves it. Rap/hip hop – it may be because ethnically I am not part of the culture. Back in the 1960s, there were wonderful soul groups like The Supremes (RIP, Mary Wilson!), Gladys Knight and the Pips, Smokey Robinson and the Miracles, etc. Most soul music was great to dance to. Actually, I do like some hip hop/rock that gets me dancing – that is the case with a lot of Latin American pop music nowadays, which I do enjoy. And I do respect rappers for what they do – how they can improvise rhymes on the spur of the moment, and do that for a 5 minute song. Some of the danceable hip hop tunes I got to like while taking Zumba classes.

Other international music I particularly like is Celtic/folk, traditional music from Latin America and from Africa. Sometimes I get to like a particular type of music after I traveled to the area where it comes from. Usually it’s discovering something I hadn’t heard before, but I found out about several popular groups while traveling – La Oreja de Van Gogh in Spain, for example – I love their music. I don’t need to understand the language to appreciate the music, although it helps if I do. Music is an international language, that can be appreciated anywhere, but some music contains the soul of its people – blues, African songs, Celtic, etc.

Below are a few of my favorite (short) musical pieces. All have special meaning for me and give me tremendous saudades (a Portuguese word with an approximate meaning in English as melancholy, nostalgia, longing).

My very favorite bossa nova song, because it brings back a lot of memories!

This Scottish song about a young man going off to war is kind of melancholy but it is one of my favorites.

My favorite international band is from Spain, La Oreja de Van Gogh. This one is more animated. Their music gives me so many saudades because I used to listen to them a lot.

Angel City Chorale is a choir I’ve known about for many years. They do religious, pop, and foreign language songs. I had never heard this one before, but I like it because of its African beat and language.

Here’s another one from Angel City Chorale that most will surely recognize. You don’t hear anything at first but keep listening! Originally sung by Toto, I had this song in my head the whole time we were in Tanzania*, so that is what it reminds me of! They also do Beatles and Beach Boys medleys, among others.

*I wanted to find out if you can see Mount Kilimanjaro from the Serengeti – you can’t.

And to end, here is a new release from Randy Rainbow. I LOVE this guy – he is so talented – he has a great voice and writes new humorous lyrics to well-known songs. Warning: This has a definite political slant.

This is a tough one to write about, since my favorite season is summer – it would be a lot easier to list 5 things I LOVE about summer. But since this is Dr. Tanya’s topic for her 5 Things challenge, this week, here goes…

1. Humidity – I would love to live in a drier climate. It can be a mild day, but I still sweat due to the high humidity here in Midwestern USA!

2. Extreme heat – temperatures in upper 80s and above. I just have to stay inside an air conditioned house in those conditions. I admit, though, that I didn’t mind it while traveling in Europe last year during a heat wave – maybe it’s less humid or maybe I was just having too much fun to care!

3. Bugs, especially mosquitoes and stinging insects. This is the one thing that every summer brings, and one of the few things I don’t like about this season.

5. Getting into a hot car that’s been sitting in the sun – I can open the windows a little bit and put a sunshade over the windshield while it is parked, but these things don’t help too much – and if I’ve left a water bottle in there, the water is warm, ugh!

In the past, at the top of my list would be “sunburn” – but I don’t get sunburned anymore. My lifestyle has changed and I tend to protect myself, if needed, with sunscreen, but mostly by wearing a hat! And I just don’t go lie on beaches anymore – skin cancer is too much of a risk!

2. Frozen yogurt – it’s almost like ice cream, really, but there’s a frozen yogurt chain here where you can serve yourself from many flavors and then add whatever toppings you want. They charge by the weight (which is a problem – mine ends up being expensive by the time I’ve loaded it up with toppings!).

3. Sorbet (is there a theme here???) – to me, sorbet, or sherbet, is a non-dairy but ice cream-like frozen treat made with fruit. I love raspberry, mango, passion fruit, and coconut the best. Passion fruit is the hardest to find here in the U.S. but I used to eat it often when I lived in Brazil.

4. smoothies – I like my own version of smoothie, although others are good too. When I make smoothies, I get out the blender (which I don’t use for anything else!) and put in fresh and frozen fruit – preferably something compatible. Usually I make it with fresh and frozen raspberries, blueberries and whatever other berries I have on hand. I add a cup of yogurt – preferably nonfat, and either vanilla or raspberry flavor, a little bit of milk – about 1/4 cup max. If there is no frozen fruit, the substitute would be crushed ice. This berry smoothie is my favorite – I even use special glassware, metal straws and long handled spoons when I serve it!!

5. fresh fruit and/or fruit salad – my husband makes a great fruit salad, using only fruit, no juice, etc. that would add calories. Fresh fruit in the summer is a wonderful treat! I like the strawberries and raspberries, but I look especially forward to cherries (in June-early July), fresh peaches (July-Aug.), and crisp apples in the fall. I buy most of my summer fruit at a farmer’s market. There is nothing like a ripe, fresh peach on a day like today! (about 90º F/33ºC) Fresh mangos are available here in the summer also, but not at the farmer’s market because they are imported from Mexico.

Kammie’s Oddball Challenge is for those photos that are sort of strange, or don’t fit in with anything else. There is no specific topic, so …

I have no idea what this is, but I took the photo somewhere in Chicago. It struck me at the time as an odd object, and then there’s the random water bottle someone left there.

This is a sad and weary water pump: overworked and underpaid in the middle of a heat wave!

Obviously the vestige of something else that is long gone. Open? What’s open? Where?

Apparently, someone at a nature center told us the purpose of these logs with holes in them, but I’ve forgotten.

Don’t count on this hydrant in case of a fire!

Build your own desert landscape! Get your camels and sand here!

Nancy’s A Photo A Week challenge this week features landscapes.

These are some landscapes from my travels, and closer to home.

July in Austria – scene looking down from Melk Abbey, where the Inn and Danube Rivers meet.

Mount Kilimanjaro – on a flight from the Serengeti to Arusha, Tanzania

June at the Painted Desert, Arizona

December along the Nile River near Luxor, Egypt

The subject of Cee’s On the Hunt for Joy photo challenge this week is Sit in the Sunshine.

There was plenty of sunshine in the heatwave in Europe last summer. This is how Dutch people enjoyed time in the sun.

Along the canals of Amsterdam

On a riverside beach

Cee continues her season theme in Cee’s Fun Foto Challenge and this week is summer scenes.

Swan family and ducks at The Moorings of Arlington Heights

Evening at a Wynona Judd concert in August

Friends at the Chicago Botanic Gardens

I could include many more, because summer is my favorite season! 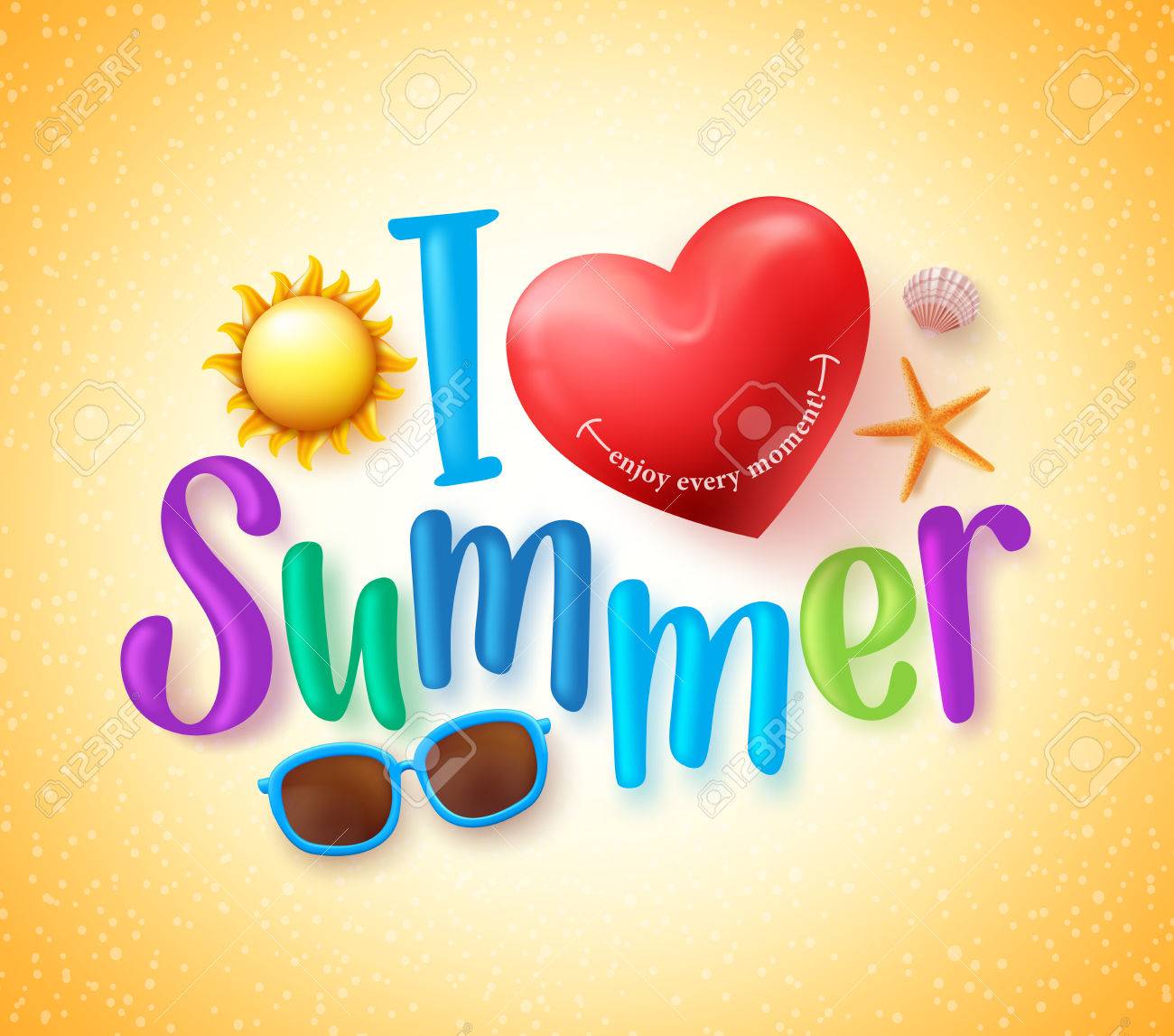