These photos are from past challenges (mostly photos I DIDN’T use), squares and others, for Becky’s October Squares and Cee’s Fun Foto Challenge – straight lines.

The Summer of Frida is my theme for this week’s Monday Window hosted by Ludwig Keck. People in the Chicago area – especially in the suburbs of Glen Ellyn and Wheaton – are going gaga over Frida Kahlo, the Mexican artist who painted a variety of subjects reflecting her experience and Mexican culture, as well as many self-portraits meant to portray her own thoughts and feelings.

At the College of DuPage in Glen Ellyn, Illinois, the theatre on campus built a brand new gallery in 2018-19 specifically to house an exhibit of 26 Frida Kahlo works borrowed from the Dolores Olmedo Museum in Mexico City. After negotiating with the museum for the exhibit, they planned for it to take place in the summer of 2020.

We all know what happened in 2020 – Covid-19 – so the exhibit was postponed, and opened with great success and fanfare on June 5, 2021. It will run until early September.

The exhibit is expected to draw large crowds, so one must buy tickets online with a specific date and time for entry. Already reservations have come in from 48 states and 6 other countries! Not wanting to lose the opportunity to capitalize on this event, the suburban communities of Glen Ellyn and its neighbor, Wheaton, have decorated their downtown areas with festive “papel picado” (colorful banners of crepe paper with designs cut in them), large pots of colorful flowers (Frida Kahlo loved flowers, which figure prominently in her work) and by painting images of the artist on the windows of stores and restaurants.

I have a good friend who lives in Wheaton and is a Spanish professor at the college, so after we toured the exhibit, we went to downtown Wheaton for lunch, where we saw several of these windows.

Frida Kahlo was born in Coyoacan, Mexico in 1907 to a German father and a Mexican mother. Her father was a photographer, so there are many photos of Frida and her family. At school, she was studying the prerequisites for medical school but in 1926, on her way home from school, the bus she was riding in was in a serious accident when it collided with another vehicle.

Frida was thrown to the ground and suffered serious injuries from which she never fully recovered, in spite of having several surgeries. While in a body cast, she began to paint on it, thus initiating her career as an artist.

She broke her pelvic bone, and fractured her back in three places, the result of which she was almost always in pain, and was not able to birth a child.

At the age of 20, she married the famous muralist Diego Rivera, and spent time in New York, San Francisco, and Detroit, where he had commissions to paint murals. Diego said of Frida that she was a better painter than he was! Anyone who sees the beauty of her subjects, and the intricate details and symbolism in her paintings would tend to agree!

Coincidentally, there’s a new biography out by Celia Stahr, called Frida in America. I highly recommend it to anyone interested in knowing more about Frida Kahlo and her work. Several of her works, mainly those painted while she lived in the United States, are featured in the book.

I was looking through my 2014 photos of Savannah and Charleston for another post, and came across this bright circle of stained glass from The Circular Congregational UCC Church in Charleston.

I also took this photo of other stained glass windows, the beauty in their simplicity, at the same church.

The church had a rather interesting graveyard in back, which we also explored, with some very old and historical graves.

For Ludwig’s Monday Window challenge, I am using his post as an inspiration to present windows of Savannah, GA from our trip there in 2014. These windows are from grand houses (some are mansions) we encountered there.

Speaking of the book “Midnight In the Garden of Good and Evil,” Lady Chablis is a main character and she was still around, at least in 2014!

On Monday, Ludwig hosts his weekly challenge Monday Window. I looked in my archives and kept coming across window pairs. Here are a few of them, taken in Brazil, Mont St-Michel (France), Amsterdam, and Germany.

Cee’s Black & White Photo Challenge this week is photos with subjects starting with the letters B and W.

The Dohany St. Synagogue, also known as the Great Synagogue, in Budapest, Hungary, is the largest synagogue in Europe and the 4th largest in the world. It can accommodate close to 3,000 worshippers.

The synagogue was built between 1854 and 1859 in the Moorish Revival style, incorporating decoration based on Islamic models from North Africa and la Alhambra in Granada, Spain. The Viennese architect reasoned that no distinctive Jewish style of architecture could be identified, so he used elements from the people most closely related to the Israelites, most particularly the Arabs.

The synagogue constituted the border of the Jewish Ghetto in Budapest during the Nazi occupation of Hungary, and the complex includes the Jewish Museum, Heroes’ Temple, the graveyard and Holocaust Memorial.

The Dohany St. Synagogue is the center of the Reform Jewish denomination in Budapest. From there, you can take a walking tour of the Jewish Quarter, an interesting historic area in the Pest part of the city.

I haven’t been many places lately, for obvious reasons, so most of my photography the last several months has been of nature. So I dipped back into my archives of our trip to Europe last year to find some interesting specimens for Ludwig’s Monday Window challenge this week. Here are some windows in Wurzburg and Bamberg, Germany.

For Ludwig’s Monday Window Challenge, I am looking back at a cruise we took to the Panama Canal, stopping at several Central American Pacific ports on the way back. All these windows have grates. One of them, however, was taken in Jerusalem last year. 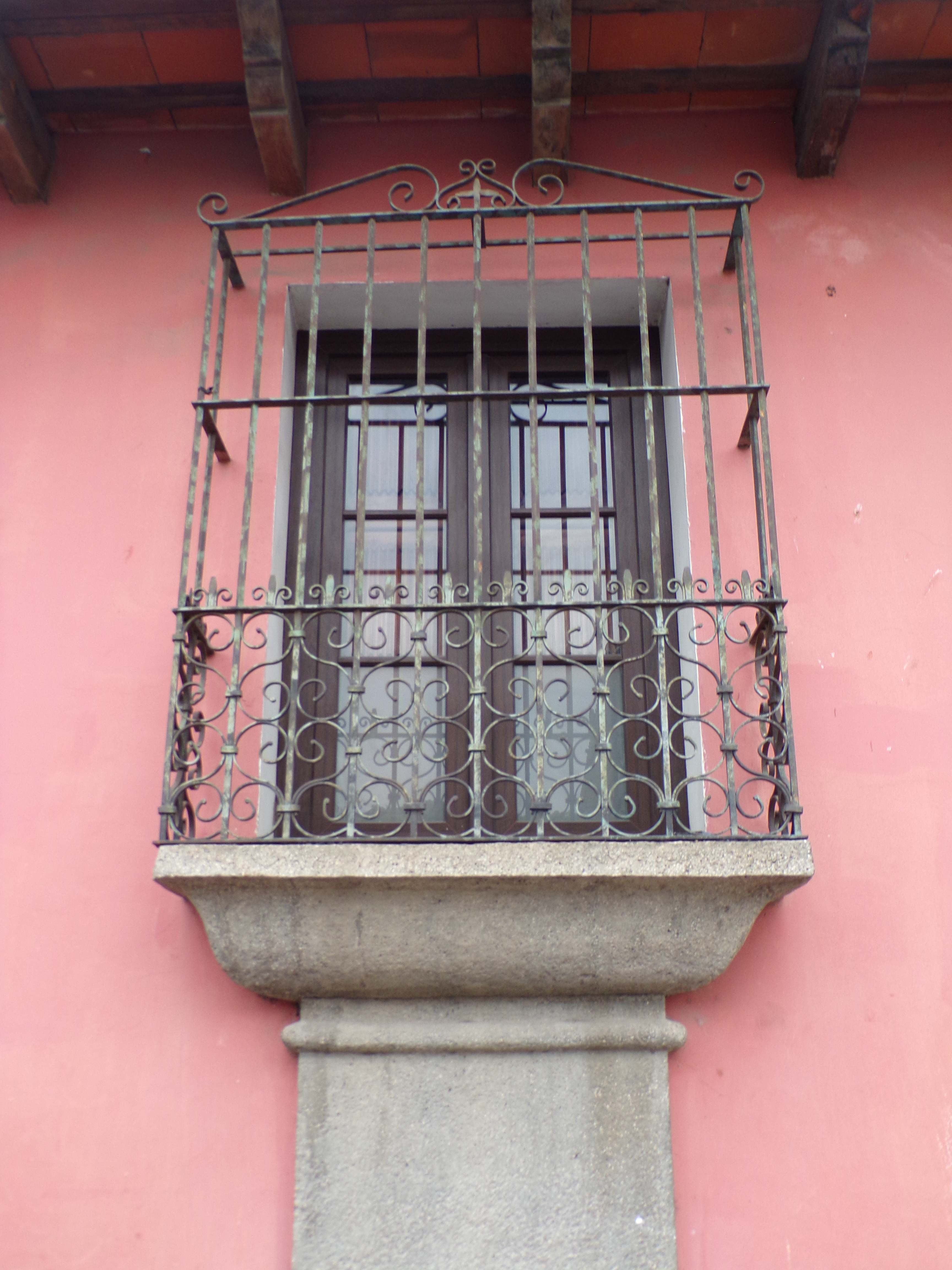 The purple sashes were there because it was Holy Week. 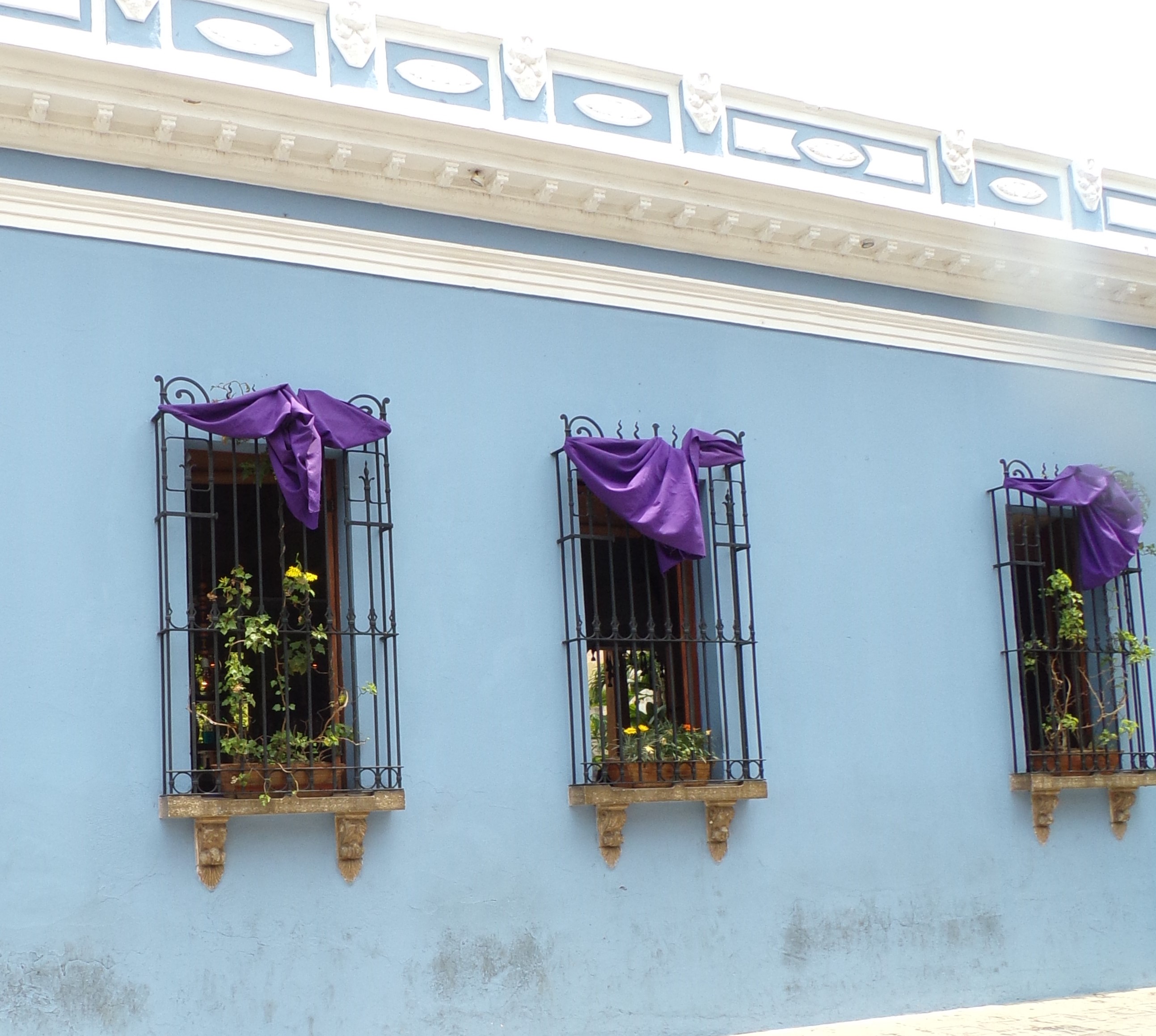 Actually, I think these windows have shutters, not grates.