Feb. 8-10, 2018 we stayed at Ndutu Safari Lodge in the Ngorongoro Conservation Area in the Southern Serengeti. The woman who runs the lodge is British and a long-time friend of our guide. This was the only place we stayed three nights and it was my favorite of all the lodgings we had, primarily because of the genets.

Our first evening at the lodge, we had just sat down for dinner (which was about 7:30 or 8:00 p.m.), when suddenly everyone got up from the table and left the dining room into the lounge, where we first saw the resident genets.

Although they resemble cats in many ways, they are not related to cats at all. In fact, they are cousins to the mongoose. Genets are carnivores that hunt mice and other small prey and are primarily nocturnal. 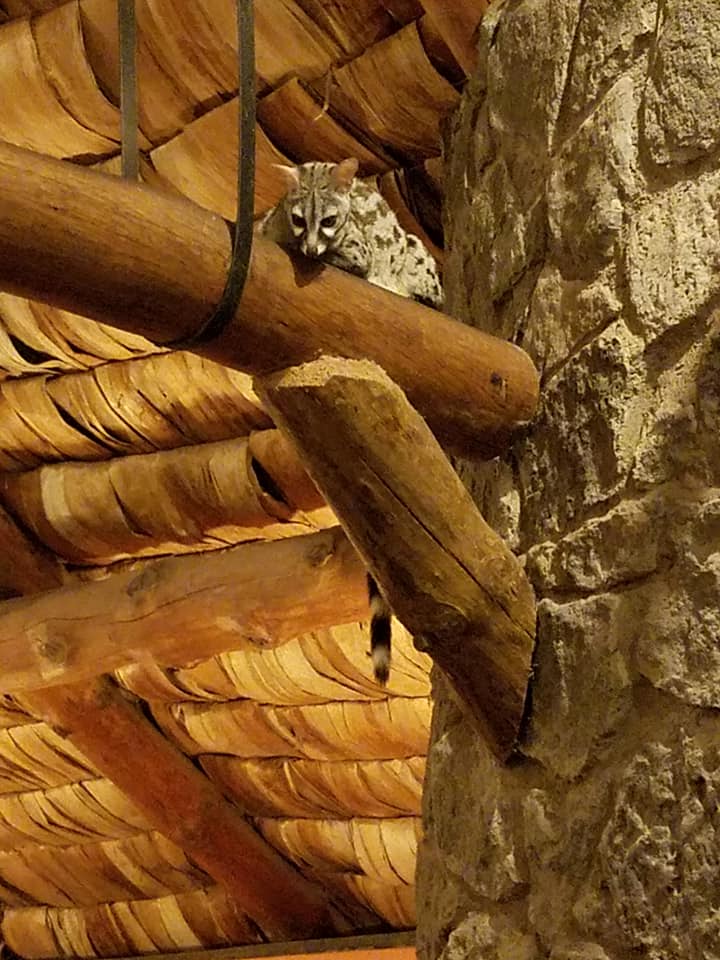 The genet has become the symbol of Ndutu Safari Lodge, because several of them live in the rafters and are fed by the staff, which is why they stay around. They crawl out onto the beams in the evening and gaze down with curiosity at the guests below. 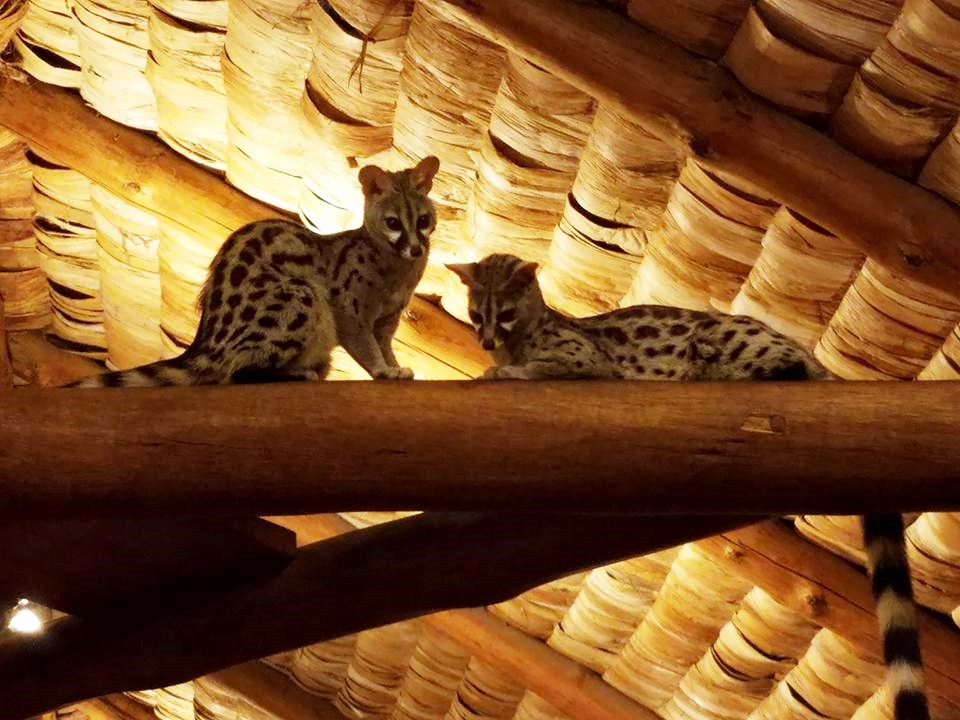 I never got tired of watching them. Such beautiful and inquisitive creatures, I couldn’t help but fall in love with them! In fact, I confess, I cried the day we left because I would no longer see the genets!

Here is the logo for Ndutu Safari Lodge, imprinted/embroidered on the hats, t-shirts, etc. that they sell in the gift shop.

There were also plentiful birds and small mammals & reptiles at Ndutu, including superb starlings,…

lovebirds and another, light-colored bird (a female superb starling, perhaps),… 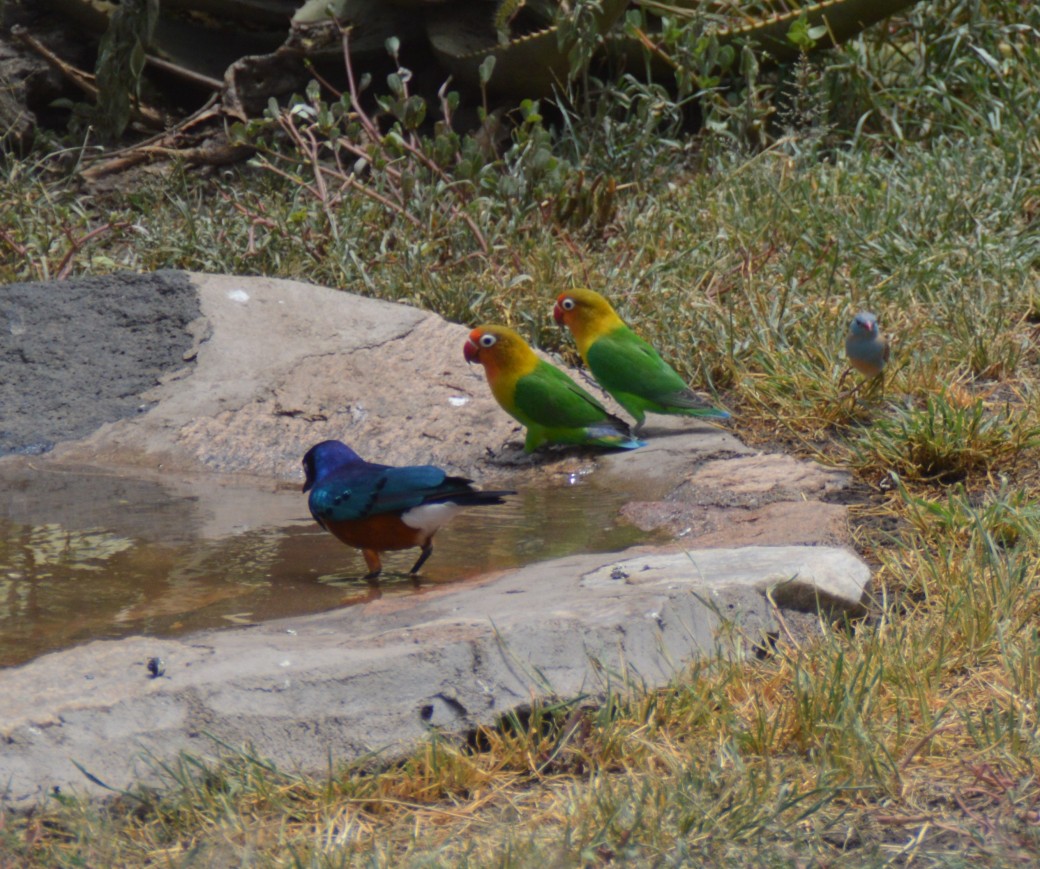 and finally, the ring-necked dove. I didn’t actually get a picture of this annoying bird (the photo below was downloaded from Google Images) but it made itself known every morning and evening with its incessant calls that sounded to me like “No Problem,” “Like Father” to Dale, and “Drink Lager” to our guide, David, who also said the name of the bird is appropriate: ring-necked dove, because you want to wring its neck after hearing its constant call (in fact, I still hear it in my mind two months later!). 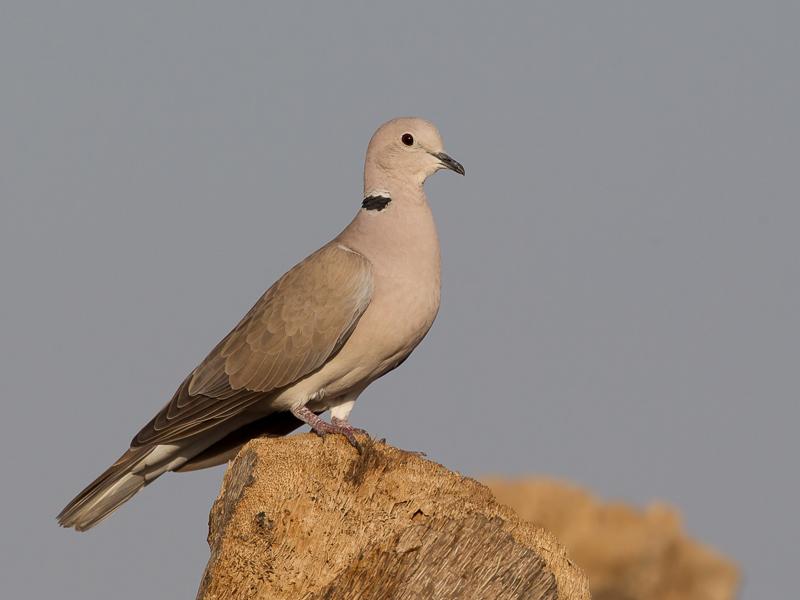 So this is the sound we woke up to every morning and heard in the afternoons while we were at the lodge.

Among the flora at Ndutu was aloe…

and its flowers, many just beginning to bloom… 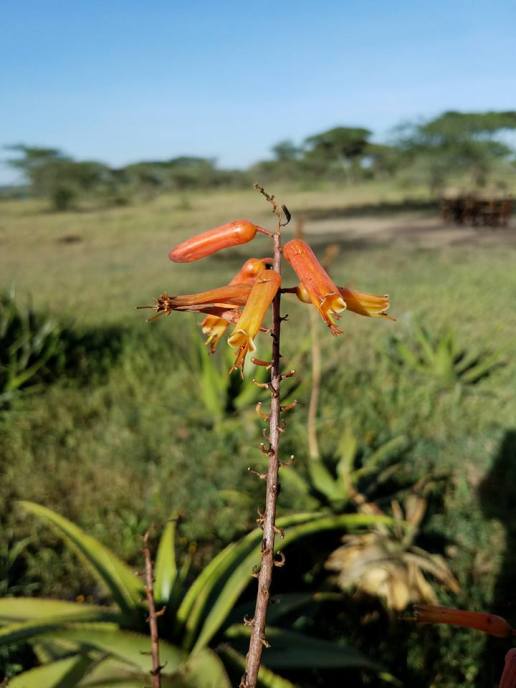 and the usual acacia trees and a variety of other plants that grow on the semi-arid plains of Africa. 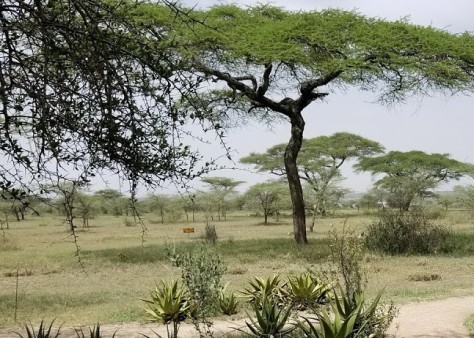 One thought on “Flora & Fauna of Ndutu Safari Lodge”