For today’s Flashback Friday, in the wake of yet another mass shooting, I have decided to re-post what I originally posted on January 3, 2013 (three weeks after the Sandy Hook massacre). I am also including a section from another previous post, written on March 29, 2013.   Pictures of the most recent mass killing, two days ago, have been inserted, as well as of past shootings, and all were downloaded from Google Images.

Charleston, SC, this time in a church by a racist white supremacist. President Obama once again has had to make a speech regarding mass killing, proliferation of guns, and race. Some in the press said he sounded “resigned”. He denied that, although he did say that in the current political climate, nothing is going to be done to curb gun violence. In my opinion, he was frustrated that we cannot have a dialogue about this issue without it being “politicized” and that the high amount of gun violence and mass shootings does not happen in “other advanced” countries.

(3/29/13) The Preamble to the U.S. Constitution outlines the role that the founders thought government should play in the lives of its citizens:

We the People of the United States, in Order to form a more perfect Union, establish Justice, insure domestic Tranquility, provide for the common defence, promote the general Welfare, and secure the Blessings of Liberty to ourselves and our Posterity, do ordain and establish this Constitution for the United States of America.
…
Promote the general Welfare – this is a clause which I often think has been forgotten in the debate about what government should and should not do. …
Promoting the general welfare also means that government should step in to protect the rights of people when these are being infringed, perhaps by an interpretation of other rights. In this case, I am thinking of the first and second amendments to the Constitution. In the Declaration of Independence it declares a “self-evident” truth that all men are created equal and that everyone has the right to Life, Liberty and the pursuit of Happiness. Therefore, the government should seek to protect people’s lives and liberty when these are threatened by a dangerous domestic situation, such as abuse by family members, or

against unreasonable interpretations of another right, including the right to bear arms. Another’s rights end at the tip of my nose: you can swing your arms but you don’t have the right to hit me. Your right to own a gun does not mean you have the right to kill somebody with it, unless it is a clear case of self-defense. The right to own a cache of weapons does not give you or your family members the right to take those weapons and use them to kill innocents.
********
January 3, 2013
The First Amendment states:
Congress shall make no law respecting an establishment of religion, or prohibiting the free exercise there of; or abridging the freedom of speech, or of the press; or the right of the people peaceably to assemble, and to petition the Government for a redress of grievances.

The 2nd Amendment states:
A well regulated Militia, being necessary to the security of a free State, the right of the people to keep and bear Arms, shall not be infringed. 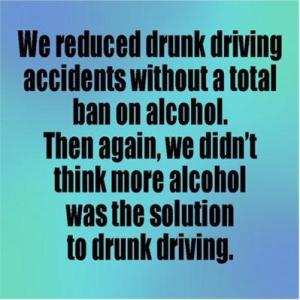 It is Day One of the 113th Congress, and on the agenda, surely, will be legislation to attempt to limit the purchase and ownership of assault weapons, such as those with high capacity magazines and that can fire multiple bullets in seconds. Guns that are designed and meant to kill people. These weapons are not used in hunting. They are not used for self-defense. They are killing machines, appropriate only in the military for purposes of warfare.

How long will it take this new Congress to take action? To minimize the loss of life of children and other innocents in mass shootings. To minimize the assault weapons in circulation that fall into the hands of drug cartels.

However, already there is an outcry by the NRA leadership. As if the right to own guns – including weapons of mass murder – is more important than the right to life, or the rights guaranteed in the First Amendment.

Consider these facts of the current state of affairs in the U.S.A.:

As it currently stands, background checks are destroyed within 24 hours to “protect the gun owner’s privacy.” Is this not skewed?? What about protecting the possible victim(s) and their families from that gun owner? In fact, there IS NO database kept by the ATF of gun transactions, due to opposition by Congress members who consider it a “threat” to the 2nd amendment. Huh? Where in the Constitution does it indicate that the Second Amendment should protect the rights of gun owners above all other rights and responsibilities?

When the ATF searches for records, about a third of the time, they have to dig through records of companies that have closed, searching by hand through cardboard boxes of computer printouts, handwritten index cards or even water stained pieces of paper! This is a travesty, an embarrassment for a country with the most sophisticated computer software on Earth!

In Florida, a law was passed – essentially a “gag order” – prohibiting doctors from asking

their patients about gun ownership. This was done, once again, supposedly to “protect the privacy of the gun owner.” This is ludicrous and again shows the skewed thinking of gun fanatics,who value their “rights” as gun owners over the right to life! It also restricts first amendment rights of freedom of speech and the right to be informed. Doctors have asked such questions in the interest of public health and domestic safety. They discuss this issue with their patients in the interest of protecting their patients from injury or death by guns, particularly in cases of a history of domestic abuse, individuals with anger management issues, alcoholism, and mental illness or instability. This is the duty of physicians – to deal with matters of health, to protect and inform their patients regarding their health. Statistics show that people are much more likely to be killed by a gun in their own home than those in which there are no guns; and that the incidents of self-defense using guns are far exceeded by “accidental deaths” of family members at the hands of guns and by suicides.

Children have the right to grow up to be adults.

Families have the right to celebrate Christmas surrounded by loved ones in joy and peace.

Teachers have the right to protect their students and the right NOT to use or learn to use a gun.

go to the store, or to school, or to play outside, without fear of being shot by random bullets exchanged by gang members or those out looking for vengeance, or by those who simply like to kill. Children have the right to be able to do their homework at home in peace without worrying that a bullet is going to shatter a window and kill or injure someone inside. Children have the right to live without fear of violence.

People have the right to go to the movies and expect to have a good time and go home safely afterward.

People have the right to exercise freedom of religion, to worship in their own way in their own places of worship without fear of being killed by “hate crime.”

Students have the right to go to college, traverse the campus, attend classes, and pursue a profession without fear of being killed by a maniac dressed in black and armed to the teeth.

I could discuss the meaning of the second amendment in the historical context in which it was written, but that is the subject for a future post. The discussion will continue.

I invite comments, compliments, criticisms, anything that will add to this important discussion. Gun owners, veterans, and others with experience using guns should weigh in on this issue – their input is a valuable part of this controversy. The people of the United States of America have had enough, and hopefully this issue will not be forgotten.

113th Congress, President Obama and Vice President Biden, and the Supreme Court, we are waiting for you to provide leadership as we go forward to implement sane gun laws for the protection of all our citizens! 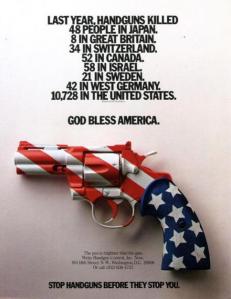