Nuremberg’s St. Sebaldus is a medieval church, built 1225-1273, and Lutheran since the Reformation. It takes its name from Sebaldus, an 8th century hermit and missionary who is the patron saint of Nuremberg. We visited this magnificent church during our tour of Nuremberg on July 2, 2019 as a stop on our Viking river cruise. 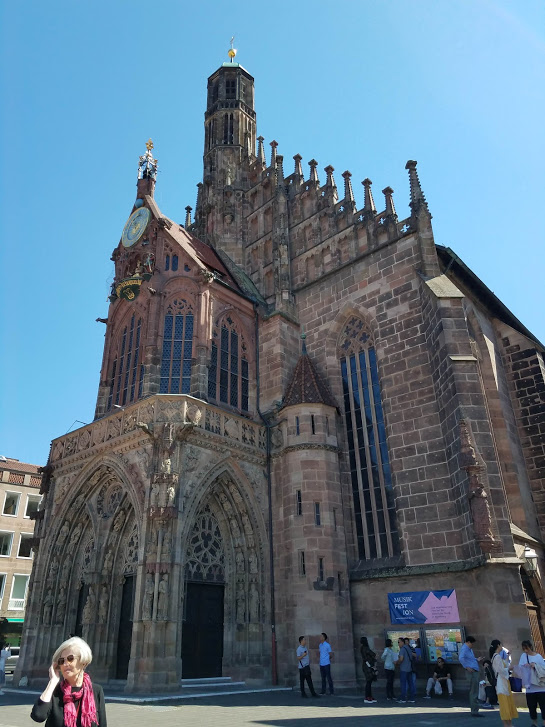 St. Sebaldus was originally built as a Romanesque basilica and in the 14th century several changes were made, including widening of the side aisles, making the steeples higher, and building the chancel. Two towers were added in the 15th century and in the 17th century it was remodeled in Baroque style. During World War II, the church suffered severe damage; undamaged areas of the old interior include the Shrine of St. Sebaldus and the stained glass windows.

The church contains beautiful religious art, both inside and out. Because this post is a contribution to Norm’s Thursday Doors, many of the photos below are of exterior and interior doors of the church. 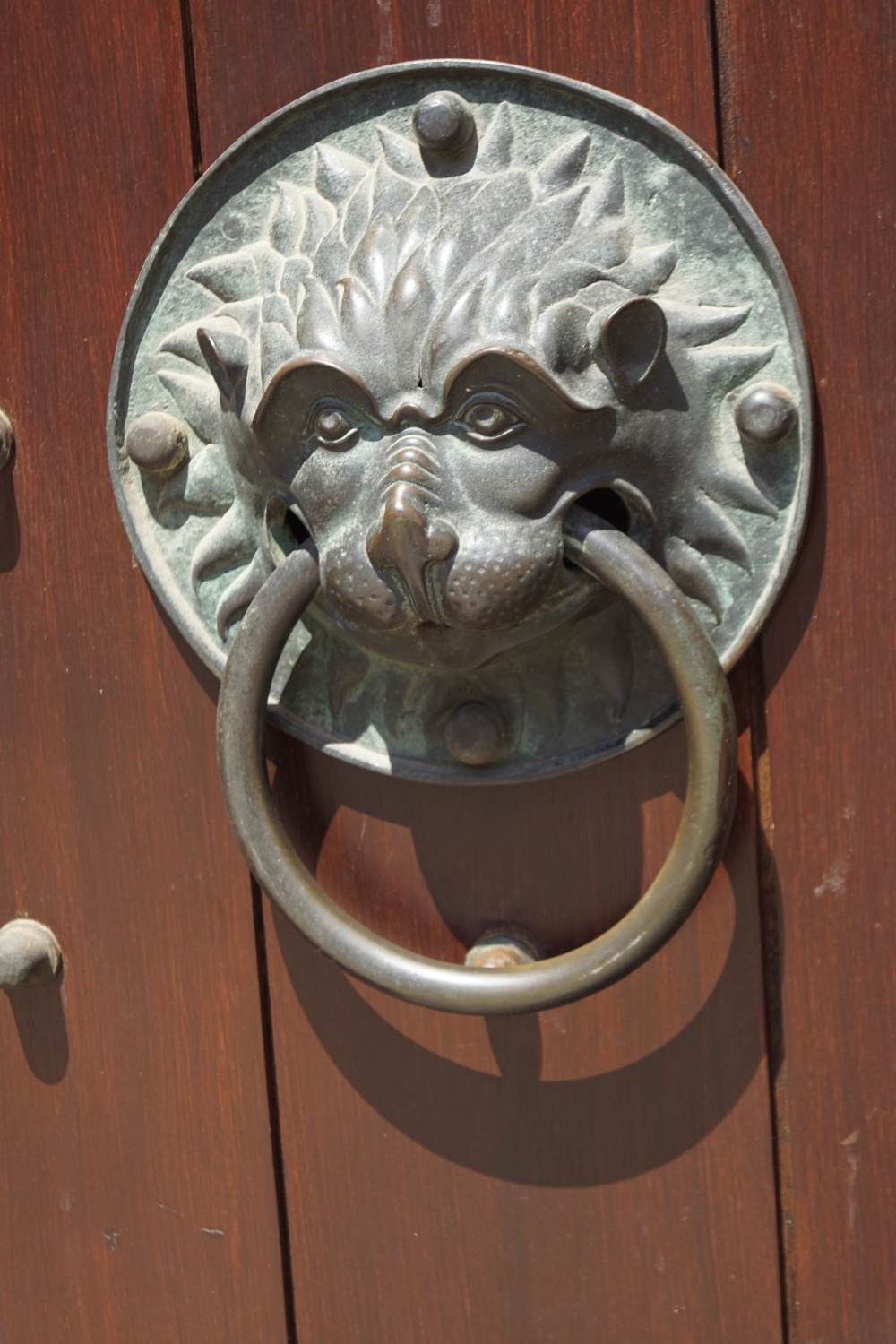 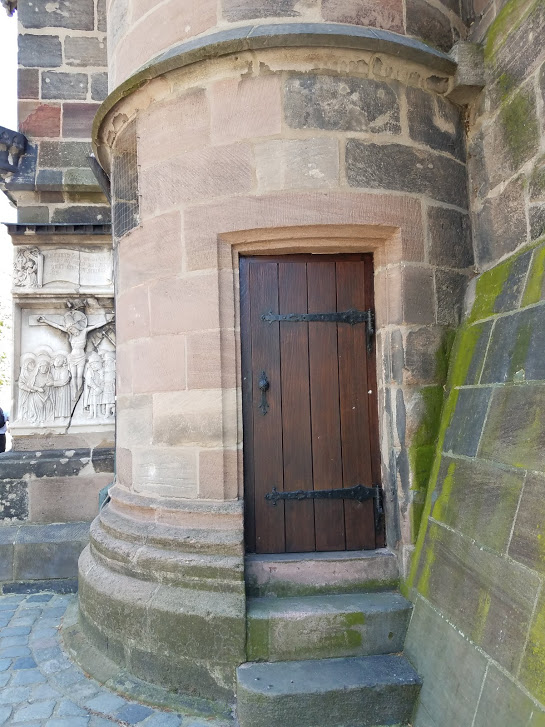 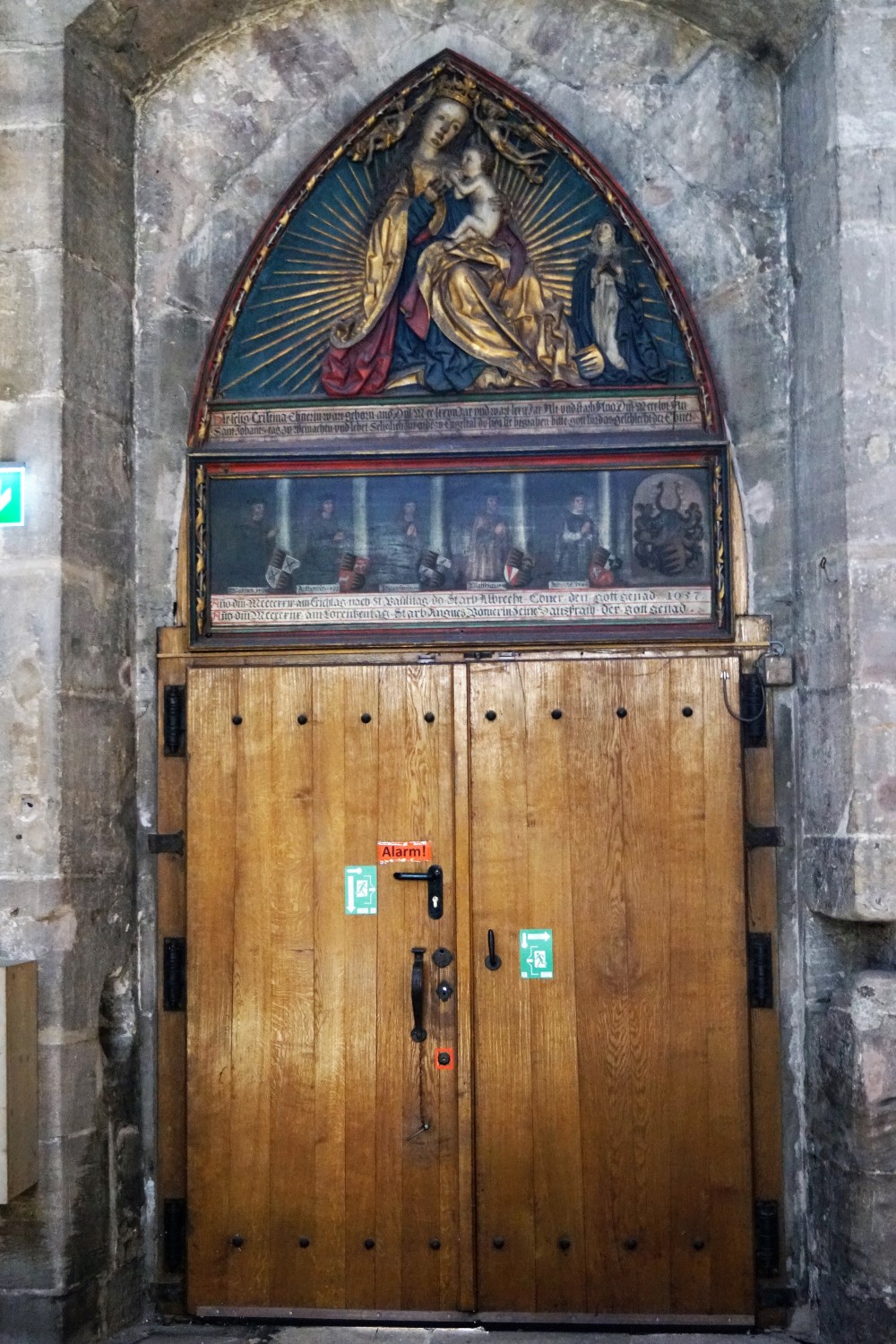 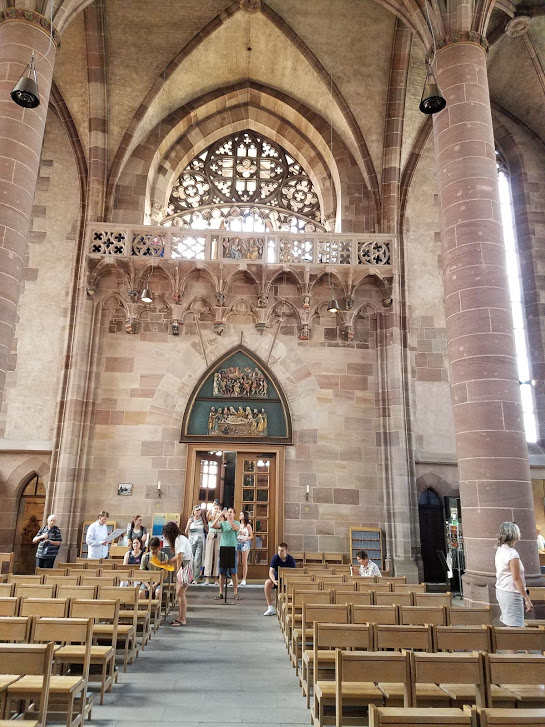 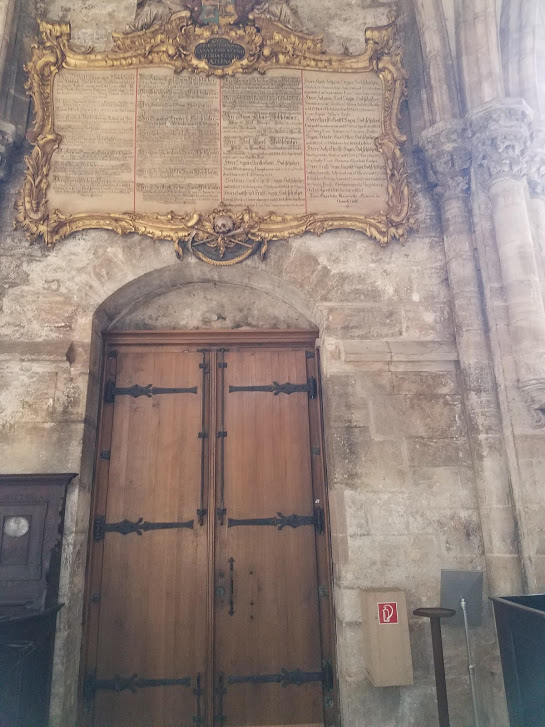 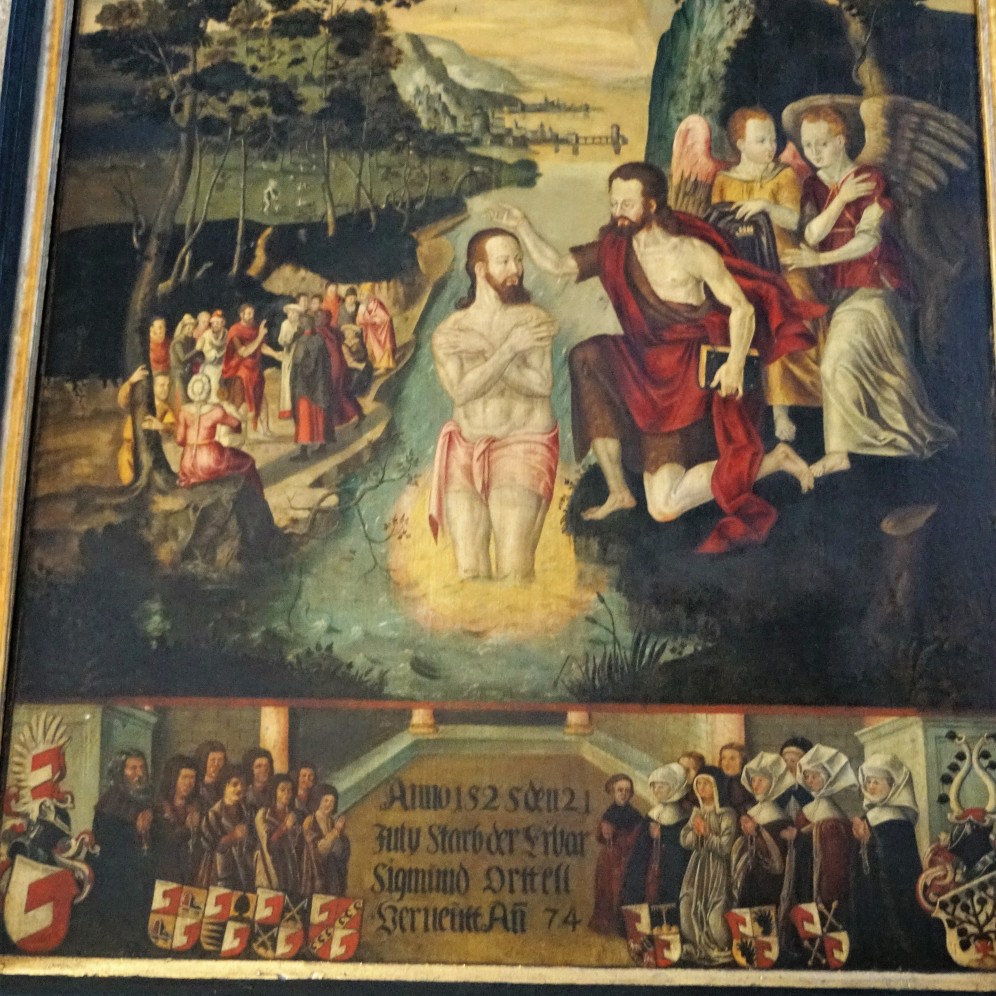 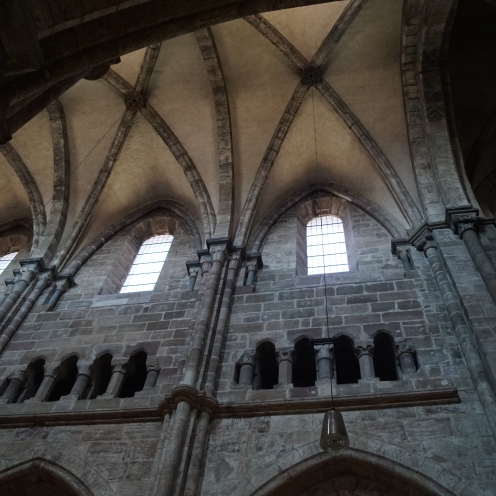 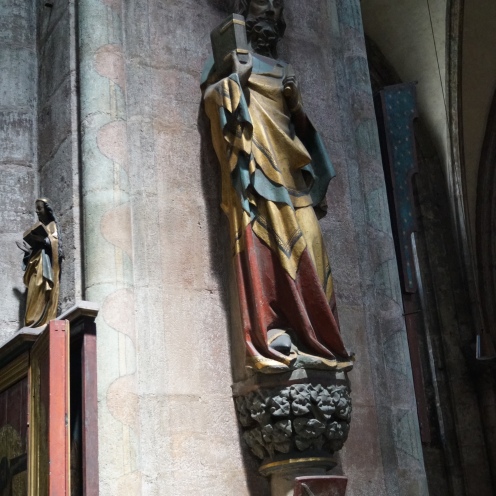 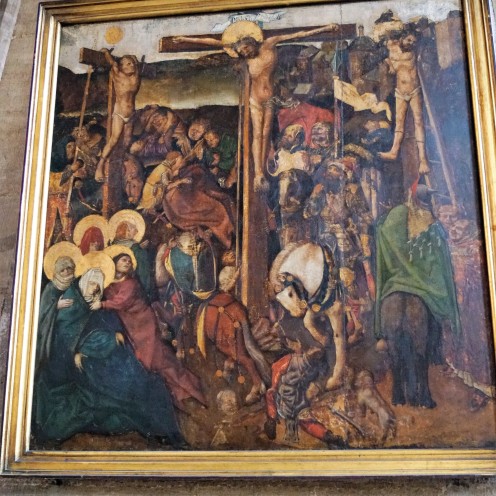 One of the things I found fascinating was the juxtaposition of the old and the modern inside and outside St. Sebaldus Church. 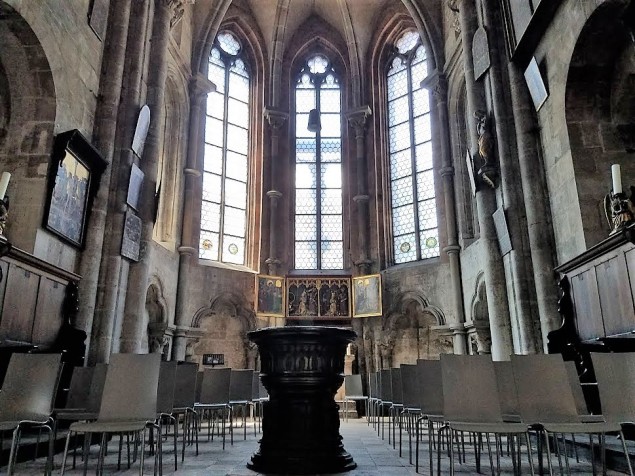 There was an organ in the church by the 14th century, and another was installed in the 15th century. The main organ was built in 1440-41 by Heinrich Traxdorf and until its destruction during an Allied bombing raid in early 1945, it was one of the oldest playable organs in the world. The new organ was installed in 1975. 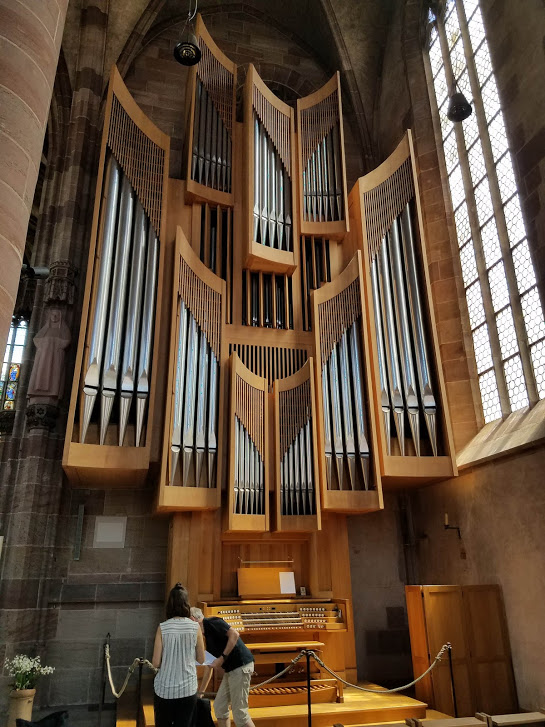 Saying Nothing in Particular

But happily ... JT Twissel aka Jan